Corps Security was founded in 1859 as The Corps of Commissionaires by Captain Sir Edward Walter to provide employment for ex-servicemen on return from the Crimean War. Today, Corps is the UK’s most established and respected specialist security services provider.

Since 1919, Combat Stress, has provided support to veterans from every service and every conflict. Today, Combat Stress is the UK’s leading charity for veterans’ mental health and their support is vital to individuals returning from the armed forces.

For the past eight years, these two organisations have partnered to help ex-military personnel get the support they need to build a career after Service. Salman Shamim, Key Account Director at Corps Security and Garry Burns, Head of Corporate Partnerships and Events at Combat Stress came together to explain this unique relationship:

How does Corps Security aim to support veterans in their return to work?

Corps Security aims to be the employer of choice in the security sector for veterans from all the British Armed Forces. Our innate understanding of the challenges faced in the transition from military to civilian life enables us to offer a supportive and relevant pathway to employment. Our management training programs, structured ways of working and absolute belief in assisting ex-military personnel supports this transition, alongside mentoring and support given by former service people within our organisation. Serving personnel and veterans have incredibly valuable skillsets and qualities that we know our clients can benefit from which is why we also guarantee veterans an interview for every job opportunity that we have available.

What is the mission of Combat Stress?

Combat Stress is the UK’s leading charity for veterans’ mental health. For over a century, we have helped former servicemen and women with mental health problems such as post-traumatic stress disorder (PTSD), anxiety and depression. Combat Stress provides specialist treatment and support for veterans from every service and conflict, focusing on those with complex mental health issues. The work we do is life-changing and often life-saving; no one else does what we do.

Describe the relationship between Combat Stress and Corps Security:

[Corps Security] We have partnered with Combat Stress for 8 years. The relationship started initially as a channel to seek help for some of our veteran colleagues. It quickly became apparent that the work Combat Stress carries out is invaluable which is why our desire to develop our relationship became so important to us. As well as a corporate partner, we are incredibly proud of the way our colleagues (veterans and non-veterans alike) have supported Combat Stress and engaged with not just fund-raising events but also raising awareness of the incredible work they do.

[Combat Stress] Veterans with complex mental health problems as a result of their military experience, need specialist care. Combat Stress provides bespoke treatment proven to work for veterans with PTSD, but the charity is reliant on the selfless donations and support from organisations like Corps Security. The £35k we have raised throughout our partnership so far, has, and will continue to allow Combat Stress to meet the needs of those who turn to them for help. 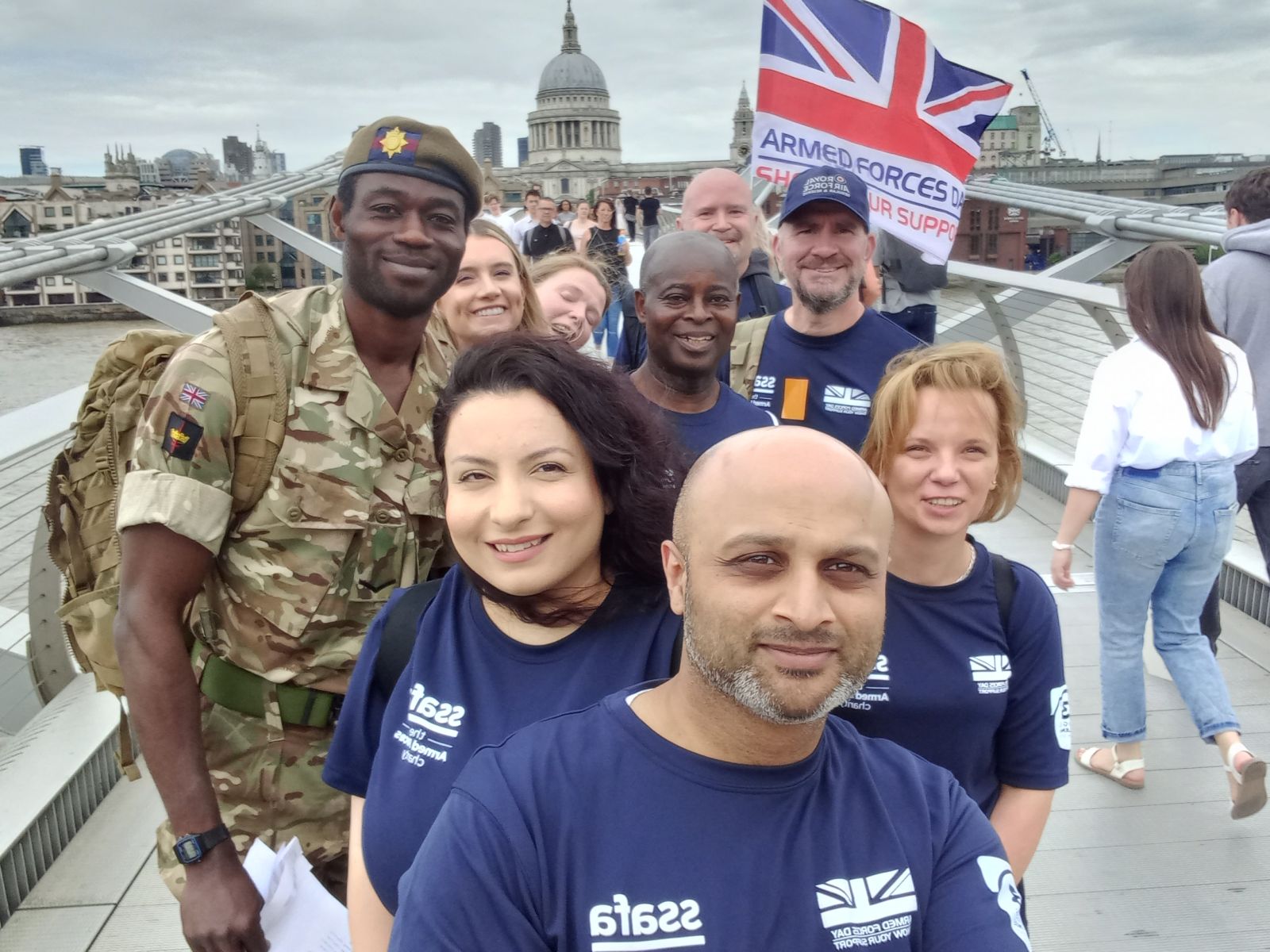 What obstacles do veterans commonly face when returning to civilian society?

[Corps Security] The transition to civilian life can be hugely daunting, and not just in terms of finding employment, but also in relocating family and finding housing etc. The loss of camaraderie, support network and a defined way of working and living can take some time to adjust and accept – and for some it can be more difficult than others. Any employer hoping to employ veterans will be cognisant of this, and especially play to the strengths of former service people and use their skills and abilities to strengthen their organisation.

[Combat Stress] Former servicemen and women bring enormous value to the workplace. Most service personnel make a successful transition to civilian life, but a significant minority can struggle after leaving the military. At Combat Stress, veterans tell them that with the support of their employer, they’re able to engage in mental health treatment alongside full-time work and have a rewarding career applying the skills and knowledge they developed in the military.

How does Combat Stress help veterans overcome these obstacles?

Combat Stress aims to treat veterans’ symptoms and improve their quality of life, allowing them to tackle the past and take on the future. Veterans with complex mental health conditions need a specialist team made up of different mental health professionals to help them which is why Combat Stress directly employs their own clinical staff to provide highly specialised treatment to UK veterans. Their treatment is available online, in the community, and through outpatient appointments.

What effect does a structured job role have on veterans post service?

Bringing structure to any role gives people a clear idea of their part in an organisation and helps them to assimilate into civilian life. Alongside this, having a real understanding of the effect the transition to civilian life has on individuals enables any organisation to get the best out of each individual while supporting them in their career pathway, helping them to set future development plans through upskilling and training. Part of this structure can include diversity and inclusion initiatives like Corps Together, open to all staff, that help to build wellbeing into a routine.

What makes the security industry a good fit for ex-military personnel post service?

The security industry works in a very structured way with clearly defined roles and pathways. This is instantly recognisable to former servicepeople and provides an often immediate fit for them post service. Anyone working within the security industry, especially in management roles, needs to be resilient, agile, and adaptable, and these are all qualities we often see in abundance among service personnel.

What advice would you give to ex-military individuals looking to begin a new career?

We’re always looking to recruit people for a broad range of roles in security. At Corps Security, personality and experience are valued; we look for the potential to perform in security, so even if you’ve not worked in the industry before, if you’re a veteran, you’re guaranteed an interview – all it takes is an application. 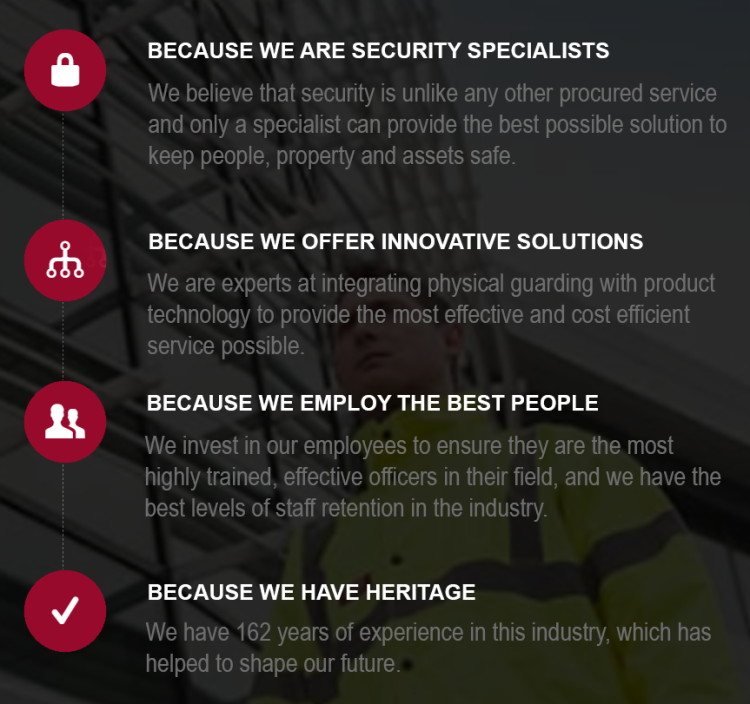 The values of loyalty, integrity and service that were defined over 150 years ago when Corps Security was first founded are as relevant to us today as they were then. As the cornerstones of our corporate ethos, they are at the heart of everything we do – what we call “Living The Brand.” Providing specialist security services is a vital part of Corps Security’s success, however, equally important is our commitment to ensuring that our customers receive an unrivalled level of service that guarantees satisfaction. 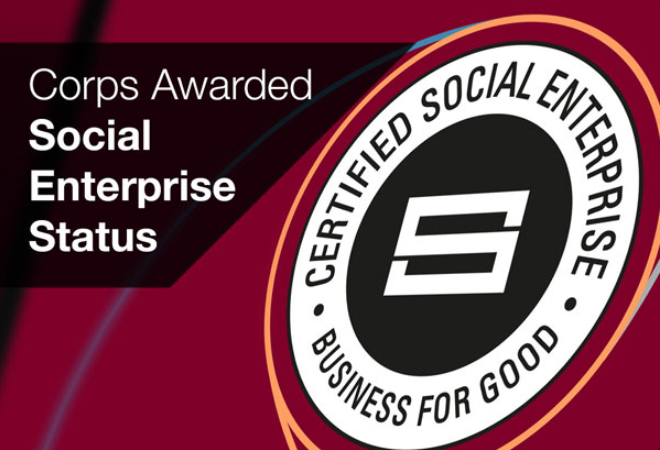 Corps are a certified Social Enterprise and are the only major guarding provider in the UK to have this distinctive status. 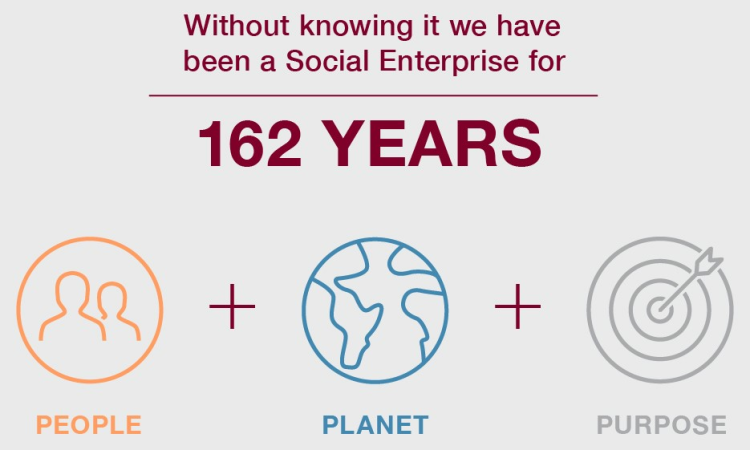 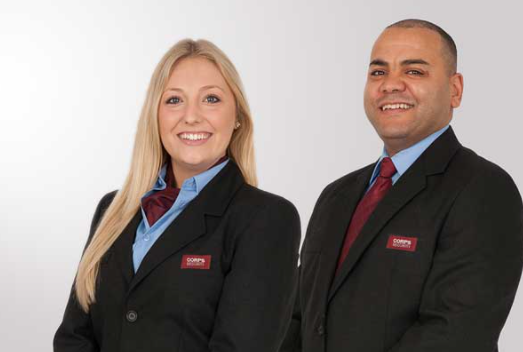 For details of a particular Regional Office please see the Offices section.