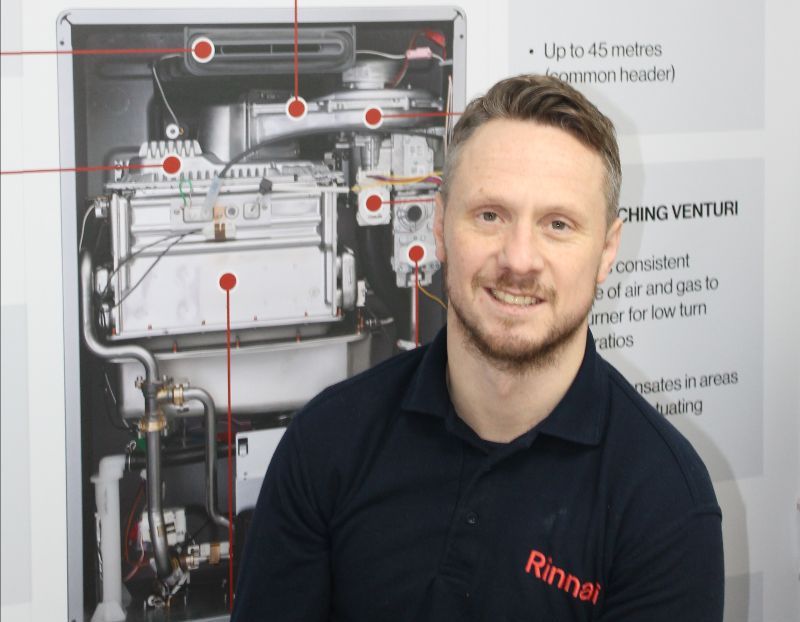 Chris Goggin of Rinnai looks at the advent of energy islands which look set to be a major part of the drive to de-carbonisation in both the international arena and the UK.

Decarbonisation of the industrialised world’s fuel supply is acknowledged as being the overriding priority in tackling climate change. Industry and governments across the globe are currently working on advanced plans to alter the composition of fuel to ensure a carbon free future.

This requires a diversification of fuel production and distribution which does not impinge on fuel supplies that allow the global economy to operate and grow.

On mainland Europe in countries such as Germany, France, and Italy there has been a surge in demand and production of renewables. Denmark has heavily invested, both financially and ethically, in the idea of purpose built ‘energy islands’, floating in either international seas or the territorial waters of sovereign countries.

An energy island is easily explained. It is a manufactured “island” designed with the purpose of generating and distributing power through renewable recourses situated and gathered out at sea. The concept of a floating island or, “Ile Flottante” was first recorded and introduced by Commander Philippe Tailliez of the French Navy in the early 1950s.

Early designs were set in tropical waters and consisted of a collection of interlinking hexagons. Dominic Michaelis, an Anglo-French architect and structural engineer was one of the first advocates of Energy Islands. He explained that each hexagon is: “made up of six equilateral triangles of 300-metre-long sides and would have a longest cross distance of 600 metres and the shortest cross distance of 520 metres. Its area would be 234 000 m (2), or 23,4 hectares. Its size would guarantee its stability in heavy seas.” This structural configuration also offers the possibility to follow a cluster or linear plan.

To put this energy generation into perspective it has been cited that by multiple sources that 1mw could power anywhere between 400 and 700 homes.

A separate system dealing in Hydrogen conversion will also be designed and situated on each energy island. A hydrolysis plant is required to produce Hydrogen, another source of green fuel which can be produced via electricity generated by wind out at sea. D. Michaelis further adds: “Although some of this generated power will be used as electricity, a large proportion can be transformed into hydrogen fuel by electrolysis, with an efficiency ranging from 80 to 90 per cent. Hydrogen is a clean fuel, combining with oxygen when "burnt", to give water or water vapour as its by-product, creating no atmospheric pollution, and therefore considered by many as the Fuel of the Future.” (D. Michaelis).

Denmark has begun planning on installing two artificial energy islands in the North Sea which will triple the country’s current installed wind capacity. The main energy island under planning will produce and provide 3 Gigawatts of energy rising to 10 over time. An area situated 80 km (50 miles) west off the coast of Jutland has been identified as a prime location for its wind and rough sea.

An additional and smaller energy island is also being planned off Bornholm in the Baltic Sea, to the east of mainland Denmark, which eventually will produce 2 Gigawatts of cleanly sourced power.

This project will prove to be the biggest construction project undertaken by the Danish government with initial estimations amounting to around £24bn.

Its projected size will be the equivalent of 18 football pitches – 120,000sq m. Further plans to expand its size by 300 per cent are being discussed by the relevant parties. This site will provide the floor space to accommodate 200 giant offshore wind turbines which will work with the coastal wind to power 3 million households. Green hydrogen will also be mass produced.

The Danish state will claim 51 per cent of the ownership of the energy island leaving free a sizable percentage which is hoped to attract private financial investment.

The Danish climate minister, Dan Jorgenson, has recently been quoted referring to the idea that Denmark could produce too much energy to use themselves, opening up the possibility that neighbouring countries could also benefit.

The UK's Plans for Energy Islands

Two smaller UK energy islands are currently being discussed: one in Cornwall, the other in Anglesey. Both are hoping to generate cleaner forms of fuel production for domestic and commercial use, as well as provide a scope of extra vocational options made available through new industry. A case study carried out by researchers at the Major Energy Delivery Programme estimate that over a period of 15 years the North West Wales regional economy could receive up to £2.5 billion with extra employment accounting for 8.6 per cent of Anglesey’s expected GDP (Hall, Gareth).

Man-made energy islands possess the capability of syphoning off natural recourses to transmute into domestic and commercial power through a range of innovative and diversifying practises; the generation of electricity, hydrogen and oxygen is produced in quantities vast enough to power entire countries with fuel that does not cause levels of harm to the planet.

The installation and maintenance of energy islands will create new innovative industries and job opportunities that will aid further expansion of the local economies. If Denmark’s approach proves successful, energy islands will become a primary source of greener fuel production and economic growth.

FM, Installers, site managers, contractors and all end-users simply call 01928 531870, select technical and if the call is not answered immediately leave a voicemail. Response will be within one hour between 0800 – 22:30 / 7 days a week. This means that there will be a technical response every day of the week.
Email engineer@rinnauk.com or sales@rinnuk.com
Visit www.rinnaiuk.com and see the website homepage “Help Me Choose” or “Ask Us a Question”.