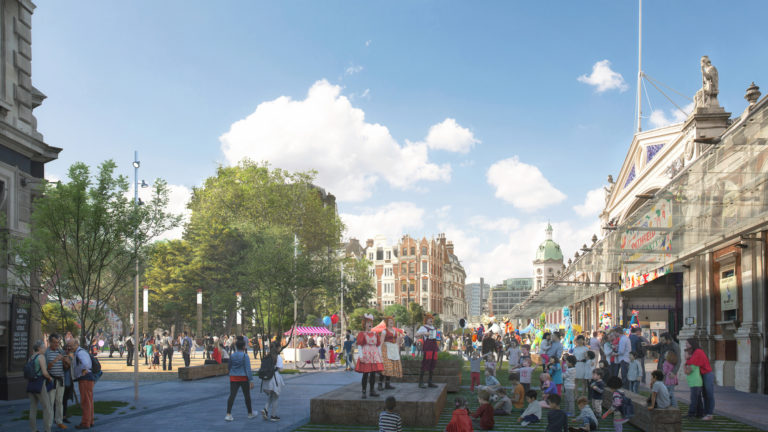 The City of London has announced the winners of the Smithfield Area Public Realm competition – a plan to create a vibrant, exciting and welcoming new destination within the Culture Mile.

Smithfield, although now surrounded by plush offices and cafes, is still a functioning meat market – although there are plans for the City Of London Corporation to consolidate its markets into one space.

Thousands more visitors and workers are expected in the area following the opening of the Elizabeth Line. Smithfield already boasts stylish and co-working offices.

The project will deliver new public spaces across the whole Smithfield area whilst transforming the pedestrian experience by replacing some of the existing road networks with new footpaths and landscaping – thus creating healthier, well-lit and safer streets while helping improve air quality by reducing emissions from traffic.

“This is a challenge to reimagine the identity of the entire Smithfield area for the enjoyment of London’s residents and its visitors."

Okra and HawkinsBrown will lead whilst some of the other winners will act in more of a consultancy role. The overall proposal responded to the different historic street patterns in the area, taking into consideration the surrounding character and uses. It also set up methods for introducing greenery into the area, alongside a healthy streets approach, and designing a spacious and welcoming ‘threshold’ area for the major institutions that will be opening on the site.

"Our initial scheme is based on the idea of the field – returning the area’s lanes and rat-runs into a single identifiable place that provides a range of settings for civic activities," continued Darryl Chen, Head of Urban Design at HawkinsBrown. "The design of public spaces could really blur boundaries between inside and outside, and redefine how culture is expressed in the public realm.

"Our practice has been long-time residents of Farringdon and we look forward to revealing the stories and significance it has had for many in the area.”

Okra has been working for some time on improving public space in and around London. Such as Cutty Sark Gardens, one of the key projects in the Mayor’s Great Spaces initiative for public space, and Meridian Water, one of the largest development areas in North London covering 85 hectares.

To read about the Cutty Sark Gardens project – Click Here 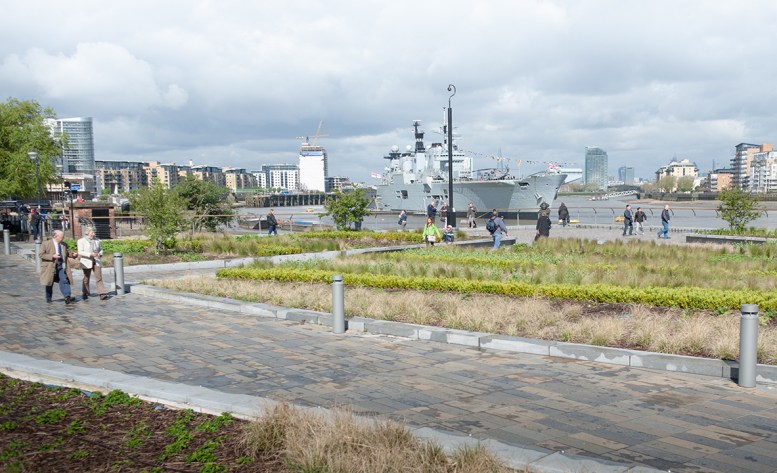 The whole Smithfield area which runs from Farringdon Street to Aldersgate. The new public realm will transform the pedestrian experience by replacing some of the existing road network with new footpaths and landscaping – creating healthier, well-lit and safer streets while helping improve air quality by reducing emissions from traffic.

For more on the Culture Mile project – Click Here