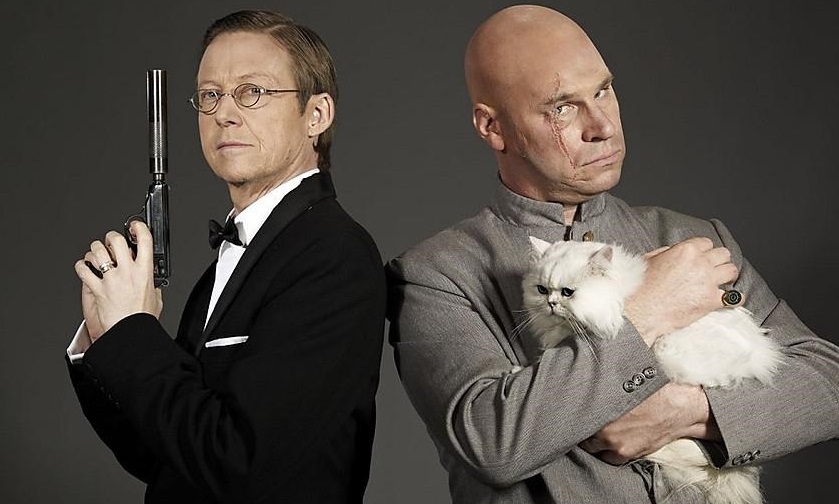 PwC has transferred 4,418 former Carillion jobs in one big move while BGIS has snapped up a tranche of the former-Carillion portfolio. Serco meanwhile has slashed what it will pay for contracts it bought whilst Carillion was going under.

Global American firm BGIS (Brookfield Global Integrated Solutions) is to acquire a large portfolio of Carillion facilities management contracts (taking 2,500 jobs) in the UK in a completely separate move to that announced by Special Managers and Provisional Liquidators PwC which will save 4,418 former Carillion jobs.

Meanwhile, Serco has gone back to the governments insolvency service and the administrators to renegotiate the agreement it had directly with Carillion to purchase a range of NHS and healthcare facilities management contracts - knocking a whopping £20 million off the price originally offered.

BGIS
Valentine's Day saw Brookfield Global Integrated Solutions (or BGIS as they are better known as a global real estate and facility management services provider) announce they entered into an agreement with the Special Manager for the Official Receiver (PwC - Price Waterhouse Cooper) to acquire a large portfolio of Carillion facility management contracts in the United Kingdom in the hospital, education, justice, transport and emergency services markets.

The deal is subject to closing conditions and is expected to close in the first quarter of 2018.

Gord Hicks, Chief Executive Officer, BGIS, said: “This deal provides continuity of services for a large number of customers providing critical infrastructure within the UK market. Our team is looking forward to engaging both customers and employees in the days ahead to effect the transaction and ensure a smooth transition.”

“BGIS has a long-established track record of serving federal and regional government as well as large corporate clients and onboarding complex, multi-site contracts around the world,” said Mark Marquis, Chief Commercial Officer BGIS. “With this transaction, we look forward to building a large presence in the UK facilities management market and providing customers with the same service and capabilities that we do throughout the globe.”

Who is or are Mr Bigs?

ThisWeekinFM has contacted both PwC and the Official Receiver. However, neither organisation was willing to identify purchasers or elaborate on other arrangements.

A spokesperson for the said: “Arrangements have now been finalised to transfer prison facilities management and defence bases catering and cleaning contracts to new providers and as a result we have been able to safeguard employment for a further 4,418 employees.

“Employment could not be secured for a further 59 employees working on paused construction projects and regrettably they will leave the business. Those who have lost their jobs are entitled to make a claim for statutory redundancy payments.

“Most employees who have transferred so far have done so on existing or similar terms and I will continue to facilitate this wherever possible as we work to find new providers for Carillion’s other contracts.

Ongoing employment has been confirmed for more than a third of Carillion’s workforce so far as part of the liquidation. The spokesperson also said: "There is a lot of interest from potential purchasers in the contracts the company delivered which will see the number of jobs safeguarded continue to increase."

Figures
in total, to date 6,668 jobs have been saved and 989 jobs have been made redundant through the liquidation. The spokesperson added: "continued support by Carillion’s public and private sector customers is enabling as many employees as possible to be retained in the interim until all contracts have been worked through."

Gov Facility Services Limited
Friday Jan 26 saw the Ministry of Justice announce the creation of a new government owned facilities management company (Gov Facility Services Limited) to initially only take over the delivery of the prison facilities management services previously provided by Carillion such as cleaning, reactive maintenance, landscaping and planned building repair work. This took in 1,000 staff, including 100 contractors, who were previously employed by Carillion.

Serco swoops
A revised Business Purchase Agreement (BPA) has now been signed between Serco Group and PwC (Special Managers and Provisional Liquidators) acting on behalf of the relevant Carillion subsidiaries. The BPA alters the agreement that Serco made directly with Carillion in December 2017 (which was instigated in October 2017).

It is now up to PwC to ensure the requisite third party consents that allow Serco to take on the contracts are agreed with each individual client.

If all the contracts are transferred to Serco under the revised BPA process, the total consideration payable would be £29.7 million - the original estimate of the purchase price was £47.7 million.

Fire sale
The 15 contracts to be acquired by Serco provide facilities management services to NHS sites across the UK, covering five acute hospital trusts and around 20 other public sector organisations. The portfolio has current annual revenues of approximately £90 million and a weighted average remaining term of 14 years.

About BGIS
BGIS employs 7,000 globally and manages over 320 million square feet of client portfolios across 30,000+ locations in North America, Europe, Middle East, Australia, New Zealand and Asia. BGIS is a subsidiary of Brookfield Business Partners aka BBU. BGIS and BBU are subsidiaries of Brookfield Asset Management, a global asset management company focused on property, infrastructure, renewable power. It has over $250 billion in assets under management in North and South America, Europe and Australasia. Brookfield has been a long-term investor in the UK with over £25 billion invested across property, infrastructure, renewable power and critical service businesses in the UK market.

Picture: With thanks to Kermode and Mayo Film Review Facebook