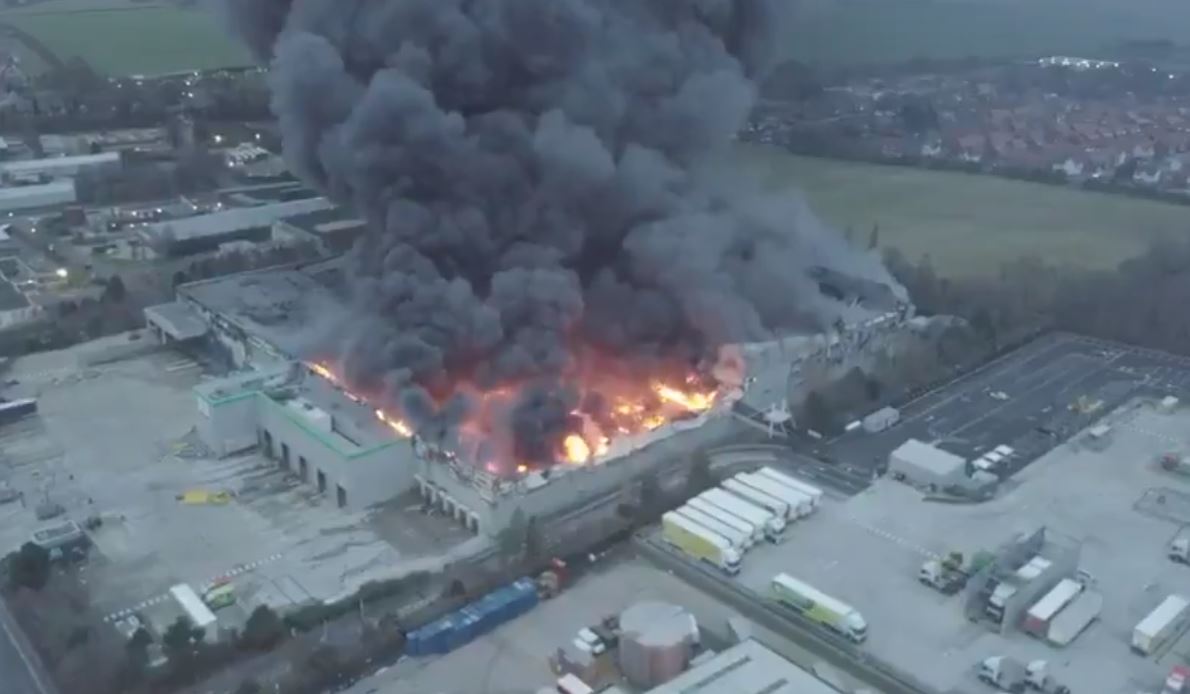 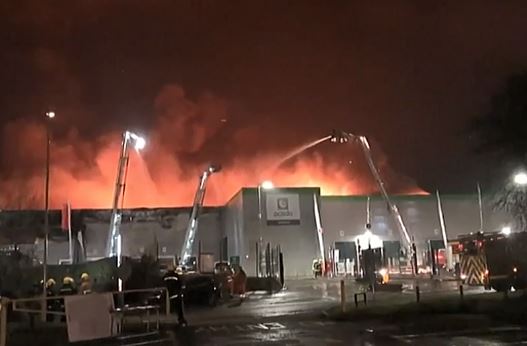 Ocado's massive robot controlled warehouse in Hampshire was destroyed by fire on Tuesday (Feb 5). The company has now delivered an update to ThisWeekinFM - including the effect the fire will have on the company's business.

Ocado's share price fell by six per cent  on Thursday.

A spokesperson told TWinFM: “Since our last update, the Fire Brigade has continued to work to bring the fire at Andover under control. Due to concerns over the presence of pressurised refrigerants on site, the police conducted a limited evacuation of the immediate area on Wednesday evening."

(Ocado vans from other depots delivered food to evacuees.)

The spokesperson continued: ""The removal of these materials is now complete and the evacuation area has been removed, with local residents and workers now able to access the affected area as normal.

"The Fire Brigade is expected to remain on site for at least the next few days but Major Incident Status has been removed.

"Ocado has been working closely with the emergency services and other organisations. Ocado vans with food, drink, nappies and other essentials were sent to Andover and hotel rooms were made available for those who had to leave their homes during the night.  We would like to thank the large number of local businesses that came to the assistance of the community."

According to the spokesperson, there has been substantial damage to the Andover building and its contents. "Ocado is working hard to minimise disruption for customers by increasing capacity at other facilities," the spokesperson said.

About 200 firefighters were involved in tackling the fire which broke out at 2:44am on February 5 and was declared a major incident on Wednesday.

Part of the roof collapsed.  Four firefighters have been treated for minor smoke inhalation.

It was not until 8:35am on Thursday February 7 that Hampshire Fire and Rescue Service (HFRS) confirmed that the evacuation area around fire site had been lifted. Roads around are the site were opened, although firefighting operations continued.

Teams from HFRS worked overnight to support the safe removal of toxic chemicals which has been successfully completed.

HFRS Group Manager Nigel Cooper said: "We are pleased to have been able to safely remove the chemicals from the site throughout the night and into the early hours of this morning (Thurs 7), meaning we can lift the evacuation zone. It is thanks to the efforts of all our teams, on the ground and elsewhere, that we managed to contain the incident when it unexpectedly escalated late yesterday afternoon."

Fire crews from neighbouring services were dispatched to provide support for what was a challenging and complex incident. HFRS worked alongside it’s Local Resilience Forum multi agency partners to minimise the disruption to nearby businesses and residents.

Group Manager Cooper added: "Our teams, and colleagues from Oxfordshire, Dorset & Wiltshire, Royal Berkshire and Hertfordshire have shown commitment and professionalism in dealing with a complex operation in incredibly challenging circumstances."

An investigation will commence as soon as fire operations are ended. At this time, it is suspected that the fire originated in the automated packaging department - 30,000 orders were prepped each week almost entirely by robots.

Picture: Deliverance - a major fire at Ocasdo's robot operated Andover warehouse saw no injuries...apart to the online grocer's share price which fell six per cent on the news.

Government to Invest in Robotics and AI Projects

The Department for Business Energy and Industrial Strategy is to invest in 38 business-led projects to accelerate their robotics and AI technologies. Such...

While people generally prefer to see jobs go to people rather than to robots, this preference reverses when they consider their own jobs. In that case, they prefer to...

Bolting In Bots On The Road To Smart FM

A combination of robotic and internet technology is transforming the efficiency and effectiveness of contract cleaning, writes Christian Berenger, who believes we are...

Bots on the Landscape?

A workplace where people and robots collaborate, employees’ personal brands are bigger than their employers’ and the office is a destination for wellness....

Datore is a business intelligence platform that provides visual analytics and AI solutions to allow companies to optimise their energy usage and sustainability...