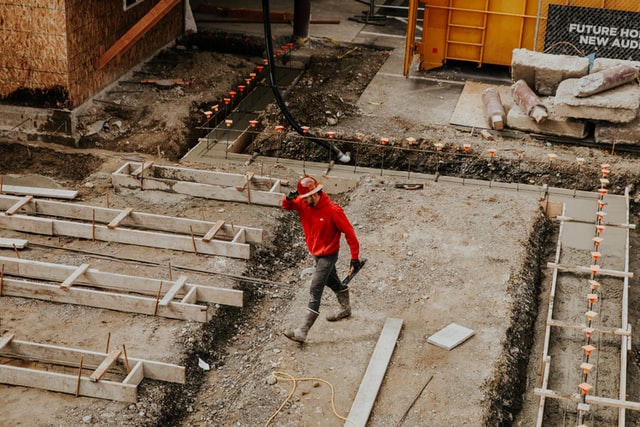 Research has revealed a significant gap in understanding and awareness of modern slavery in UK SMEs.

Over half are not covered by the Modern Slavery Act 2015, falling under the reporting threshold, and therefore threatening large enterprises through their supply chain and leaving SMEs exposed to the risk of having modern slavery in their business.

In fact, one in five (20 per cent) of UK SMEs are unaware of the Modern Slavery Act 2015 altogether, according to insights from Alcumus.

To address this gap, and empower the nation’s SMEs, Alcumus has partnered with the charity, Unseen, to launch a toolkit for businesses that will include useful information to tackle modern slavery.

"The Modern Slavery Act is broken; the government is not fully engaging with SMEs and therefore the act falls short of ensuring all these companies understand their own risk and exposure."

Large enterprises appear to be actively engaging with their obligations as defined by the Modern Slavery Act, with the majority (84 per cent) having contacted all of their UK based suppliers to check their compliance to the Modern Slavery Act 2015 and 81 per cent saying they offered help and support.

Modern slavery awareness and demonstrable action also form a key part of the procurement process. Research from Sodexo recently showed that two-thirds (66 per cent) of business leaders say they have already started replacing suppliers in the last year that don’t live up to their diversity and inclusion values and 65 per cent said they have parted ways with supply chains that do not align with their own environmental policies over the last year.

Yet, with UK SMEs forming (and aspiring to form) a key part of the supply chain of many large enterprises, and them accounting for three-fifths of the employment and around half of turnover in the UK private sector last year, the survey reveals that there is a huge knowledge gap that needs to be addressed within this market segment:

SMEs a Crucial Part of Any Supply Chain

SMEs are an essential part of any large enterprises’ supply chain that help businesses to effectively meet the needs of their end customers. Given the commercial relationship between the two, it is highly important for large enterprises and SMEs to work in sync and address any gaps that may impact their partnership.

When UK enterprises were asked about the level of information they try and obtain from SMEs on their policies around modern slavery, they stated that they are asking suppliers not only for a statement of compliance, but also for evidence to show they have processes and procedures to support it, and that they in turn check on their own supply chain.

However, when UK SMEs were asked about the level of contact being made and support being provided by enterprises, the picture changes dramatically. The research reveals that only half (53 per cent) of SMEs have been contacted by their clients to check their compliance with the Modern Slavery Act 2015. This rises to 66 per cent among larger SMEs with 51+ employees and 58 per cent for those with 11-50 employees respectively but remains below what enterprises claim they have done.

The majority of SMEs (82 per cent) who have been contacted by their clients confirmed that they were offered appropriate help and support.

"Big corporates have to check their supply chains and make sure that they aren’t inadvertently exploiting people – but how can the system be expected to function when that supply chain is neither required nor realistically able to keep track of labour conditions in suppliers and customers in a globalised economy?

How to Increase Modern Slavery Awareness

The Modern Slavery Act 2015 has helped to improve awareness of the risks around exploitation and it has created greater responsibilities, particularly for larger companies to report on what steps they are taking to reduce their exposure to potential risks. However, there are still shortcomings over practical understandings of the forms that modern slavery takes and the proactive activity that is required to minimise risk.

Due to the hidden nature of modern slavery, and the apparent lack of understanding of how modern slavery works, it can be easy for businesses to miss identifying simple incidences of exploitation, such as workers being paid low wages or a wage that is kept by their owner. This knowledge gap must be closed. SMEs need to take modern slavery seriously to be considered as suppliers by large corporates – currently, only 18 per cent of SMEs have large corporate clients.

In terms of additional support, 46 per cent of SMEs think that more specific information from the government on how to become compliant would encourage their company to make it a higher priority on their business agenda. The use of digital tools to assist with internal compliance audits and the threat of financial penalties are also seen as effective ways to encourage businesses to prioritise compliance to modern slavery.

However, 66 per cent of SMEs believe that it is the responsibility of both government and businesses to tackle modern slavery issues. More than half of SMEs (53 per cent) state that a higher civil financial penalty would encourage organisations to take modern slavery more seriously. As such, three in four UK SMEs (74 per cent) believe that the government should fine companies that are not compliant with he Modern Slavery Act 2015.

Gemma Archibald, Chief Operating Officer, SME at Alcumus commented that identifying and eliminating modern slavery from a supply chain not only requires the practical understanding of what violations look like, but also an understanding of where they generally occur:

"The Modern Slavery Act is broken; the government is not fully engaging with SMEs and therefore the act falls short of ensuring all these companies understand their own risk and exposure.

"While the government can take a far stronger stance here in leading companies to meaningful compliance, we believe that one of the best ways to reduce modern slavery across supply chains is through the adoption of enhanced and reliable awareness at a corporate level. At Alcumus, we offer guidance and relevant technical solutions that can help where not enough human resource can be dedicated due to lean organisational structures or the lack of capital to provide safer workplaces, in their own businesses as well as their supply chain." 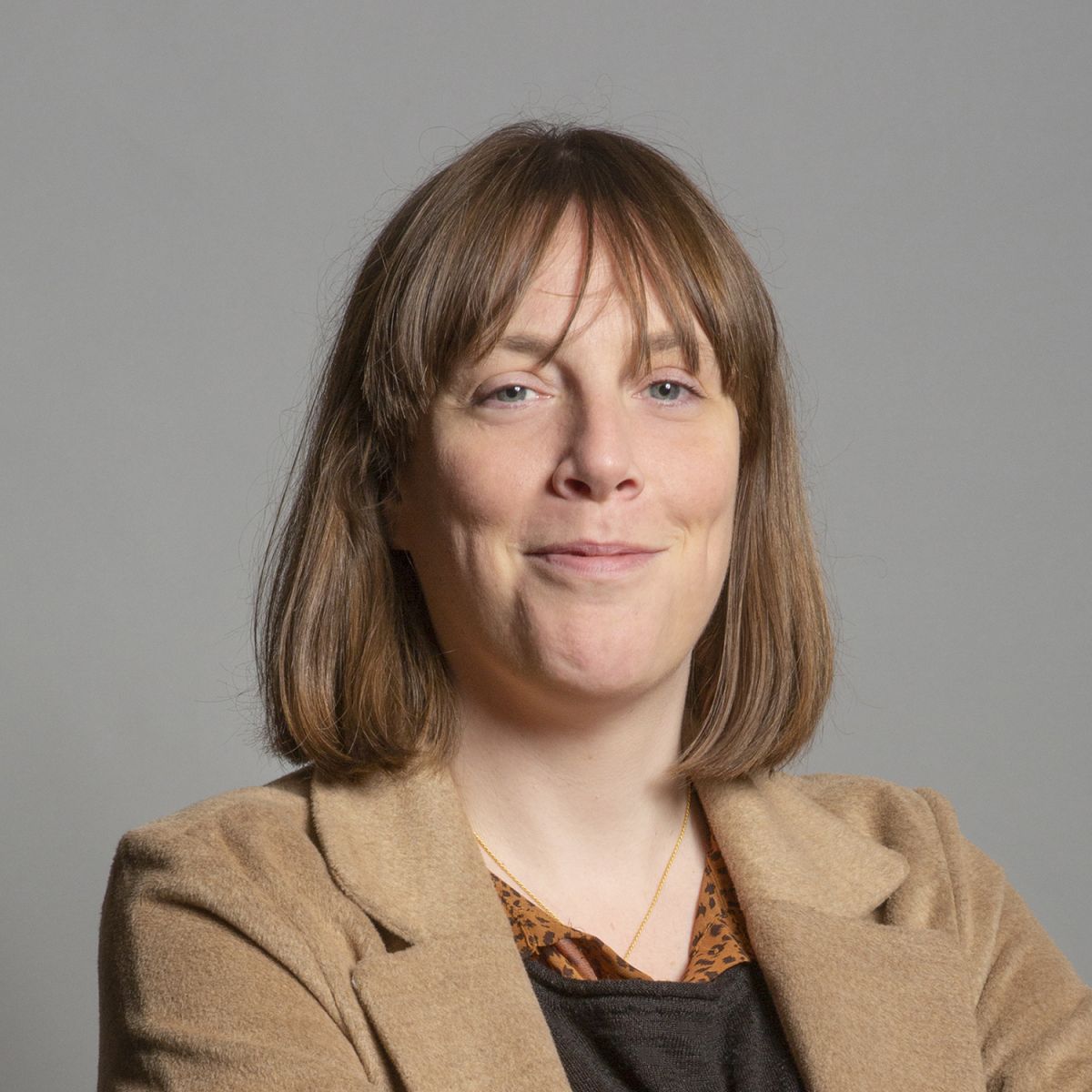 Picture: a photograph of Jess Phillips

Jess Phillips, Shadow Minister for Domestic Violence and Safeguarding, added: “Our current framework for tackling modern slavery has a glaring weakness when it comes to SMEs – despite being the bedrock of our economy, the Modern Slavery Act doesn’t hold them to any higher standard in monitoring for and reporting modern slavery than any other person on the street.

"Big corporates have to check their supply chains and make sure that they aren’t inadvertently exploiting people – but how can the system be expected to function when that supply chain is neither required nor realistically able to keep track of labour conditions in suppliers and customers in a globalised economy?

“I welcome the insights from Alcumus’ research today – companies don’t only need further guidance but would welcome clear regulatory requirements that tell them how they can – and should - do their part in tackling modern slavery. Compliance will always be a concern across businesses of all sizes but clearer rules will do a lot to empower the good actors and drive out those determined to hide in the shadows.”

Picture: a photograph of a construction worker walking across a site

Modern slavery and forced labour have a huge presence within facilities management, its supply chain and the wider built environment. ThisWeekinFM spoke to Helen...