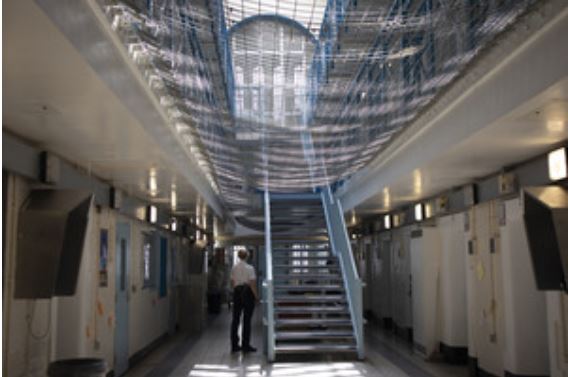 The FM companies that operate in the prison environment and those that supply security equipment will be chuffed to learn that a huge budget for security and technology has been allocated to crack down on criminal activity in prisons.

Tough airport-style security, including X-ray scanners and metal detectors, will be put into prisons across the estate to clamp down on the drugs, weapons and mobile phones that increase the risk to officers and hinder rehabilitation.

Cutting-edge technology to detect and block mobile phones will be brought in to better identify and stop those who seek to organise drug supply or harass victims from the prison wings.

The new funding will bolster efforts to tackle corruption, improving intelligence analysis and strengthening the Counter Corruption Unit that roots out the small minority of dishonest staff and the criminals who seek to manipulate them.

Prime Minister Boris Johnson said: "We cannot allow our prisons to become factories for making bad people worse. We will stop the drugs, weapons and the mobile phones coming in, so we can safeguard victims, protect staff, cut violence and make our prisons properly equipped to reform and rehabilitate.

"The public must see justice being done, punishment being served and feel protected."

Secretary of State for Justice, Robert Buckland QC MP said: "There is a direct link between crime on the wings and crime on our streets - it can no longer be assumed that prison walls are enough to stop organised criminals from continuing their operations. This funding will have a transformative effect on prisons and give our hard-working officers and our contractor partners the advantage as they tackle this scourge head-on."

All prisons across the estate will benefit from the measures, with airport-style security being concentrated in the closed estate.

The new security funding comes days after the Prime Minister announced a programme of up to £2.5 billion to create 10,000 additional prison places.

Picture: The prison sector is to get a funding boost for security measures.