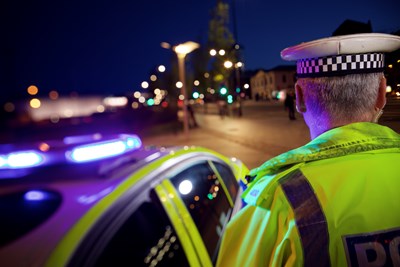 ThisWeekinFM believes that responsible employers should be advising all staff of the consequences of driving under the influence. It's also an opportunity for FMs to show put their organisational abilities to the fore by co-ordinating an information release that not only warns of the dangers and consequences but also help co-workers arrange to travel together to keep themselves safe.

In addition to targeted operations, the NCCP will also be sharing social media campaigns designed by police forces, government and charity partners to remind people that it is never worth taking the risk of driving while intoxicated under the influence of drugs or alcohol.

This is the second of two campaigns this year, following on from the summer drink and drug driving campaign when 45,267 motorists were breathalysed with 4,539 (10.0 per cent) testing positive, refused to provide or failed. There were also 2588 drug screening device tests administered, 39.7 per cent of which were positive.

In December 2015 there were 1888 drug screening tests administered and more detections than ever previously recorded – almost half of people screened tested positive. In the same campaign police forces administered 110,226 breath tests nationally, of which 5,543 were positive, failed or refused.

National Police Chief’s Council lead for roads policing, Chief Constable Suzette Davenport said: “People who get behind the wheel while under the influence of drugs or alcohol are behaving irresponsibly and risking the safety of all road users. Police forces across the country will be dedicating resources to prevent drink and drug driving and catch offenders.

The NPCC campaign ends on New Year's Eve. Last year’s Christmas operation was the first to include testing for a broader range of drugs which made it easier for police to detect and prosecute drug drivers.

A March 2016 report from the Parliamentary Advisory Council for Transport has confirmed that alcohol is the most frequent contributor to road collisions, both overall and in fatal incidents. For the full report Click Here