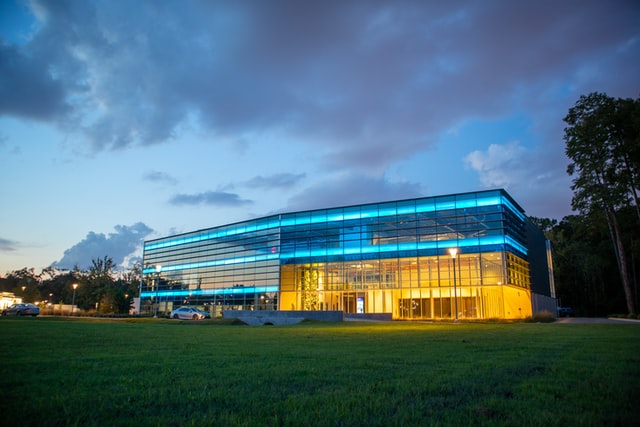 An artificial intelligence system that can predict building emissions rates almost instantly has been created.

Current methods can take days to produce building emissions rates (BERs) and are generated by manually inputting hundreds of variables.

However, this new system can calculate BER values in commercial buildings with 27 inputs with little loss in accuracy.

The paper is to be published on CIBSE’s website later this year.

Head of Research and Innovation, Cundall

At a time when the UK is trying to reach net-zero by 2050, the timely, accurate calculation of energy efficiency is a vital component of the design process for new and refurbished buildings.

Dr Georgina Cosma and postgraduate student Kareem Ahmed, of the School of Science, have designed and trained an AI model that can generate a BER value almost instantly.

The proposed model was created with the support of Cundall’s Head of Research and Innovation, Edwin Wealend, and trained using large-scale data obtained from UK government energy performance assessments.

Dr Cosma says the research “is an important first step towards the use of machine learning tools for energy prediction in the UK” and it shows how data can “improve current processes in the construction industry”.

What is a BER?

In the UK, an EPC must be completed every time a building is sold, rented, or constructed. It provides an indication of the energy efficiency of a building, contains information about the building’s typical energy costs, and recommends ways to make it more energy-efficient.

One of the most useful values returned is the asset rating – a number that gives a simple overall energy rating for a building and the number is banded (A+ to G) and colour-coded for ease of interpretation.

However, producing this rating can be a slow process as the calculation requires the building emission rate (BER) – which, as mentioned, can take hours to days to generate, depending on the complexity of the building.

Additionally, Minimum Energy Efficiency Standards (MEES) for commercial properties will be expanded in 2023, meaning that buildings with an EPC rating lower than E will not be able to be leased.

In their latest paper, Dr Cosma and team show their AI system can generate a BER for non-domestic buildings in less than a second and with as few as 27 variables with little loss in accuracy – making it a much faster and efficient process.

They used a "decision tree-based ensemble’" machine algorithm and built and validated the system using 81,137 real data records that contain information for non-domestic buildings over the whole of England from 2010 to 2019. The data contained information such as building capacity, location, heating, cooling lighting, and activity.

The team focused on calculating the rates for non-domestic buildings – such as shops, offices, factories, schools, restaurants, hospitals, and cultural institutions – as these are some of the most inefficient buildings in the UK in terms of energy use, so understanding how to improve their efficiency can be useful in design and renovation processes.

Dr Cosma commented: “Studies on the applications of machine learning on energy prediction of buildings exist, but these are limited, and even though they only make up 8 per cent of all buildings, non-domestic buildings account for 20 per cent of UK’s total CO2 emissions.”

Cundall’s Edwin Wealend added: “Eventually, we hope to build on the techniques developed in this project to predict real operational energy consumption.

Picture: a photograph of a large commercial building, illuminated with blue lighting