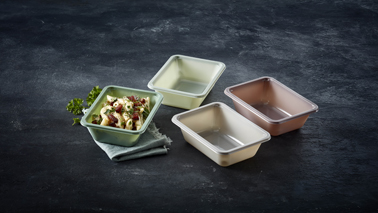 Sales of plastic bags by the seven biggest retailers in England have fallen by 90% and one retailer is changing and eliminating packaging. So how are attitudes towards single-use plastic changing in the workplace?

Asda, Marks and Spencer, Morrisons, Sainsbury’s, The Co-operative Group, Tesco and Waitrose sold 490 million fewer single-use plastic bags in 2018/19 (549 million) – a drop of almost half on the previous year.

The average person in England now buys just 10 bags a year from the main supermarket retailers, compared with 140 bags in 2014 before the charge was introduced.

Environment Secretary Theresa Villiers said: "No one wants to see the devastating impact plastic waste is having on our precious wildlife. These figures are a powerful demonstration that we are collectively calling time on being a throwaway society.

The total single-use carrier bag sales reported by all large retailers in 2018/2019 fell 37% to 1.11 billion compared with the previous year.

The Government is also set to introduce a tax on plastic packaging that does not meet a minimum threshold of at least 30% recycled content from April 2022.

Waitrose & Partners are launching coloured packaging made from recycled plastic for its ready meals. The new trays, made predominantly from mixed coloured PET bottles and trays, means the packaging may be a different colour every time it is produced, depending on what is being recycled.

From pink and red tones, to shades of green and blue, the new packaging is unlikely to be the same twice, meaning customers could buy their ready meal in a different colour tray every time they shop.

The 'multi coloured swap' allows Waitrose to ensure that its trays are more widely recyclable while  it continues to replace single use plastic. The retailer recently launched the world’s first home compostable packaging for its Italian ready meals replacing black plastic with a fibre-based tray.

This packaging innovation, produced for Waitrose by Faerch, will see even more ready meals taken out of hard-to-recycle black plastic, saving a further 500 tonnes of black plastic going to landfill.

Karen Graley, Packaging Manager at Waitrose said: "We are determined to make all our own-brand packaging widely recycled, reusable or home compostable. We will have identified solutions for all our packaging by 2020 and will meet our target by 2023."

Waitrose Botley Road, Oxford has taken hundreds of products out of their packaging as part of the ‘Waitrose Unpacked’ test designed to help determine how customers might be prepared to shop differently in the future. A dedicated refillable zone for everything from wine to beer and cereals to coffees as well as cleaning products, the UK's first supermarket frozen ‘pick and mix’ and first borrow-a-box scheme, are among the concepts that were looked at. Waitrose also have the largest number of loose fruit and vegetable lines of any national supermarket and has removed plastic wrap from its flowers and indoor plants.

The test was due to run until August 18 but has been so successful that it will now be extended to the Wallingford, Abingdon and Cheltenham branches.

Picture: On a tray - Waitrose are cutting hard to recycle black plastic out of the packaging mix while all supermarkets are selling fewer single-use plastic bags.

So if a 5p charge on single-use plastic bags hugely reduces demand; irregular food packaging (because it comes from recycled stock) is more than acceptable; and there is an eagerness to buy goods with no packaging; have we arrived a point where consumers will look more and more at what happens in the workplace? Will they expect the staff canteen to eliminate single-use cups and cutlery? And will they expect no plastic bottles and perhaps chilled sandwiches to come in recyclable containers (those cardboard packs with the plastic window are 'recyclable' but the UK doesn't have a plant that actually does it)?

And will you be looking around your place of work and thinking harder about whether those laser printer cartridges are actually being recycled and whether there are other consumables that come in packs that could be bought not in packs if the will were there?

Do you agree with Biffa that confusion over what is recyclable and what can actually be recycled (instead of being exported to be dumped on an Asian beach) should be made clear?

Will you think about insisting your cleaning contractor finds a cleaning product dosing system rather than providing single-use spray bottles?

What else will you do to eliminate single-use plastics in the workplace because there has been a sea-change in attitudes?

From August 2020, existing Tesco Express and Metro store staff will be responsible for certain cleaning duties. Employees in the retailer's smaller...