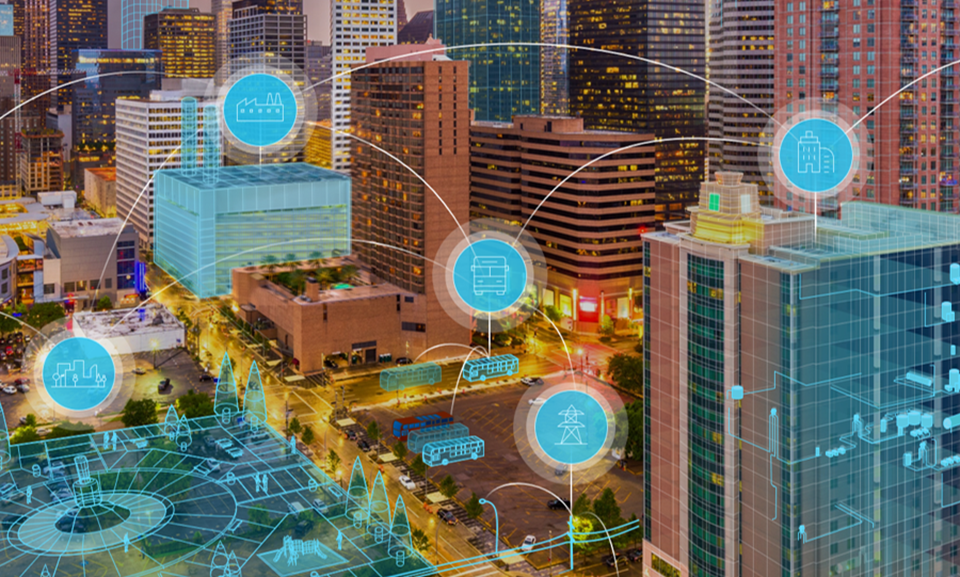 Digital twins have been described as being able to provide “previously unthinkable” levels of operational control, asset performance management and insight.

According to building.co.uk, the term “digital twin” was first referenced at a manufacturing engineers conference in 2002. They define it as a digital replica of an entity – a representation of assets or systems – with the concept consisting of the physical and digital versions and the connection between the two, relevant to the entire lifecycle of a project, from design to operation.

Digital twins can be used across several industries, as well as the built environment. Back in July when Boris Johnson outlined his green recovery package, a £10 million boost for construction tech was announced. Johnson said that this would go towards 19 projects focused on improving productivity and building quality, including “digital clones of buildings that analyse data in real-time”, otherwise known as a digital twin.

How might this investment come to affect facilities managers?

“Before IoT and digital twins, facility managers would have to spend countless hours weighing the costs and benefits of a change before it could be implemented or installed. They also had no real data to evaluate their chances of success; therefore, all of those hours might be wasted or worse, result in a change that caused more harm than benefit.”

What is a Digital Twin?

The basic idea of a digital twin is that it acts as a testing environment, to gain data on a building’s operational performance and sustainability. It allows facilities managers to gather insightful data about the inner workings of a building, with the aim of saving construction and operational costs. It can help with planning and forecasting, with everything from waste management to monitoring air quality.

Craig Caryl from SmartCSM, an FM software provider, believes that the most substantial opportunity that digital twins offer for facilities managers is in analyzing and projecting the best path forward:

“Before IoT and digital twins, facility managers would have to spend countless hours weighing the costs and benefits of a change before it could be implemented or installed. They also had no real data to evaluate their chances of success; therefore, all of those hours might be wasted or worse, result in a change that caused more harm than benefit.

“With a digital twin of the building’s systems and plans, backed by highly accurate monitoring and analysis, facility managers can essentially ‘test drive’ different scenarios virtually before implementing them.

“This analysis can happen at a highly granular level as well since FMs can essentially review different scenarios at any point in time along a building’s lifecycle. They are then more fully informed about the likely outcomes to a change and can adapt their plans based on the results.”

In late 2019, the Institution of Engineering and Technology (IET) and Atkins produced a report called “Digital Twins for the Built Environment” which outlined the numerous applications for digital twins in the built environment. In this white paper, the applications considered to offer the highest overall benefit were: developing smart places, retrofitting existing built assets and resource management.

From a security point of view, the paper supposes that digital twins might play a critical role in making urban spaces safer by enabling a multi-faceted view of what’s happening. An example is given where data-sets from twins is used to train security responders through drills in augmented or virtual reality-driven environments, improving the efficiency of any number of services, such as remote operations.

However, the authors make it clear that such usage must be “citizen-centric, open and transparent”, and that digital twins are to help shape outcomes, not to track people. 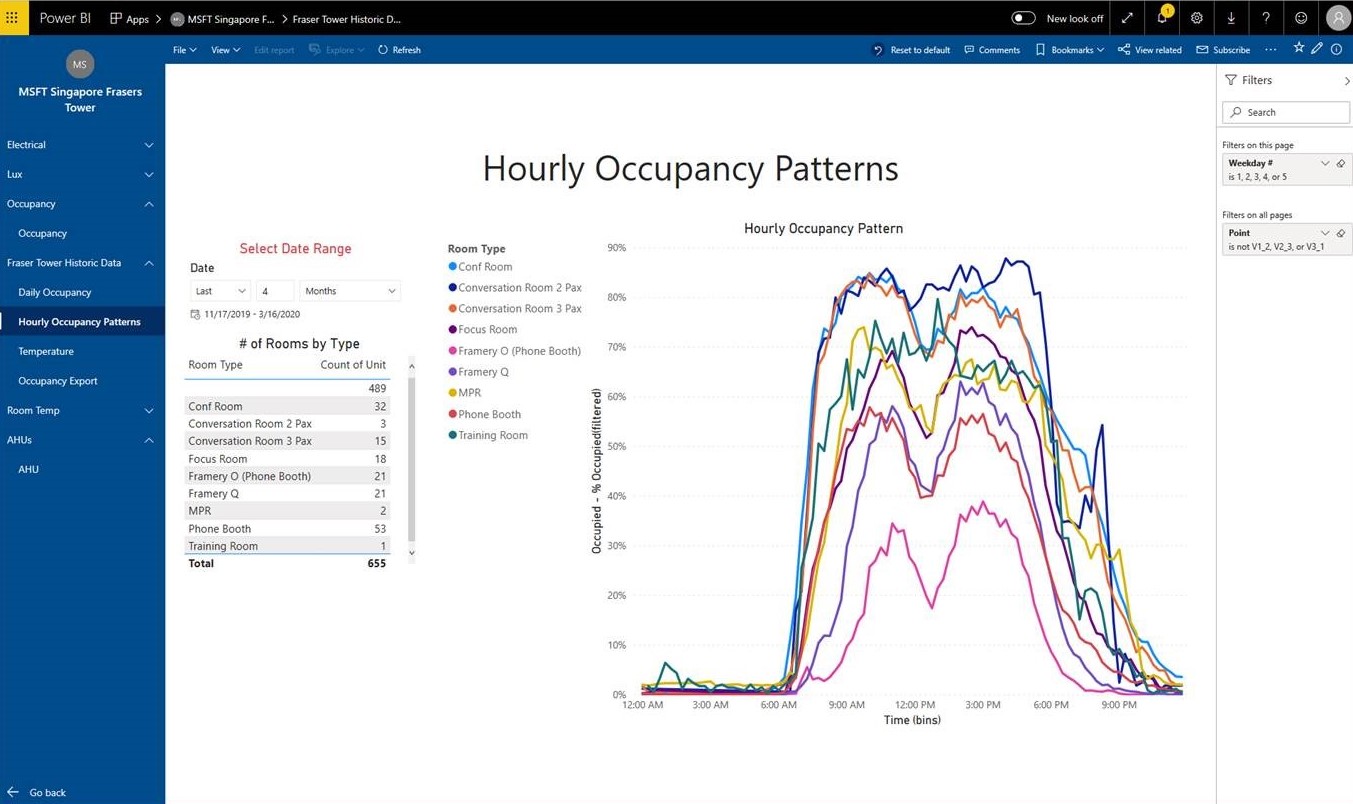 Developed in partnership with Bentley Systems and Schneider Electric, Microsoft’s digital twin of its headquarters in Singapore offers “a living blueprint” for the future of smart buildings.

The offices in Frasers Tower has been fitted with a mix of 179 Bluetooth beacons in meeting rooms and 900 sensors for lighting, air quality and temperature. The data collected from these means the digital twin models the way people use the space. From this, decisions can be made regarding space utilisation, lighting, and noise levels amongst other metrics.

This is all with a view to making a workplace more comfortable and productive to employees, whilst positively impacting the energy efficiency of the building. The sensors could even be used to monitor carbon dioxide levels in the air that negatively affect work performance and neural activity.

Damien Dhellemmes, Cluster President of Singapore, Malaysia and Brunei at Schneider Electric, commented that the project has shown how smart building systems can be applied across the board, beyond offices, “to buildings, malls and even homes of the future.”

Picture: A graphic showing a city, overlaid with interconnected bubbles, each one representing a part of a building’s infrastructure. Image Credit: Microsoft Asia

Facilio has announced the launch of Connected CMMS, reportedly the only software platform to consolidate all property maintenance, client engagement, vendor management,...

Dogu Taskiran, a software developer, a smart city thought leader and the CEO of Stambol Studios, shares his views on digital twins and smart buildings.  Based in...