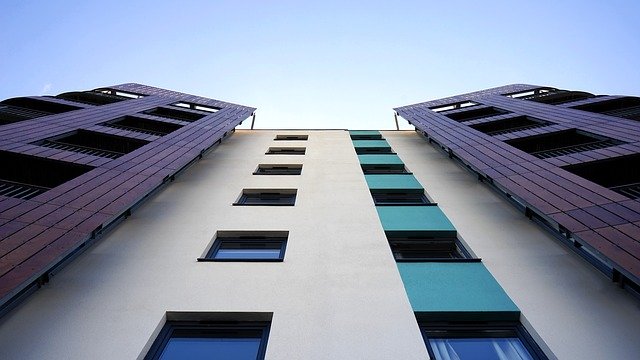 With the draft Building Safety Bill published last week, many in the facilities management and built environment sector are welcoming the proposed changes.

The bill was published on 20 July 2020, and sets out new regulations in England for residential buildings to prevent another Grenfell disaster.

The Building Engineering Services Association (BESA),  Royal Institution of Chartered Surveyors (RICS) and Institute of Workplace and Facilities Management (IWFM) have indicated their support for the new draft legislation.

“This bill only covers England. We invite the other nations of the UK to scrutinise the bill provisions, and to bring harmonisation and consistency across all nations of the UK. Fire knows no geographical or political boundaries, and we must strive to ensure there are no borders to fire safety consistency.”

The draft bill exists to make those responsible for the safety of those who use a building accountable for any mistakes. It will fully establish the regulator that will enforce new rules and take strong actions against those who break them when it comes to safety standards of buildings. It will operate a new, more stringent set of rules for high-rise residential buildings.

The bill will also enable a “golden thread” of vital information about a building to be gathered over its lifetime.

When residents move into a building that falls under the new set of rules, it will need to be registered with the Building Safety Regulator and apply for a Building Assurance Certificate. The accountable person will need to conduct and maintain a safety case risk assessment for the building and appoint a Building Safety Manager to oversee it day-to-day.

Building inspectors who are responsible for signing buildings off as safe for people to live in will also have to follow the new rules and must register with the regulator.

The draft bill will also give the government new powers to better regulate construction materials and products and ensure they are safe to use.

A Previous Lack of Clarity

IWFM’s CEO Linda Hausmanis commented that she welcomes the draft Building Safety Bill and hopes this development will provide some comfort to those affected by the Grenfell Tower fire:

“We believe the new statutory role of Building Safety Manager (BSM) is key to avoiding any repeat of such a tragedy and we are pleased to continue to help with developing the competence framework for the role,” she said.

“The importance of the BSM in ensuring the safety of buildings and the people occupying them cannot be understated. Where previously there often was a lack of both clarity on who was responsible for building safety and competence to ensure that safety, a BSM with oversight should ensure that all of the updated safety requirements are met, residents have a clear point of contact, and lives are protected.”

BESA contributed to several consultations that helped to shape the bill, which will enshrine in law the recommendations made by Dame Judith Hackitt in her independent review of building safety held in the aftermath of the Grenfell Tower tragedy.

Dame Judith said the bill was “an important milestone in delivering the fundamental reform this industry needs to make residents and buildings safer”.

However, she added that the industry should “be in no doubt that it is not enough to wait for the bill to become law before they implement changes; we expect them to start taking action now”.

She said the industry was “now on notice that the race to the bottom, the fragmentation, the passing on of responsibility to others has to stop and a new culture must take over now”.

BESA’s Head of Technical, Graeme Fox, added that he welcomes the provision in the bill that obliges clients to set up an online system where workers can report any potential safety issues they see on site that must then be passed on to the new regulator within three days:

“BESA members often report difficulties with being heard when they have raised concerns about instances of poor quality work they have witnessed on-site. This innovation should make it easier for everyone who is determined to see high standards upheld.”

Concerns Over a “Two-Tier System of Regulation”

Gary R Strong FRICS, Global Building Standards Director at RICS, highlighted his concern at the potential implications of a “two-tier system of regulation.”:

“We welcome the publication of the Building Safety Bill, which has been what seems a long time coming, in order to bring about the necessary once in a generation changes that are required to ensure England has a robust system in place to prevent anything like Grenfell ever happening again.”

“The new Building Safety Regulator (BSR) within the HSE (Health & Safety Executive), overseeing all HRBs (high-risk buildings) has to be welcomed.

“We do however have concerns, whilst there is an understandable focus by government on high-risk buildings, the bill may create a two-tier system of regulation especially when low rise buildings can create risk depending on the nature of occupancy.”

Strong added that he feels the bill should be considered across the devolved nations:

“This bill only covers England. We invite the other nations of the UK to scrutinise the bill provisions, and to bring harmonisation and consistency across all nations of the UK. Fire knows no geographical or political boundaries, and we must strive to ensure there are no borders to fire safety consistency.”

Picture: A photograph of a high rise building