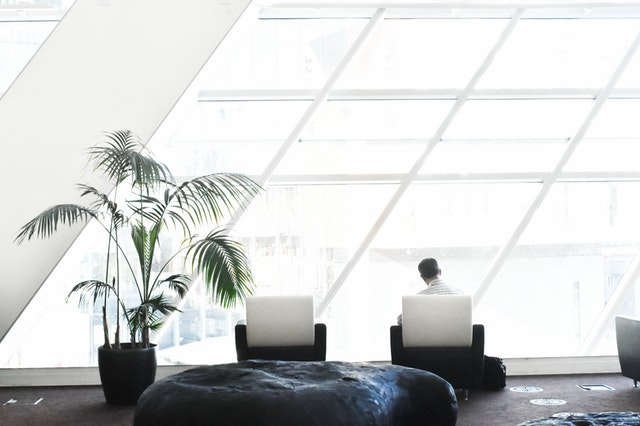 Despite 2020’s working from home revolution, five of the biggest tech giants are still demonstrating confidence in their physical office space.

Recent research suggests that unused office space after coronavirus could prove costly for companies, as London office workers want to spend an average of 2.7 days back in the office once all COVID-19 restrictions have been lifted, on the basis they had the resources to work from home comfortably.

One in ten workers even stated (11 per cent) that they didn’t want to go back to the office at all. However, within the technology sector, it seems an increasing number of employees and employers alike are coming to the realisation that physical office space is still important. Such businesses thrive on innovation, collaboration and creative thinking, and having a central place to host this seems unlikely to change.

Here are five successful tech brands that still see the value in offices and plan to embrace them in one form or another for the foreseeable future:

Among the companies looking to increase their office footprint is Netflix. According to a Bloomberg report, the technology and production company is going to triple its office space in London and move into a new UK HQ.

Reportedly, the business is set to move into a new 87,000 sq ft commercial property on Berners Street in the West End, which is situated just off Oxford Street near Oxford Circus and Tottenham Court Road Underground Station.

“As part of our ongoing commitment to the U.K., we are excited to expand our operations in London,” a Netflix spokesperson told Bloomberg. Speaking to The Wall Street Journal in September, Co-Chief Executive Reed Hastings said that not being able to meet with coworkers face-to-face is a “pure negative”.

Have your say on workplace change in 2021, and contribute to the Workplace 2021 Survey

ThisWeekinFM reported in October that the tech giant Google was rumoured to be in talks to buy a London office complex worth £750m.

According to The Business Times, Google has entered into negotiations to buy the Central Saint Giles development in Holborn from joint owners Legal & General Group and Mitsubishi Estate, although no deal has yet been signed.

Google already lets around 40 per cent of the property, a 14,800m² fit-out that they have occupied since 2011. This sale has the potential to be one of the biggest commercial property deals of the year.

Over in the US, Amazon recently acquired the Taylor flagship building in Midtown Manhattan from WeWork for an estimated $1 billion. It will eventually be home to 2,000 employees - which means the tech giant will be increasing its current workforce of 4,000 by half.

This brings the number of Amazon offices in New York City to eight. Most are located in Midtown Manhattan, however the business recently started leasing workspace on the Brooklyn waterfront to house its Amazon Music team.

Apple established its inaugural office space in New York City ten years ago, and after leasing 220,000 sq ft in the 11 Penn Plaza building, it’s set to expand. According to a Business Insider report, the company is aiming to take on an additional 60,000 sq ft in the building.

That said, Apple is apparently negotiating with its landlords and ‘nothing concrete’ is in place yet, so they may not end up expanding. Either way, the discussions can be seen as a demonstration of confidence in the office space market in NYC.

Facebook is tripling its local workforce in NYC and has recently leased office space in one of the city’s iconic buildings - a 107-year-old former main post office complex near Pennsylvania Station - to accommodate its growth.

This year, Facebook, along with Amazon and Google, have increased their teams by over 2,600 employees, collectively bringing the number of people they employ to 22,000. Together, the three tech juggernauts have also acquired 1.6 million sq ft of workspace since the start of 2020.

Free Office Finder believes that the future of work will be hybrid and that flexible workspace will play an increasingly critical role when it comes to accommodating this approach. COVID-19 is acting as a catalyst for trends that were already emerging; there was a strong appetite for a flexible working way before the pandemic hit and that’s not going to change anytime soon.

Unused office space after coronavirus could prove costly for companies, as research predicts over 70 per cent of all office rent paid by businesses in London will be...

With more companies keen to keep office occupancy to a minimum, Stephen Roberts from CMD Ltd discusses how companies need to equip their teams to make working from home a...

Research from the BBC shows that fifty of the biggest UK employers have no plans to return all staff to the office full-time in the near future. The BBC questioned 50...

In response to the increase in home working in the UK, inspections of home offices are being carried out to help companies follow through on their duty of...

x+why has announced its certification as a B Corporation, joining a growing group of companies reinventing business by pursuing purpose as well as profit. x+why...