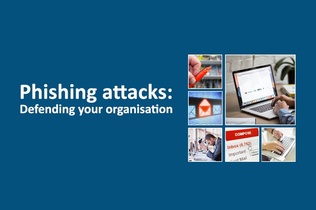 GDPR has gifted scammers with a new hook for sending phishing emails. Many internet users are now receiving emails from organisations that they have online dealings with, explaining the new regulations and asking them for permission to carry on storing their information.

Scammers have taken advantage of this to send fake GDPR themed emails in an attempt to spread malware or steal personal data.

Apple customers, for example, have been sent a link advising users that their accounts had been 'limited' due to unusual activity and then asking them to update their security information. Users are then directed to a fraudulent webpage where they are asked to input security information. Once this has been completed, users are then directed back to a legitimate Apple web page.

The scammers also used Advanced Encryption Standard (AES) protocols when directing users to the page controlled by them, bypassing anti-phishing tools embedded in some antivirus software.

The imminent arrival of the new EU General Data Protection Regulation which comes into effect on 24 May 2018, means the scammers have a short window in which to use GDPR as cover for their activities.