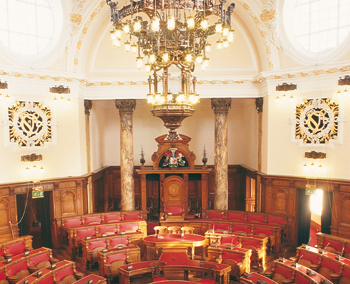 Local authorities have been using so-called ‘gagging orders’ to silence departing staff at a worrying rate according to a BBC report.

The BBC report on Radio 5 came from a Freedom of Information (FoI) and asked all the 433 district, city, county and regional councils in the UK about the use of gagging orders – or as they are officially termed – settlement deals.

There was a 70% response, revealing that 17,571 workers had signed a settlement agreement between 2010 and 2015, totalling £226.7 million. The BBC programme admitted that it was difficult to know how much the confidentiality part (or ‘enhanced payment’) of any agreement would have cost as the ending of employment would have included normal payments.

The City of Cardiff Council issued the most, totalling 2,008 and resulting in pay-outs totalling £5.5 million.

It was top of the list and it appeared that the course of action was regarded as routine, although it told the BBC that the policy had ended in January 2015. It argued that making enhanced payments would encourage more people to volunteer for redundancy and that bring savings.

This was a time of massive cutbacks in local government as impositions were made from Downing Street that forced many authorities to search for staff to leave by inducement. Wirral Council got 1,000 staff to take voluntary redundancy or early retirement between 2010 and 2012 with many others doing similar.

Where alarm bells started ringing in a way similar to what has been reported many times with NHS Trusts, was when whistleblowers were voicing concerns about the impact of cuts on the performance of the duties they were still expected to perform, often of a statutory nature.

The practice was enough to bring about condemnation from the Public Accounts Committee which saw it as a means of silencing critics or whistleblowers over matters that could have been embarrassing to local authorities. In 2014 the Chair told the BBC of her concerns. "There can be no excuse for silencing people who've got a legitimate concern," said Meg Hillier. "If an employee is being told they can't talk about something and bought off, that's not an acceptable use of these settlement agreements."

Worries about this have also been expressed by the Department for Communities and Local Government and a spokesperson stated that confidentiality clauses should not be used to "stop, stifle or control individuals from speaking out about concerns about their employer. There is no excuse for outrageous payoffs at a time when all parts of the public sector should be finding ways to save taxpayers.”

The aspect that has particularly concerned many has been the deliberate use by local authorities to silence those who believe potential wrongdoing or actions are occurring needing publicity.

The most obvious recent case was the so-called Trojan Horse case in Birmingham where some headteachers were encouraged to sign settlement agreements that would have stopped them talking about how a number of schools were introducing strict Islamic ‘principles’ in 2013. “The inquiry exposed that Birmingham [Council] let me and my colleagues down,” one headteacher anonymously told the BBC. “All I can conclude from that is that I actually became the problem because I was complaining too often and they could deal with me rather than actually dealing with the whole issue and exercising their duty of care to me.”

Picture: A BBC Radio 5 programme has exposed how local authorities have used ‘settlements’ to induce staff to leave – some involving gagging clauses although Cardiff City Council (pictured) insist they have stopped since January 2015