Hauliers Aim for the Exit 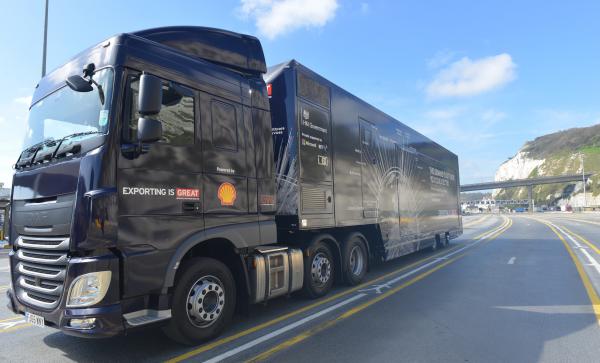 The results of a Road Haulage Association (RHA) survey show a clear majority of its members believe that leaving the EU would be in the best interests of their companies.

The results may cause surprise but the survey found that 61% are in favour of their company leaving the EU while 30% wish to remain part of it and 10% are still undecided.

Results from this RHA survey are in stark contrast to a number of other surveys conducted in similar industrial and commercial sectors that have tended to show that businesses would prefer to remain within the EU when the country votes on 23 June.

Opinions expressed by members wishing to leave the EU included the perception that membership of the EU had increased the regulatory burden and helped foreign hauliers compete unfairly. Many also cited wider political reasons for their decision.

There is also concern over issues such as trucks from abroad crossing UK borders filled with cheap diesel to avoid paying fuel duty. Another worry was that hauliers from outside the UK are able to hire cheaper labour, making it difficult for domestic operators to compete.

Opinions expressed by members wishing to remain included the importance of membership for trade. Other respondents expressed frustration at what they see as a lack of clear unbiased factual arguments on both sides.

The survey also indicates that opinion is sharply divided between smaller and larger hauliers. Among the SME member organisations (operating less than 65 vehicles), 62% expressed a desire to leave and only 28% felt they should remain. By comparison, the majority of companies running larger fleets of vehicles made clear they wanted to remain, achieving 80% of the vote. Only 17% of those larger businesses felt they would benefit from leaving the EU. The RHA remains neutral on the referendum.

“The numbers speak for themselves,” said Richard Burnett, CEO, RHA, commenting on the results. ”They show a very strong difference of view between SME and larger haulage companies and it is a reality that a significant proportion of those saying they believe ‘Leave’ is in their best interests cite wider political reasons. It’s also clear that many of our members are frustrated by what they see as a lack of clear independent facts in the debate.”

Picture:   I’m a haulier get me out of here – the latest RHA poll indicates the majority of its members want to leave the EU

The Future Of The Company Car

On The Road to Heaven...Or Hell - Best Services Revealed

Norton Canes (Roadchef) services on the M6 toll has been rated England’s best motorway services in a user survey by the independent transport user watchdog. For...