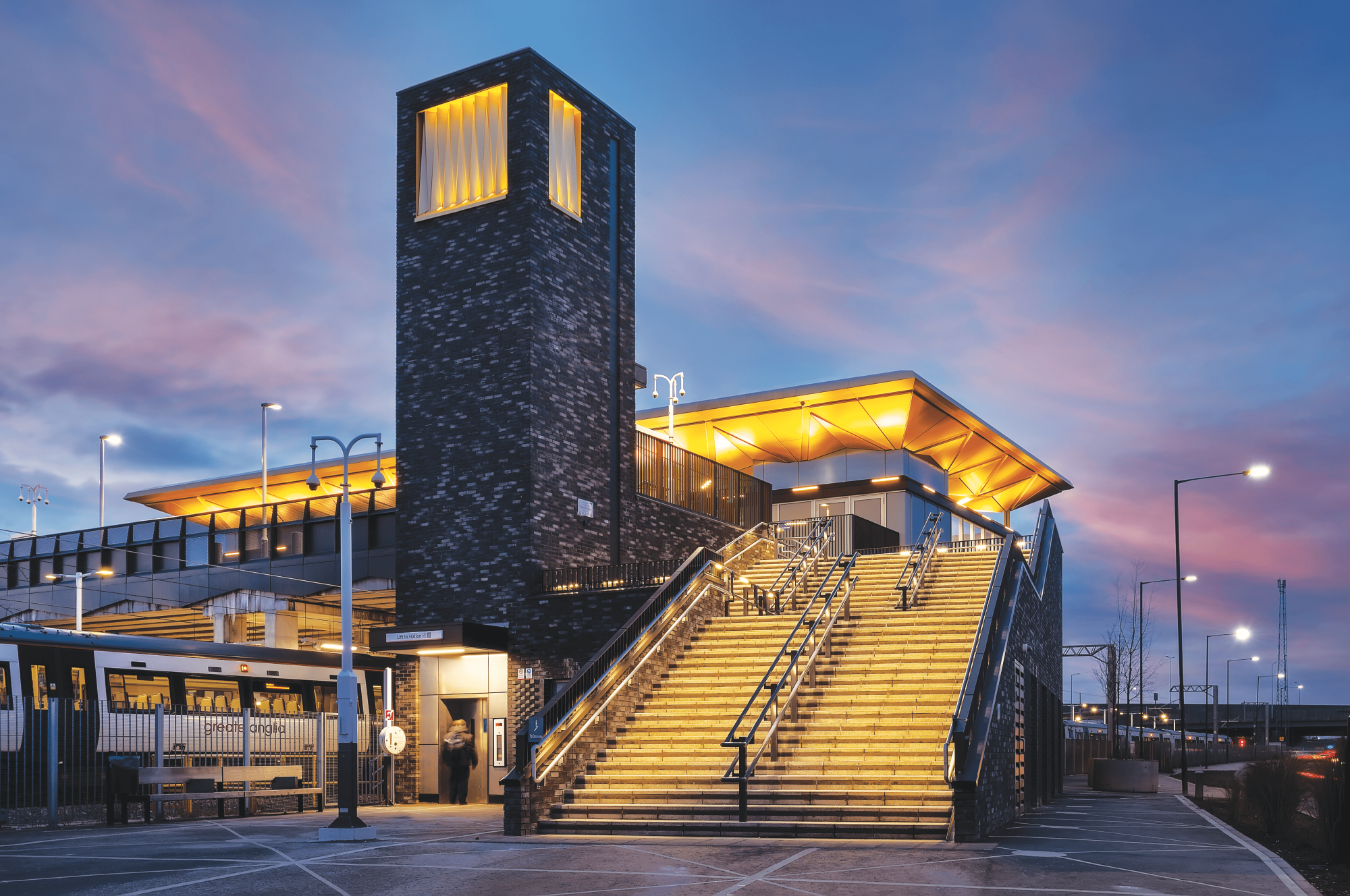 Let’s take a look at some of this month’s most interesting high performing buildings in the UK.

The Metro Building, in London’s Hammersmith, is the first UK building to be awarded a three-star Fitwel certification, under the Built Certified Multi-Tenant Base Building (v2.1) scorecard.

Managed by Workman on behalf of global real assets investor PATRIZIA, Metro now joins properties from around the world accredited by Fitwel, a certification system embraced by developers and workplace strategists as part of the growing trend towards healthier workplaces. As the UK’s leading implementer of Fitwel, Workman has achieved certification for almost 2 million sq. ft of retail, office, and business assets – the most completed Fitwel certifications in the UK and Europe.

Picture: a photograph of the cafe area at The Metro Building, showing a dining table and chairs as well as a foodservice area. Image Credit: Workman

The Fitwel standard provides a blueprint for making positive changes that are scientifically proven to enhance wellbeing and occupier health. Using an evidence-based scorecard system, Fitwel certifies the wellness credentials of buildings and their surroundings. Through the six-month Fitwel process, Metro benchmarked its health and wellbeing performance before developing strategies to improve it.

The Metro Building scored particularly highly in areas including:

Also in London, British Land has partnered with Revolve to open its first-ever restaurant at Broadgate.

Opening in the spring, Revolve brings a new form of dining experience to Broadgate, featuring a monthly series of guest chefs from the UK and further afield.

The site is located adjacent to Liverpool Street station and surrounded by the creative communities of Shoreditch, Spitalfields and Old Street, as well as the City of London.

In North London, a £6 billion regeneration project at Meridian Water will bring 10,000 homes and 6,000 jobs to Enfield.

As well as homes, new public spaces and community facilities, the development now boasts its own railway station, replacing the outdated Angel Road station in Edmonton.

It features three platforms, lift access, a footbridge and retail space, offering improved connectivity in and out of the area for commuters, residents and visitors.

To deliver key elements of the lighting design, lighting manufacturer DW Windsor was appointed to the project. Garda handrails are used, in two distinctly different greys using warm-to-touch paint, ensuring the project adhered to BS8300 to meet the needs of disabled people.

Picture: a photograph of the exterior of Meridian Water. Image Credit: DW Windsor