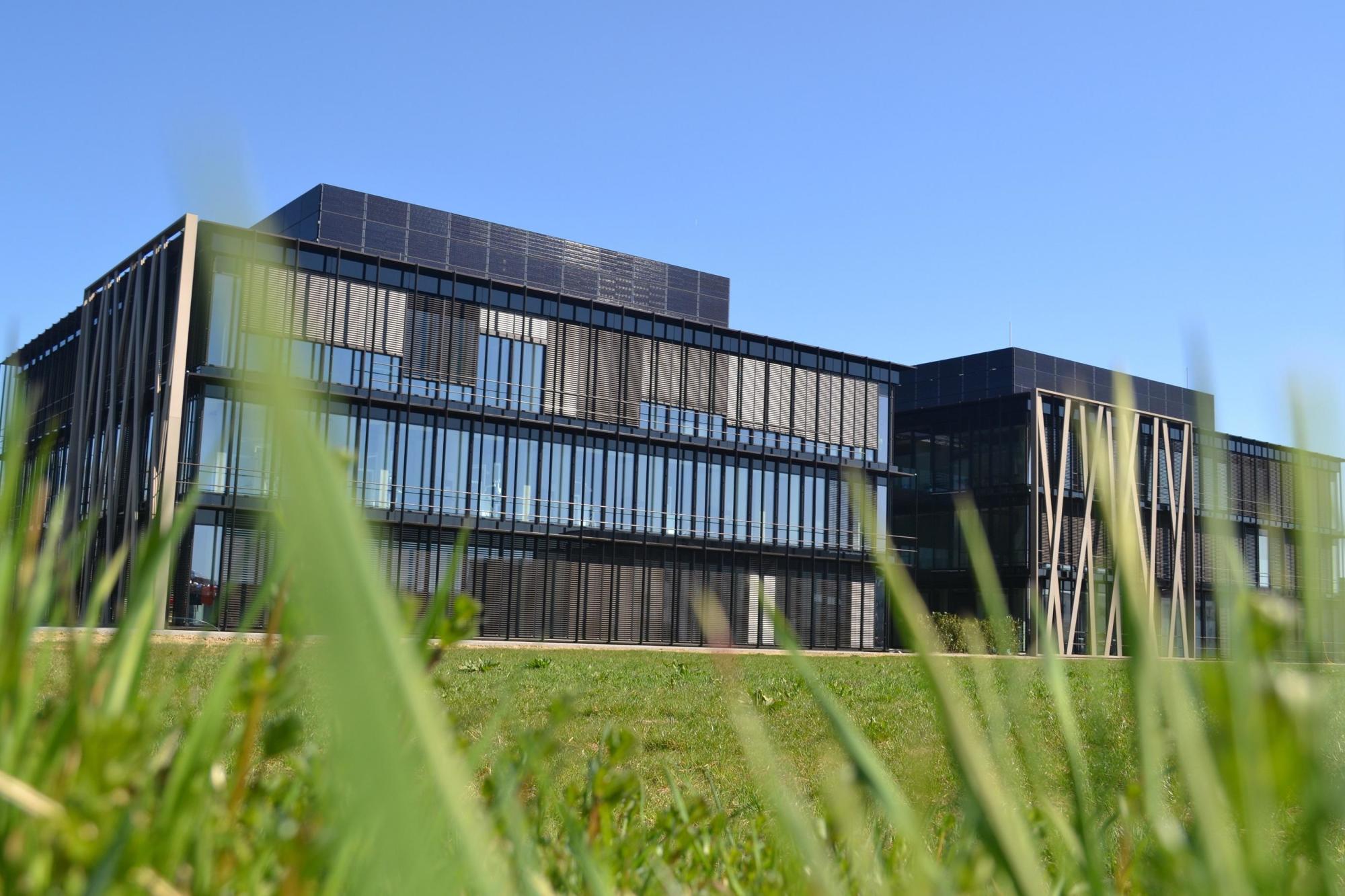 Mikado is a building complex with a modern office space, so-called because of its bronze-coloured struts on the glass façade, reminiscent of the game of skill Mikado.

The black registers are made of corrosion-resistant polypropylene, so that heat is evenly exchanged across the room. Draughts and dust are excluded by this process, so the thermal comfort in the room increases.

In combination with its fast reactivity, it enables a particularly efficient and energy-saving operation under changing conditions. An acoustic fleece also has a sound-absorbing effect.

The owners and planners of the three-part building complex, Sandra and Ingo Gramm, said: “We attach great importance to sustainability and set high standards visually, which is why our ceiling is characterised not only by its unique technology, but also by its modern and changeable design.

Picture: a photograph of the interior of Mikado, showing a lounge space. Image Credit: Mikado

“Technical highlights are the exact cross joints with the smallest tolerance and an individual hanging system where you can unhinge each cassette individually.

“LED light strips are integrated flush into the joints and the edge pieces of the ceiling were realised by edge friezes, in which slots for the supply air find place. The edge friezes provide a seamless transition, which eliminates fitting pieces. Furthermore, our ceiling provides an open system for exhaust air, with no visible exhaust ports.”

Architectural firm Atelier Kempe Thill has won a competition to work on a 2022 housing development in Hamburg.

Part of the city’s Baakenhafen masterplan, the project is based in the Hafencity area. The apartment block will offer views of Hamburg’s inner city and the river Elbe.

According to World Architecture News, the designers plan to a focus on the reduction of energy consumption and CO² during the building process, and the use of recyclable materials.

You can find out more about the Baakenhafen masterplan here.

32 wooden schools are to be built in Berlin by 2025 by The Senate Department for Urban Development & Housing, in a move to make the city one of the world's major metropolises for wood construction.

Wooden modular construction has experienced an extreme boom in recent years, due to its sustainability credentials and the cost-effectiveness of prefabricated wood-based modules.

Picture: a render showing an aerial view of one of the schools. Image Credit: Thomas Mayer via Metsa Group

One school consists of nearly 100 modules, all prefabricated offsite and assembled on the construction site. To achieve a column-free floor plan for classrooms, 8-m long beams had to be used at the joint of the modules.

"Six schools have already been built and a total of 32 schools are to be built by 2025. The speed of the offsite construction method was a decisive factor. With the prefabricated wooden modules, the construction time can be halved," explained Sebastian Hagspiel from Kaufmann Bausysteme.