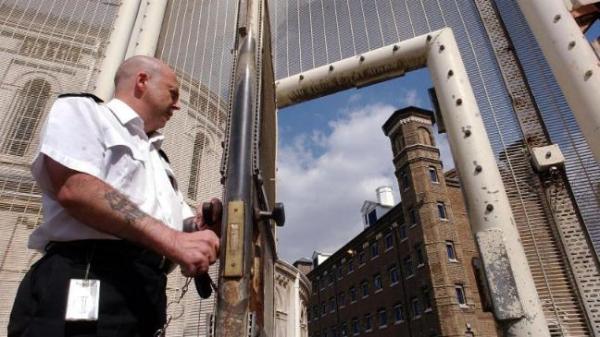 Yet another damning report has been published this week by HMP, this time on Wormwood Scrubs - finding its conditions give rise for ‘serious concerns’.

Not nearly enough progress had been made at HMP Wormwood Scrubs, observed Peter Clarke, Chief Inspector of Prisons with the publishing of the report on the troubled West London jail.

This announced inspection of HMP Wormwood Scrubs took place 18 months after the last inspection in 2014 when inspectors also had ‘serious concerns’ about the prison that ‘remained in a poor condition with unacceptably poor outcomes for the 1,258 men held with much too little done to address their behaviour before they returned to the community’.

The report said progress had been ‘severely hindered’ by what it termed ‘very poor industrial relations at the prison’. There were staffing shortages and the main union, the POA, was opposed to the staffing arrangements for an ‘improved’ regime the governor had wanted to introduce. Eventually national managers and union officials negotiated an alternative regime which was in theory an improvement. However, the report stated that it believed the new regime was not being ‘consistently delivered’.

Principal areas of concern that inspectors were concerned about included:

“Wormwood Scrubs is a prison that continues to fall short of expected standards and at the time of our inspection there was little cause for optimism,” stated Peter Clarke.

A series of recommendations, many repeated, had been made by the inspectors that Clarke believed required “immediate attention if the establishment is to begin to fulfil its responsibilities”.

Michael Spurr, CEO, National Offender Management Service preferred to accentuate the positive and believed that many improvements had been made while looking for a number of excuses that other campaign groups might find difficult to accept. “Wormwood Scrubs is an old, crowded, Victorian prison and it is challenging to run and we have struggled to make the improvements necessary to meet inspectorate recommendations and to provide a purposeful regime for prisoners,” argued Spurr. “Poor industrial relations over a protracted period haven’t helped. Since the inspection, the prison is cleaner, more prisoners are going to activities, violence is being tackled and better support is being provided to vulnerable prisoners. There is a long way to go – but the prison is moving forward and the governor will receive the support he needs to accelerate progress.”

The Howard League of Penal Reform was quick to find the HMIP report an indictment of the prison regime at Wormwood Scrubs.

In what it viewed as a particularly concerning development, the report had highlighted ‘the damaging impact of the government’s carve-up of probation, under its Transforming Rehabilitation programme’. According to the prison’s own data, the proportion of prisoners being made homeless on release had risen from 5% to 40% since resettlement services were taken over by London Community Rehabilitation Company, owned by private firm MTCnovo. (TWinFM asked the company to comment on these findings but it did not reply to our request at the time of going to press.)

“This is another terrible report on Wormwood Scrubs prison, coming only 18 months after the last one and following a long line of critical inspections of jails across England and Wales,” observed Frances Crook, CEO, Howard League for Penal Reform. “The same, tired excuses will be used – that the prison is too old – but if old buildings were the problem, we would be tearing down Oxbridge. Prisons with too many prisoners and too few staff will fail, no matter how old they are. We cannot go on cramming more and more people into jails without any thought for the consequences.”

Picture:    A place in a bit of a stew not porridge – Wormwood Scrubs has suffered another scathing report on conditions at the West London prison from HMIP