Making Sure Suppliers Stay on the Rails 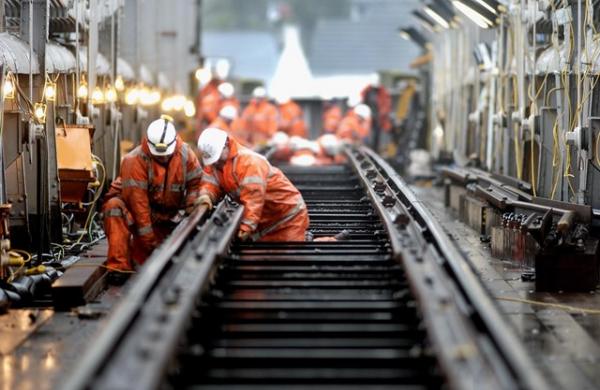 The introduction of a new set of minimum standards for all organisations working with Network Rail and representing it on the railway has been launched.

The new Code of Conduct has been launched to ensure that the 250,000 people who are working towards delivering the Railway Upgrade Plan on the UK’s railway infrastructure meet minimum standards on safety and treat customers and communities with ‘politeness and respect’.

It is promoting the new standards as highlighting Network Rail’s commitment to customers, passengers, so-called ‘lineside’ neighbours and wider communities affected by work on the railway.

The demand that the high prices charged are met by high standards of service for the 4 million passengers using the network has never been greater. Network Rail and the train operators are keen to point out that the rail system carries 50% more passengers than it did 10 years ago.

Launching this new code of conduct is being promoted as a guarantee that all Network Rail’s contractors and sub-contractors share the same set of values and will set out what companies working with them can expect in return.

By implementing this new code across its supply chain Network Rail hopes to improve the reputation of the rail industry as a whole.

The code sets out standards of behaviour for all suppliers, including being safe, polite, respectful and helpful when working in the community. Everyone who works with the organisation and suppliers must sign up to the organisation’s ‘10 lifesaving rules’ to ensure everyone is home safe every day. The code also highlights the expected standards of training for all staff working on behalf of the rail operator and promotes health and wellbeing of the entire workforce.

In order to ensure all suppliers are upholding this new code of conduct Network Rail will:

“The railway depends on the people who work on it, so ensuring that these people behave in a professional and appropriate way is therefore of critical importance to us and to the customers and communities we serve,” explained Mark Carne, CEO, Network Rail. “We want to work together with those who share our determination to continuously improve this area. We want to provide clarity on what we expect from our people and the support they can expect from us. This code of conduct will help us do that.”

Picture: Network Rail is placing great faith in its newly launched Code of Conduct on all suppliers to it including contractors and sub-contractors