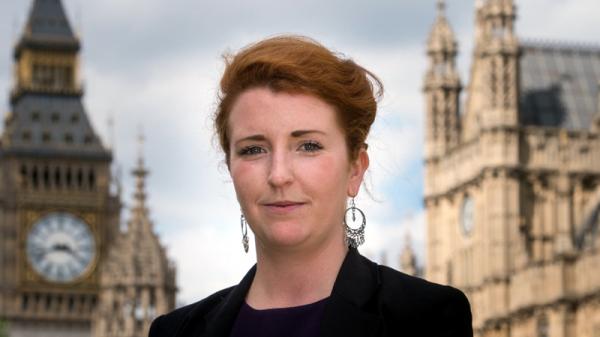 The US owned Maximus has been accused in the House of Commons of lying about its ‘fitness for work’ assessments for the DWP.

“Although it was ATOS and is now Maximus that has carried out the government’s massive expansion of WCAs, the choices made in the Treasury and in Downing Street, well before responsibility was contracted out, were the basis for where we are today—failing contractors acting with impunity and the sick and disabled paying the price for the government’s flawed agenda,” accused Haigh. “When one side is trying to cut costs and another is employed to maximise profit, something has to give and unforgivably that has been the sick, the disabled and anyone who comes into contact with this failing and occasionally brutal system.”

Ms Haigh went on to cite National Audit Office (NAO) figures which showed that despite the new contract that followed AtOS’s “spectacular failure” and was worth approximately £570 million a year, “there is still a backlog of 280,000 employment and support allowance claims. The average cost of each individual assessment is now almost £200, and that is for a 15-minute assessment. One in 10 disability benefit claimants’ reports are rejected as below standard by the government, compared with one in 25 when the shamed ATOS was running the show.”

Ms Haigh stated that individuals had to wait an average of 23 weeks for a decision to be made on their benefits; there has been a “huge rise” in that timescale—almost a trebling—in recent years.

It was later in the debate that the most serious allegation from Louise Hague was made and that was that in the pressure to maximise profits, Maximus was fiddling the figures in its assessments.

“There seems to be an alarming trend of cases being rejected based on factual errors or even - I hesitate to say this -falsification,” she said. “I have had several cases of people telling me that their assessment report bears absolutely no relation to the assessment that they experienced with Maximus or ATOS. I am sure that other Honourable Members have heard similar evidence. One or two cases could be dismissed as an honest mistake but the situation appears to reveal a disconcerting pattern of behaviour that indicates that the trade-off between cost cutting and profit maximisation is being felt by very vulnerable people.”

The fiddling of figures that Haigh was able to refer to concerned where Maximus was found at fault in the administering of schemes in the USA, notably in Connecticut.

Haigh called on greater transparency and reporting of the figures from the Employment Minister, Priti Patel but also if the DWP investigated bidders for government contracts and was she [Patel] “seriously saying that previous fraud and theft from taxpayers cannot be taken into consideration when the government are handing out a very similar contract in the UK?” Patel stated that she  “would be astonished if [DWP] did not have a system for looking back and assessing companies’ previous conduct before we engage with them”.

Having been placed on the blackfoot a DWP spokesperson after the debate tried to allay concern: “This contract was awarded in accordance with the government’s EU procurement guidelines which included the requirement by the company to declare convictions for bribery, fraud, money laundering and debt.”

Maximus was adamant that it was meeting the criteria laid down by the UK government . “Our assessments are independently audited and there is absolutely no evidence to support the unsubstantiated and misleading allegation that any of our reports contain ‘falsified’ data,” insisted a Maximus spokesman.

Picture:   Louise Haigh on Maximus – 'There seems to be an alarming trend of cases being rejected based on factual errors or even falsification'