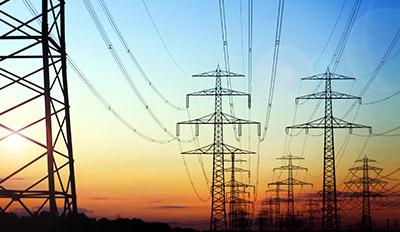 Ofgem has confirmed it will use the comedy of competitive tender to try to knock £100m off the £800 million cost to connect Hinkley Point C to the grid.

Ofgem has confirmed that the cost just to connect the new Hinkley Point C nuclear reactor to the grid - let alone the build cost itself - will cost consumers at least £800 million.

Hinkley Point C will be built by a Franco-Chinese alliance. The cost of the project is effectively underwritten by UK consumers who will be obliged to pay what is almost certain to be an inflated rate for electricity produced by the plant. Many speculator also believe that by the time Hinkley C comes on line, other forms of generation will  be producing enough electricity for the UK's needs - making that produced by nuclear power station unnecessary...but the commitment to buy the electricity still remains.

Towards the end of last year a Parliamentary Committee slammed the decision to go ahead with Hinkley Point C for the mill stone it could turn out to be shackled around the necks of UK plc. The Committee was also aghast that the electricity produced by Hinkley C could not be transferred to the grid without a major upgrade... will cost consumers at least £800 million!..recovered from customers over 25 years after the upgrade is complete.

Now Ofgem’s plan to attempt to slice £100 million of that estimate by employing the benefits of - competition. (Announced as infrastructure giant Carillion went bust...as a result of under-bidding too much of its work in competitive tenders.)

Under a ‘competition proxy’ approach, National Grid will build the infrastructure but Ofgem will set the company’s revenue for building and operating it on the assumption that all the work had been put out to tender.

The answer is blowing in the wind

Ofgem will set the revenue that National Grid is allowed to earn based in part on the regulator’s experience in tendering the ownership of transmission links to offshore wind farms. Successive tender rounds have cut the cost to consumers of connecting offshore wind by at least £700 million since 2009, says the regulator.

Picture: Monty Pylon - Ofgem will attempt to use the Dead as a Parrot approach of competitive tendering to knock £100 million of the grid Hinkley C related grid upgrade