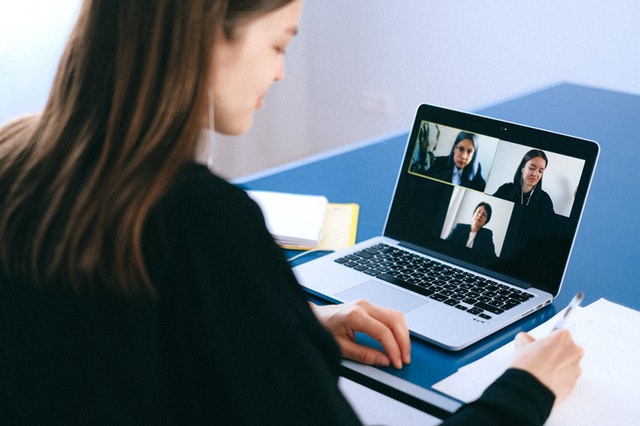 “I need to jump on another call” is officially the most annoying conference call phrase according to a survey of 1,000 UK workers.

Easy Offices surveyed 1,000 UK workers, to find out which phrases we as a nation find the most annoying,  as well as what awkward moments we’ve experienced whilst on conference calls.

Those surveyed named “I need to jump on another call” as the UK’s most annoying phrase to hear on a conference call, with a fifth of respondents saying so.

This was followed by “You’re on mute” and “We lost you for a minute there”.

“It was quite surprising to see what people say they experienced on a conference call, from witnessing someone’s bad habits to having colleagues commenting on people’s appearance and surroundings.”

Over Half Surveyed Prefer to Have Their Cameras Off

When asking about interruptions during calls, a third (33%) of people experienced interruptions to business calls by children or other parties.

The findings also showed that 22 per cent of respondents heard a colleague say something inappropriate. 17 per cent said they saw someone picking their nose, with the IT and telecoms industry being the worst when it comes to this bad habit.

13 per cent of those surveyed said they witnessed someone farting or belching on a conference call. This rises in the sales and marketing industry where 20 per cent said this has happened.

Furthermore, 13 per cent said they had witnessed people arguing with other people at home while on a call, and saw someone being partially or fully naked (10 per cent).

Over half (53 per cent) of the UK would prefer to have their cameras off during calls, 41 per cent stating it actually makes them feel uncomfortable. However, that is not an option for over a third (36 per cent) who admitted that they had been pressured by their employers to have their camera on, with some feedback stating that when talking to people outside of your own organisation trust levels were decreased when a person was not visible.

Comments on Appearance or Surroundings

Andy De Wet Steyn from Easy Offices commented: “It was quite surprising to see what people say they experienced on a conference call, from witnessing someone’s bad habits to having colleagues commenting on people’s appearance and surroundings.

“Our research highlights that we all need to be professional while on a conference call and friendly to our colleagues, keeping the same behaviour we would have in the office.”

Picture: a photograph showing a person on a video conference call with three others

How Important is Body Language During Video Calls?

Whether you’re pitching and presenting, or brainstorming and building out a campaign, it’s safe to say that communicating with colleagues and clients has...

Musculoskeletal Injuries in UK Employees on the Rise

Is Home Working Really Suitable For Everyone?

Leesman has released details on what they consider to be the “acute factors” impacting employees’ ability to work remotely.  A major study...

IWFM, the body for workplace and facilities professionals, has set its predictions for what 2021 will bring for the future of the workplace.  Chris Moriarty,...

Staff Miss Out on £4,785 a Year From Extra Hours Worked From Home

New data has revealed that UK employees could be missing out on £4,785.30 a year due to working extra hours at home. According to a survey carried out by...

Despite 2020’s working from home revolution, five of the biggest tech giants are still demonstrating confidence in their physical office space. Recent research...