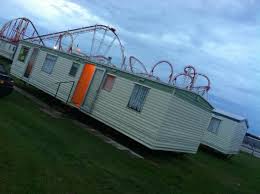 Workers have won an Employment Tribunal case that entitles them to have their holiday pay recalculated to include overtime payments rather than being paid at the flat rate. Here are the bullet points on what the ruling means.

Workers  have won an Employment Tribunal case that entitles them to have their holiday pay recalculated to include overtime payments rather than being paid at the flat rate. And the claim could be back-dateable...meaning that further claims could cost British businesses £billions. The Tribunal is still to announce whether they have accepted the back-dating argument.

The decision was not unexpected but it has caught employers groups - and employers -  out. There are now many fearing for their continued viability. A similar case had already been won in the European Court of Justice, whilst the EU Commission had pretty well 'green lighted' the go ahead for the same outcome but with a delay until announcing this until February.

Meanwhile, in the Tribunal, Neal v Freightliner case earlier this year, the Employment Appeal Tribunal had already found that Mr Neal's holiday pay should have been calculated by reference to his normal earnings, which included overtime and shift pay. However, the case has gone to appeal.

Millions of UK employees could find the flood-gates have opened up  to allow them to pursue their employers for back-dated holiday pay if a ruling at a UK Employment Tribunal goes in favour of Fulton in the Bear Scotland versus Fulton case.

The tribunal revolves around whether employees who are obliged to work compulsory overtime (or who regularly work overtime) should be entitled to have their holiday pay calculated based on this rather than on a flat rate.

This same argument is still before a Working Time Directive EU Commission who are expected to make a ruling in February - so should the Tribunal go in favour of Bear Scotland it might be countermanded by Europe.

The European Court of Justice has already ruled that workers should receive regular overtime, commission and bonus payments during paid leave.

Analyst have stated that back payments could be dated as far back to the introduction of the Working Time Directive (1998) or six years in the case of employees who have left the employer. It is not clear whether back payment would be compulsory or whether each employee would have to sue independently.

The FM industry, particularly the engineering sector, is renowned for employing staff on compulsory and on-call contracts.

If the Tribunal goes in favour of Fulton, it is likely to be appealed - the Institute of Directors and the Federation of Small Businesses have reacted late and are saying a change in the law might be necessary to save 4,000 businesses going bus or getting into difficulty. However, their appeals might be in vane should the EU make a similar decision. It is unlikely that the Government would make a stand on this matter in favour of greater Euro arguments.

Bear Scotland is a road maintenance firm. Fulton is the collective name for the case brought by three employees. Amec versus Law and Hertel versus Wood will also be included ded in the ruling.

Commenting ahead of the Employment Appeals Tribunal’s decision on the calculation of backdated holiday pay for employees who work overtime or receive variable pay, Director General of the Institute of Directors, Simon Walker said: “The holiday pay timebomb could have a hugely detrimental impact on businesses up and down the country. It is not an exaggeration to say that some small businesses could end up being wiped out if employers who have acted compliantly and in good faith face underpayment claims backdated as far as 1998.

“Not only do businesses face a huge spike in operating costs but employees would also be encouraged to book holidays following bonuses or good overtime periods as it would enhance their pay. This would be an administrative nightmare on a number of fronts.

“Long after it was agreed, the EU Working Time Directive continues to pose a significant headache for businesses. New employment law is effectively being created at a stroke with each successive ruling from the European Court of Justice interpreting and re-interpreting its contents. Social and employment policy has quietly slipped off the Prime Minister’s renegotiation agenda and it is clear from these events that it needs to be put back on the priority list.”

The Government estimates that one-sixth of the 30.8 million people in work get paid overtime. This means around five million workers could be entitled to more holiday pay. But the coalition argues that overtime should not be used in holiday pay calculations.

"The government wants to get the right balance between the needs of employers and employees," said a spokesperson for the Department of Business, Innovation and Skills.

"We do not believe voluntary overtime should be included in holiday pay and are concerned about the potential impact on employers.

"We have spoken with business groups and listened to their concerns, as well as intervening in the case to make clear our view."

The Tribunal judgement is due at 10:30