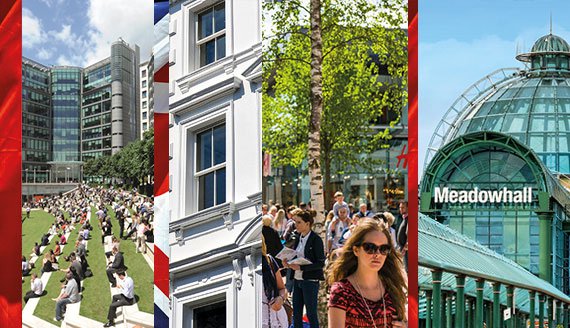 Some of the people currently working for British Land will have to prefer Savills from now on as an agreement has been reached that will see British Land's third-party portfolio within its property management business, Broadgate Estates, sold to Savills.

The parties said the disposal will 'enhance Savills’ current service offering within its property management operation, which covers 360 million sq.ft in the UK and enable British Land to dedicate Broadgate Estates to maintaining a 'premium experience' for visitors to its own portfolio, in line with its strategy of creating 'Places People Prefer'.

Broadgate Estates was established in 1986 and has grown into a team of 500 people managing 83 assets across the UK, approximately half of which are owned by British Land. The company’s services include managing the customer experience, financial control and reporting, management of facilities and public realm and supporting clients in reducing their environmental impact.

The third-party portfolio comprises contracts to manage 28 locations in London and Liverpool for 14 clients. Approximately 160 employees are expected to transfer to Savills under the terms of this agreement.

Chris Grigg, Chief Executive of British Land, said: “Our ability to curate a premium environment and respond to how people want to use our spaces is a powerful tool in creating Places People Prefer. This transaction will enable us to focus exclusively on our own assets and increase the service we provide to customers as our business becomes increasingly mixed-use.”

Mark Ridley, Deputy Global CEO of Savills said: “Property management is key to our business and this opportunity to work with Broadgate Estates’ highly regarded team on many of the UK’s key trophy assets is incredibly exciting. The team’s expertise complements our existing UK property management team and will undoubtedly strengthen Savills global property management business providing great opportunities for all transferring staff."

The client base developed by Broadgate Estates is first class and we look forward to developing further the high-quality offer that Broadgate Estates delivers to strengthen relationships with new and existing customers. We are delighted to strengthen our long standing links with British Land and look forward to welcoming the team into our business.”

Meanwhile, May 10 saw British Land announce the signing of a £735 million unsecured Revolving Credit Facility (RCF) at an initial margin of 90 bps with a syndicate of 12 banks. The facility has a maturity of five years which may be extended by a further two years on British Land’s request and on each bank’s approval for its participation.

Sarah Barzycki, Group Treasurer, British Land said: “This flexible facility is the latest example of our financing and debt management activity. It provides improved liquidity at reduced cost, extending the term of our diverse debt portfolio. We are very pleased with the level of support received from our relationship banks on this transaction.”

This facility is an amendment and extension of the £785 million RCF signed in April 2014 at an initial margin of 115 bps, and includes British Land’s standard unsecured financial covenants.