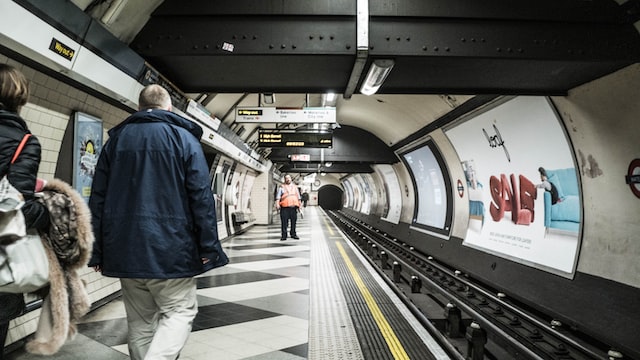 A new London campaign has set out guidance on how commuters can safely intervene if they witness incidents of sexual harassment on the public transport network.

Transport for London (TfL), in partnership with the Rail Delivery Group (RDG), British Transport Police (BTP), Metropolitan Police Service (MPS) and the City of London Police are all lending support to the campaign.

According to a 2020 YouGov report, over a third of Londoners have been subjected to unwanted sexual behaviour while travelling on public transport. The most common type of incident – experienced by over a third of women (37 per cent) and 12 per cent of men – is a stranger deliberately pressing themselves up against a person.

What is Sexual Harassment?

TfL encourages everyone to report anything of a sexual nature that makes them feel uncomfortable and emphasises that there is no need to prove that it was a criminal offence or intentional to report it.

Picture: a TfL-branded image that will be used as a billboard throughout London. The poster suggests commuters document and report sexual harassment to help build a profile of the perpetrator and help TfL and the police stop it from happening again. Image Credit: TfL

What Can Commuters Do to Support Those Targeted By Sexual Violence?

Customers can help defuse an incident of sexual harassment by asking the person being targeted a simple question, such as “What’s the next stop?”, or “Do you have the time?”

If you see sexual harassment happening, documenting and reporting it can help build a profile of the perpetrator and help TfL and the police stop it from happening again. You can text your report to 61016 and the British Transport Police will investigate it.

The British Transport Police recommends including the following details in your report:

“Tell us what happened, where and when. Include any details that might help us identify the person. Including your exact location in your first message can help us get officers to you as quickly as possible. You don’t have to include your name or any identifying details in your text.”

An example report could be something along these lines: "Groped by slim-build, tall white man wearing a red tie on-board Northern line tube travelling Northbound between Oval and Kennington on Monday 19 February at 8:45 am."

3. Make Sure They are Okay

Following an incident of sexual harassment, the offer of support from a fellow customer can help the person targeted feel less isolated and more confident in reporting it. Check in with the person targeted and ask "Are you OK?", or let them know that "What happened isn't OK."

Picture: a TfL-branded image that will be used as a billboard throughout London. The poster suggests that customers can help defuse an incident of sexual harassment by asking the person being targeted a simple question, such as “What’s the next stop?”, or “Do you have the time?". Image Credit: TfL

Siwan Hayward, Director of Security, Policing and Enforcement at TfL, said: “We operate a zero-tolerance approach to all forms of sexual harassment on London's public transport network and are absolutely committed to ensuring that women and girls are, and feel, safe. We’re not asking customers to police the network, that’s our job working alongside the police, but we do know that customers also want to look out for and support one another if something doesn’t feel right.

"If it is safe to do so, there are ways passengers can help if they witness someone being harassed or made to feel uncomfortable. Small actions can make a huge difference and any reports help us to take action against offenders and put the right measures in place to prevent it from happening.”

Picture: a photograph of an empty underground tube station. People can be seen walking along the platform. Image Credit: Unsplash