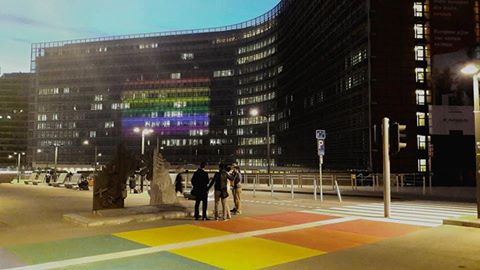 Not only has May 17 2017 been designated World FM Day it also marks the 12th annual International Day Against Homophobia, Transphobia and Biphobia - IDAHOT.

Major organisations with suitable buildings have volunteered to switch on multi-coloured lights of fly the Rainbow Flag in support of sexual and gender minorities.

There will be a big focus on the situation in Chechnya this year, where dozens of LGBT people have been rounded up, imprisoned and even tortured and killed by government forces. Around the world, rallies and protests are being organised to denounce the situation and put pressure on leaders to bring it to an end.

But while mobilisation grows in some parts, IDAHOT events have had to be cancelled in several places due to pressure from opponents, as in Lebanon or Bosnia. In the Caucasus country of Georgia, activists have been driven off the streets by violent attacks for several years now, as opponents claim May 17 as the 'day of traditional families'.

The IDAHOT Day is increasingly recognised at official levels. with heads of State, UN agencies, EU institutions, and most UK police forces making a visible commitment.

Picture: The EU Council has raised the Rainbow Flag and organised rainbow illuminations