Rap on Knuckles over Energy Investment 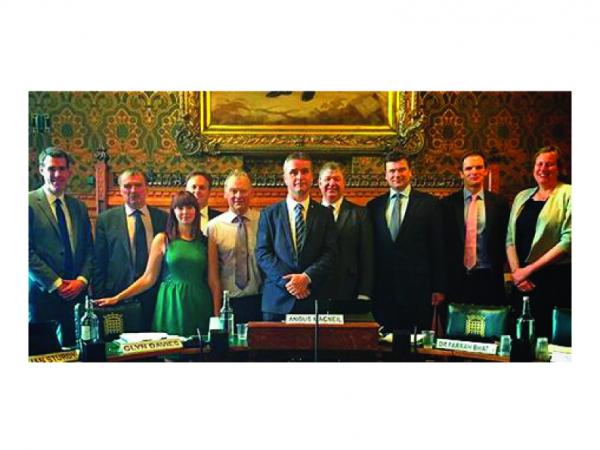 In its report – Investor confidence in the UK energy sector – published Thursday 3 March, the Energy and Climate Change Committee has warned that the government’s attitude to renewables has led to anxiety among investors.

The MPs on the committee pointed to what occurred after the General Election in May 2015 when in the course of summer 2015, the government made a series of policy announcements which appeared to signal a ‘significant change’ of direction on low carbon energy policy. ‘The changes took many stakeholders by surprise and raised serious questions about the government’s plans for meeting long term carbon objectives. Given that great pains have been taken in recent years to take account of investors’ need for policy stability and predictability, it was not surprising that stakeholders identified investor confidence in the UK energy system as a priority area for us to investigate.’

The report identified six factors that it says have combined to damage investor confidence:

2. A lack of transparency in the decision making process had led investors to question the government’s rationale for policy changes and to wonder what would be next?

4. Policy inconsistency and contradictory approaches had sent mixed messages to the investment community about the direction of travel. Examples of this include:

However, the committee MPs found some good news in what it reports ‘is that there is no shortage of money available for projects that have advanced to the late construction or operation phase’.

They urged the government to provide more clarity about how existing policy mechanisms will be used, noting that despite repeated promises to provide plans and clarity, it had yet to set out detailed information about what will happen to the LCF beyond 2020 or to provide ‘satisfactory’ plans for the rounds of Contract-for-Difference auctions. The report rather sarcastically observes that ‘merely stating’ that there may be three auctions this Parliament does not constitute a ‘plan’.

We’ll always have Paris – or will we?

Angus MacNeil MP, Chair of the Energy and Climate Change Committee, led the concern that government policy was facing in more than one direction.

“Two months ago, a historic new global climate agreement was signed in Paris,” said Mr MacNeil. “But when the UK government talks about using more gas while simultaneously cutting funding for carbon capture and storage or the need to control costs while halting onshore wind,which is the cheapest form of low-carbon energy, investors begin question how committed the government really is to tackling climate change.”

The committee stated that the government will, during the course of this year, have to produce a plan setting out how the UK will keep on track to reduce carbon emissions in 2030 and beyond. The MPs believed this was an ‘ideal opportunity to rebuild confidence in the direction of travel for the energy sector in the UK’.

The report focuses in particular on the LCF, stating how a lack of understanding surrounding it was hampering investment decisions and risk assessments across the energy sector.

The Solar Trade Association (STA) and a number of businesses in the sector, including Lightsource, Next Energy Solar Fund and Octopus Investments had given evidence to the committee as part of the inquiry’s oral evidence sessions. “The STA is also calling for the LCF to be managed accurately, so that annual spending caps change as wholesale prices go and up and down,” commented Paul Barwell, CEO, STA. “Large and even medium sized solar is now entering an investment hiatus, as the government has taken away virtually all support for projects over 1mW in size with no plans for future support. This is worse than just a knock to investor confidence – it is a fundamental lack of understanding of the shape of our future energy system and the vital role of solar power.”

Picture: The latest report from the Energy and Climate Change Committee (pictured) criticises the government over its approach to investment in the area