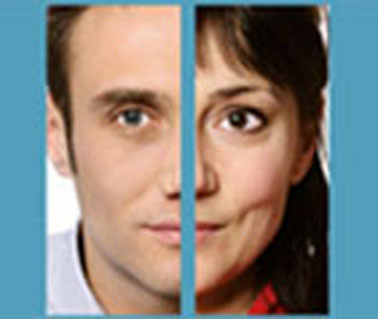 Despite some modest gains in some regions in the world, millions of women are losing ground in their quest for equality in the world of work, according to a new report prepared by the International Labour Organisation (ILO) as part of its Women at Work Centenary Initiative.

The report – Women at Work: Trends 2016 – examined data for up to 178 countries and concludes that inequality between women and men persists across a wide spectrum of the global labour market. Additionally, it argues that over the last 20 years, significant progress made by women in education has not translated into comparable improvements in their position at work.

“The report shows the enormous challenges women continue to face in finding and keeping decent jobs,” said Guy Ryder, Director-General, ILO. “Our actions must be immediate, effective and far reaching. There is no time to waste and the 2030 Agenda is an opportunity to pool our efforts and develop coherent, mutually supporting policies for gender equality.”

At the global level, the employment gender gap was found to have closed by only 0.6 percentage points since 1995 with an employment-to-population ratio of 46% for women and almost 72% for men in 2015.

No guarantee of job quality

Although 52.1% of women and 51.2% of men in the labour market are wage and salaried workers, the report finds that this in itself constitutes no guarantee of higher job quality.

Globally, 38% of women and 36% of men in wage employment do not contribute to social protection. The proportions for women reach 63.2% in sub-Saharan Africa and 74.2% in Southern Asia where informal employment is the dominant form of employment.

The report also provides new data for up to 100 countries on paid and unpaid working hours and access to maternity protection and pensions.

When it comes to conditions of work, women continue to work longer hours per day than men in both paid and unpaid work.

In both high and lower income countries, on average, women carry out at least two and a half times more unpaid household and care work than men. In developed economies, employed women (either in self-employment or wage and salaried employment) work 8 hours and 9 minutes in paid and unpaid work, compared with 7 hours and 36 minutes worked by men.

In developing economies, women in employment spend 9 hours and 20 minutes in paid and unpaid work, whereas men spend 8 hours and 7 minutes in such work.

The unbalanced share of unpaid work limits women’s capacity to increase their hours in paid, formal and wage and salaried work. As a result, across the world, women, who represent less than 40% of total employment, make up 57% of those working shorter hours and on a part-time basis.

In addition, across more than 100 countries surveyed, more than one third of employed men (35.5%) and 25.7% of employed women work more than 48 hours a week. This also affects the unequal distribution of unpaid household and care work between women and men.

The cumulative disadvantage faced by women in the labour market has a significant impact in later years.

In terms of pensions, coverage (both legal and effective) is lower for women than men, leaving an overall gender social protection coverage gap. Globally, the proportion of women above retirement age receiving a pension is on average 10.6 percentage points lower than that of men.

Globally, women represent nearly 65% of people above retirement age (60-65 or older according to national legislation in the majority of countries) without any regular pension. This means approximately 200 million women in old age are living without any regular income from an old age or survivor’s pension compared with 115 million men.

There has also been further segregation in the distribution of women and men across and within occupations, over the past two decades, as skill-biased technological work increases, notably in developed and emerging countries.

Between 1995 and 2015, employment increased most rapidly in emerging economies; the absolute change in employment levels was twice as high for men as for women (382 million versus 191 million respectively), regardless of the level of skills required, indicating that progress in getting women into more and quality jobs is stagnating.

Although this gender gap remains substantial, it has decreased in a number of countries, mostly due to the reduction in time spent on housework by women but not to significant reductions in their time spent on childcare.

In terms of wages, the results in the report confirm previous ILO estimates that globally, women still earn on average 77% of what men earn.

The report notes that this wage gap cannot be explained solely by differences in education or age. It finds that it ‘can be linked to the undervaluation of the work women undertake and of the skills required in female-dominated sectors or occupations, discrimination and the need for women to take career breaks or reduce hours in paid work to attend to additional care responsibilities such as childcare’.

Though there has been some small improvement in reducing gender wage gaps, if current trends prevail, the report confirms estimates that it will take more than 70 years to close the gender wage gaps completely.

The ILO theme for International Women’s Day 2016 this Tuesday (8 March) is Getting to Equal by 2030: The Future is Now, reflecting the ‘urgency’ of addressing these gaps if the U.N. 2030 Sustainable Development Agenda is to be achieved. Nearly all of the agenda’s goals have a gender component.

The report is also an important contribution to the ILO’s Women at Work Centenary Initiative. The Initiative marks the commitment of ILO constituents to gender equality as the organisation approaches its centenary in 2019 and is geared toward identifying ‘innovative action’ that could give new impetus to the ILO’s work on gender equality and non-discrimination.

Picture:   The latest ILO report on gender inequality predicts it will take another 70 years for there to be parity