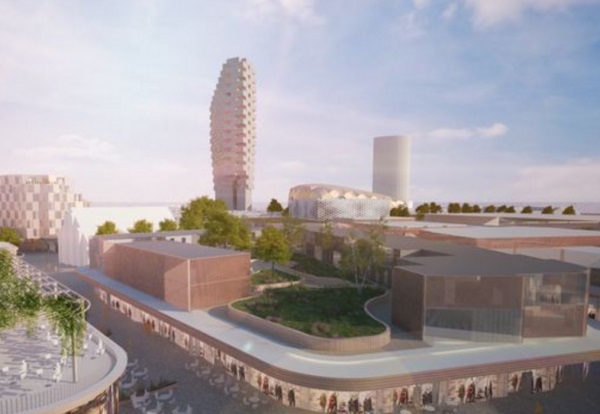 Proposals have been unveiled for the St David's and Civic Centre development sites that will include a new 3,500 seat arena,  state of the art cinema and a new retail street

Other ideas for the site include a restaurant and café quarter, new under-cover car park could be constructed below the proposed arena. Brand new residential units and ‘plenty’ of car parking spaces could also be constructed on both sides of Oystermouth Road as well as improved links between the city centre and waterfront.

The council will now start working alongside the company to explore proposals, carry out comprehensive site investigation works and attract tenants. The whole scheme is expected to cost £500 million and has seen council leaders waxing eloquently about the prospect of a rejuvenated area. “We were hugely impressed with the ambition and quality of all the shortlisted bids we received for the Civic Centre and St David’s sites,” said Cllr Rob Stewart, Swansea Council Leader. “As well as the new shops, restaurants, coffee shops and cafes that could be on their way, the proposed new arena is especially exciting because it could host major international performers and generate increased spending in local businesses.

Swansea Council has also announced that Trebor Developments will lead the regeneration of the Civic Centre site. Its winning ideas include apartments, town houses, cafés, restaurants and a new public space. It is also being proposed the company works closely alongside Swansea University to further explore the potential for a 'hydro hub' at the site that could include a public aquarium and a state-of-the-art aquatic sciences research centre. The council will now work with the company to develop the site masterplan.

“The ambitious announcement made by the Leader of Swansea Council and the Welsh Government's Minister for Economy are important for the future prosperity and economy of South West Wales,” explained Sir Terry Matthews, Chairman of the Swansea Bay City Region Board.”Swansea city is the economic engine of our region. I'm delighted to see the committed investment and I'm pleased with the plans outlined for the new retail, leisure and tourist developments.”

The developments are expected to create thousands of jobs over the next few years and Matthews is convinced that it will make Swansea one of the UK's top destinations, “offering real benefits for the entire region”.

Picture:     An ambitious £500 million regeneration programme has been announced by Swansea City Council