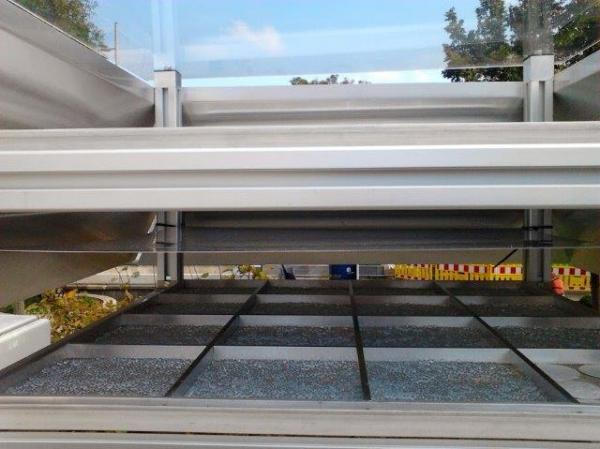 A Canadian led study has found that urban grime has a tendency to release air pollutants when exposed to sunlight.

Claiming to be ground breaking in its findings, researchers have determined that natural sunlight triggers the release of smog-forming nitrogen oxide compounds from the grime that typically coats buildings, statues and other outdoor surfaces in urban areas.

The finding confirms previous laboratory work using simulated sunlight and is claimed to ‘upend’ the received notion that nitrates in urban grime are ‘locked’ in place.

The scientists presented findings based on field studies conducted in Leipzig, Germany, and Toronto, Canada, at the recent National Meeting & Exposition of the American Chemical Society (ACS), the world’s largest scientific society.

“The current understanding of urban air pollution does not include the recycling of nitrogen oxides and potentially other compounds from building surfaces,” explained James Donaldson, “but based on our field studies in a real-world environment, this is happening. We don’t know yet to what extent this is occurring but it may be quite a significant, and unaccounted for, contributor to air pollution in cities.”

Urban grime, according to Donaldson, is a mixture of thousands of chemical compounds spewed into the air by automobiles, factories and a host of other sources. Among these compounds are nitrogen oxides. When in the air, these compounds may combine with other air pollutants – known as volatile organic compounds – to produce ozone which is the main component of smog. However, scientists had long suspected that nitrogen oxides become inactive when they are trapped in grime and settle on a surface.

Nevertheless, Donaldson and his colleagues at the University of Toronto have collected data that are inconsistent with this theory.

In yet another study, they exposed grime to either artificial sunlight or kept it in the dark. The grime exposed to a ‘solar simulator’ shed more nitrates than the grime left in the dark, suggesting that light can chemically convert nitrogen compounds back into active forms that can return to the atmosphere.

Working with colleagues in Germany, Donaldson set up a six-week field study in Leipzig and a similar year-long one in Toronto. The researchers placed grime collectors containing glass beads throughout both cities. The beads create more surface area for grime to gather on than a flat surface, e.g. a window.

Some of the collection devices were left in the sun, while others were intentionally put in the shade but had adequate airflow so that grime could collect on their surfaces.

The Toronto study is current and the data are still being analysed but in Leipzig, the researchers found that grime in shaded areas contained 10% more nitrates than grime exposed to natural sunlight, which was consistent with the team’s laboratory findings.

“If our suspicions are correct, it means that the current understanding of urban air pollution is missing a big chunk of information,” Donaldson says. “In our work, we are showing that there is the potential for significant recycling of nitrogen oxides into the atmosphere from grime, which could give rise to greater ozone creation.”

The study notes that Leipzig has ‘far more’ grime than Toronto, based on the amount of material gathered at collection stations in both cities so far. This difference could have a significant influence on the city’s air quality. “The fact that Leipzig appears to have 20 times more grime than Toronto suggests that there is a potential for 20 times more recycling of nitrogen oxides into the local atmosphere,” stated Donaldson.

To test this idea, his team hopes to conduct field experiments in a place that is “really grubby” and another that is “really clean.” They also plan to examine the effects of humidity, grime levels and various amounts of illumination on the recycling of nitrates back into the atmosphere.

Picture:   A Canadian led study using glass beads to collect grime has shown that compounds can recycle from grime back into the air and contribute to pollution.

A waste worker has been killed after falling in to a baler; two companies have been fined for inadequate asbestos precautions;. a worker has fallen from the roof of a...