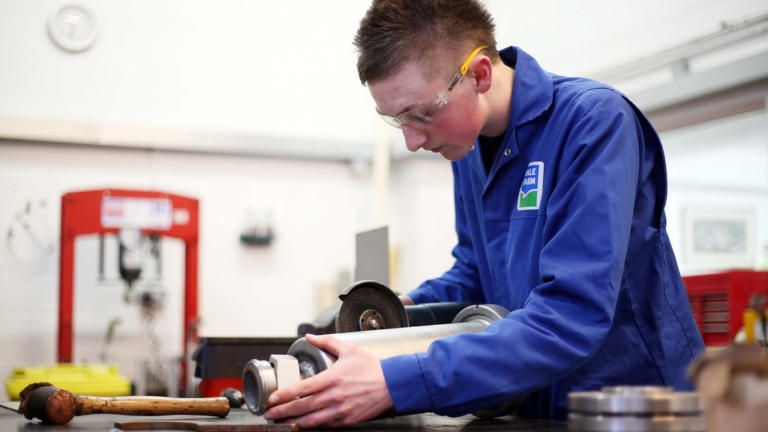 In the six months after the levy was introduced (April-October 2017), the number of people starting an apprenticeship fell by 40 per cent compared to the same period in the previous year, says a report in to the scheme. A similar downward trend was also evident across November and December.

In addition, more experienced and older workers are increasingly becoming the focus of the apprenticeship programme, at the expense of less experienced and younger employees.

Quantity rather than quality

Alongside the levy, the Conservative Party remains committed to its 2015 manifesto pledge that 3 million people will start an apprenticeship by 2020. Commentators have consistently raised concerns over this target as it prioritises the quantity of apprenticeships rather than their quality.

The introduction of the levy has also diminished the quality of apprenticeships. The list of roles now officially counted as an ‘apprenticeship’ includes many low-skill and often very short training courses. These roles include serving customers in a delicatessen or coffee shop, working on a hotel reception desk, performing basic office administration and serving food and drink in a restaurant, concluded the Reform report.

The report says such training courses do not meet the historical or international definition of an apprenticeship because they typically offer minimal training, represent low-wage jobs and do not constitute skilled occupations.

Moreover, employers are using the levy to rebadge existing training courses as apprenticeships to shift the costs of training onto the Government instead. The most obvious examples of this relabelling are found in leadership and management skills.

The list of the most popular apprenticeship standards includes becoming a ‘Team Leader’, ‘Supervisor’ or ‘Manager’. Cranfield University’s prestigious School of Management has even re-designated its existing Executive MBA as an apprenticeship to attract up to a 90 per cent government subsidy towards the programme costs.

Employers have become increasingly critical towards the levy, primarily due to the burdens associated with accessing the levy funds as well as identifying and selecting training and assessment providers, the Reform report discovered. The substantial increase in bureaucracy, plus several other issues, has led business groups to brand the levy ‘disastrous’, ‘confusing’ and ‘broken’. Furthermore, the Register of Apprenticeship Training Providers has been beset by difficulties and the Register of Assessment Organisations has also struggled to command the respect of stakeholders, with serious concerns being raised about its approach to quality assurance.

Not a new problem

The opening page of the Government sponsored Richard Review, published in 2012, observed that the growth in apprenticeship numbers in the preceding years had 'led us to stretch the definition of what an apprenticeship is too far and as a consequence, we risk losing sight of the core features of what makes apprenticeships work, what makes them unique'.

Six years on, says Reform, there is a real danger that the same mistakes could be made all over again. At present, the levy is too complicated for employers, focused on too many inappropriate forms of training and as a result is unlikely to deliver value-for-money. If the necessary changes described in this report are made then apprentices, taxpayers and employers across the country stand to benefit for many years to come.

1. To realise the objectives set out in the Richard Review for funding apprenticeships – namely that the system must be simple, accessible and encourage employers to offer them without asking for greater investment overall – this report outlines six significant changes that are required:

3. The Government should introduce a new internationally-benchmarked definition of an ‘apprenticeship’ and any apprenticeship standard that does not meet this definition should be withdrawn.

4. The requirement for 10 per cent employer co-investment towards the cost of training apprentices should be removed with immediate effect to avoid employers disengaging from apprenticeships.

5. The Government should replace the existing HMRC digital payment system with a simpler ‘apprenticeship voucher’ model to give employers control of government funding while reducing their administrative burdens.

6. All apprenticeship standards and end-point assessments for apprentices should be assigned a fixed cost by the Education and Skills Funding Agency to remove the need for complicated price and contract negotiations between employers and both training and assessment providers.

7. The exam regulator Ofqual should be made the only option for quality assuring the end-point assessments for apprentices to ensure that standards are maintained over time and poor practice is quickly identified and eradicated.

Picture: According to the independent UK think-tank Reform, the apprenticeship system must be simple, accessible and encourage employers to offer them without asking for greater investment overall.

UK businesses are to get a helping hand in all things compliance with a new learning academy. With it becoming increasingly difficult for UK businesses to keep up with...