Who Can See for Miles and Miles? 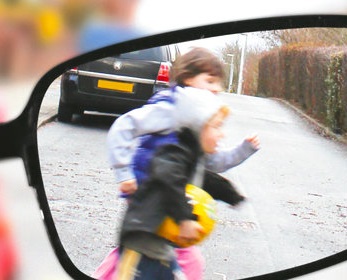 The argument GEM puts forward is that better regulation of eyesight tests for drivers would cut collisions and make Britain’s roads safer with a detailed test of a driver’s visual acuity and field of view that should be required every 10 years.

“We are worried that a large number of drivers have not had their eyes tested for many years and some have never had a test,” stated David Williams, CEO, GEM. “Many of us assume our vision is fine and does not require a check-up, however we have no way of knowing this for sure. That’s why it’s so important for road safety that the government take steps to ensure regular, compulsory testing for all drivers.

GEM believes it is unacceptable to operate a system whereby a driver can read a number plate aged 17 but carry on driving for 50 years or more without any eyesight check whatsoever.

The current ‘number plate’ eyesight test was introduced to the driving test in 1937 and has only been amended in minor ways over the years to reflect changing number plate sizes. It is the only eyesight test drivers are required to undertake until they reach the age of 70.

The test has been criticised as being crude and outdated as it only measures visual acuity (sharpness). GEM argues that it could also ‘quite easily’ examine a driver’s field of view as is done in many US states to check whether motorists can see and react to what’s happening around them.

“As more and more people are staying behind the wheel into their eighties and beyond, the need for mandatory eyesight testing has never been more pressing,” concluded Williams.

Picture: The need for regular eye tests for drivers has been urged by GEM as well as the image for a promotion by Brake, another major road organisation