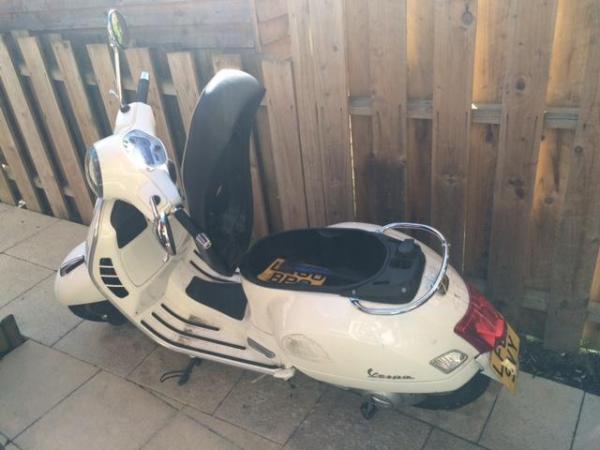 A Metropolitan Police Service campaign to raise awareness about criminals who use mopeds, scooters, motorcycles and bicycles to snatch phones from people on the streets is being launched in two north London boroughs.

The initiative, which started on Monday June 6 will run for four weeks, will see adverts in London Underground stations, leafleting by officers and a targeted social media campaign to increase awareness in Camden and Islington.

Ongoing activity to address the issue by targeting offenders has seen the number of offences decrease within both boroughs in recent months. Officers patrol daily in cars and on motorcycles and bicycles and a team of detectives conduct investigations and covert operations to tackle these and other crimes. So far in 2016 the team has made over 180 arrests in Camden and Islington for moped-enabled offences. They have recovered a large number of stolen scooters, mopeds, motorbikes and bicycles - and achieved a number of successful convictions at court.

The Met is keen to get the message out to members of the public about the importance of remaining vigilant when using a phone in the street.

Officers will be outside Tube stations in both areas handing out crime prevention leaflets and offering face-to-face advice about how to reduce your chances of becoming a victim of this crime by following a number of simple tips. Temporary chalk street graffiti will also be used at the locations as a new way of getting the public to think about how they use their phones in areas where they may be most at risk.

This campaign forms part of the work of Operation Attrition, a joint initiative launched last year between Camden and Islington boroughs of the Metropolitan Police and the City of London Police, to combat moped and cycle enabled crime. Detective Chief Inspector Steve Heatley of Operation Attrition said: "Police are working hard to keep the public safe and make the streets hostile territory for criminals who use mopeds, motorbikes, scooters and bicycles to snatch valuables from members of the public.

"It is important that the public are aware of their surroundings at all times and protect their personal property, as this crime happens in an instant. I would urge people to consider using a hands-free device to make a call and do not text or use apps by the roadside, where they are most vulnerable to snatch-theft."