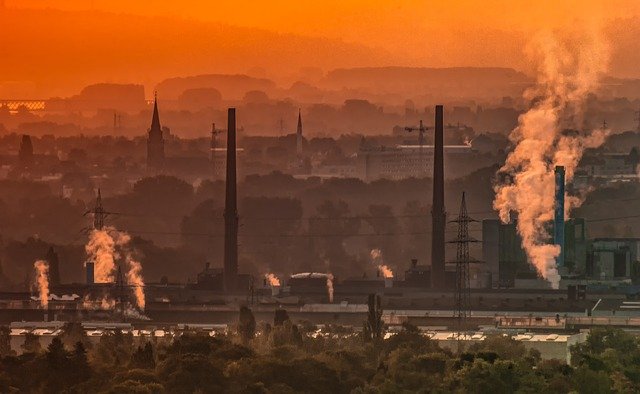 It is estimated that 90 per cent of the world suffers from harmful levels of air pollution, with the problems particularly acute in urban areas in the Global South, affecting some of the least well-off communities. A recent investigation into the largest cities in the world showed that the average annual level of PM2.5 air pollution was 39 microgram per cubic metre, nearly 4 times higher than the World Health Organization guidelines.

The worst affected cities were in Asia: Lahore of Pakistan, Delhi of India, Dhaka of Bangladesh, Ahmedabad of India and Xi’an of China having the highest levels measured, according to OpenAQ. The data illustrates the stark global inequalities of air pollution, which could be addressed by providing low-cost pollution sensors to communities across the world. For instance, the recorded PM2.5 levels in Delhi were 102 compared to just 7.7 in New York City.

A coalition of NGOs are addressing air pollution inequality through a new open source data platform using low cost air sensors. Developed with the Environmental Defense Fund (EDF), the pilot is hosted on OpenAQ.org and provides a portal for research scientists, NGOs, and individuals to access both reference grade air quality data across the world as well as newer, low-cost sensor data. The platform brings together low-cost sensor air quality data from EDF’s Air Quality Data Commons as well as from PurpleAir, HabitatMap and Carnegie Mellon University. The OpenAQ Platform already houses more than three quarter billion data points from more than 11,000 stations in 99 countries. The new pilot provides a new dashboard for searching and understanding low-cost sensor data, as well as all the data previously available on OpenAQ’s website and platform via an API.

The new OpenAQ platform will be a resource for cities, governments, and communities at a time when the effects of air pollution on public health, including the challenges they present in individuals diagnosed with COVID-19, have come into sharper focus. As nations around the world plan for a recovery from the pandemic that prioritizes climate change goals, tackling air pollution will become an important priority. OpenAQ’s data platform will give governments and communities an important tool to track these efforts and inform policies and programs.

Over half of the world’s population has no access to official government data on air quality, according to a study also published by OpenAQ. The study, entitled Open Air Quality Data: The Global State of Play examined 212 countries and found 51 per cent of governments are not producing air quality data of any major pollutants, while 103 are. OpenAQ has published a full list of air quality monitoring by Governments.

Low-cost sensors are a new air quality monitoring technology that complement more traditional and expensive reference grade monitors and help address these data gaps. While prices can vary, it is often in the 100s or 1,000s vs 10,000s of U.S. dollars for a reference grade monitor. Low-cost sensor units can be installed by individual users, communities as well as governments to increase coverage and access to air quality data to a greater number of citizens, policymakers and NGOs. Given their smaller size, they can be either mobile or in one place.

Jeremy Taub, Executive Director of OpenAQ, said “we want to encourage new, affordable solutions to monitor air quality, and bring that data to OpenAQ to increase funding and action for those communities who are most affected by air pollution. It will fill important data gaps allowing communities to develop solutions to air pollution.”