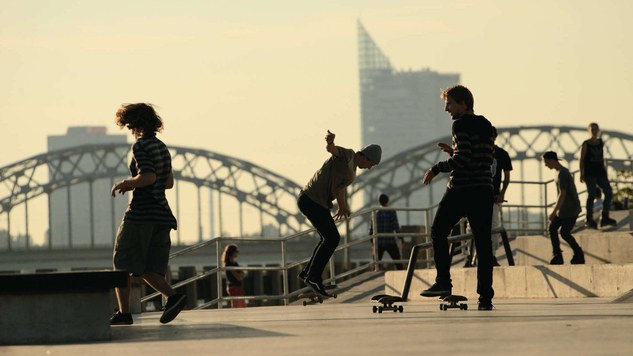 Despite slow improvements, air pollution continues to exceed European Union and World Health Organization limits and guidelines, according to updated data and information published by the European Environment Agency.

According to the European Environment Agency (EEA) on October 29, air pollution still poses a major danger to human health and the environment.

A statement from the EEA said: 'air pollution is an invisible killer and we need to step up our efforts to address the causes. In terms of air pollution, road transport emissions are often more harmful than those from other sources, as these happen at ground level and tend to occur in cities, close to people'.

'That is why it is so important that Europe redoubles its efforts to reduce emissions caused by transport, energy and agriculture and invest in making them cleaner and more sustainable'.

Hans Bruyninckx, EEA Executive Director, said: "Road transport is one of Europe’s main sources of air pollution, especially of harmful pollutants such as nitrogen dioxide and particulate matter, according to the EEA Air quality in Europe 2018 report.  Emissions from agriculture, energy production, industry and households are also contributing to air pollution. The report presents the latest official air quality data reported by more than 2,500 monitoring stations across Europe in 2016."

Past and current policies and technology advances have led to slow but steady progress in reducing these negative impacts. Updated estimates in the report indicate that concentrations of PM2.5 were responsible for about 422,000 premature deaths in 41 European countries in 2015, of which around 391,000 were in the 28 EU Member States. A wider assessment included in this year’s report, looking back to 1990, shows that premature deaths due to PM2.5 have been cut by about half a million premature deaths per year. This is due to the implementation of European air quality policies and the introduction of measures at national and local level which have led, for example, to cleaner cars, industry and energy production.

EU Commissioner for Environment, Maritime Affairs and Fisheries Karmenu Vella said: "This report shows us that air policy does work but it also reminds us that we need to make it work even better to achieve clean air across Europe, for all citizens. The European Commission has acted resolutely on air pollution and will continue to work with Member States to make sure that air quality rules are fully applied on the ground."

Particulate Matter: For PM2.5 (particles with a diameter of 2.5 micrometres or less), the percentage of the EU-28 urban population exposed to PM2.5 stood at 6% in 2016, down from 7% the year before. But approximately 74% of the EU urban population were exposed to concentrations exceeding the stricter WHO guidelines. Exposure to PM2.5 caused the premature death of an estimated 422,000 people in 41 countries in 2015.

Nitrogen dioxide: The annual limit value for NO2 continues to be widely exceeded across Europe. In 2016, 7% of the EU-28 urban population lived in areas with concentrations above the annual EU limit value and the WHO guidelines. This is down from 9% in 2015. Exposure to NO2 caused the premature death of an estimated 79 000 people across 41 European countries in 2015.

Ground-level ozone: About 12% of the EU-28 urban population were exposed to O3 levels above the EU’s target value in 2016, which is a considerable decrease from 2015 (30%). However, the percentage is still higher than the 7% recorded in 2014. Around 98% were exposed to levels exceeding the stricter WHO guidelines. Exposure to ozone caused the premature death of an estimated 17 700 people in 41 European countries in 2015.

A briefing also published on October 29, the ‘EEA’s health risk assessments of air pollution,’ provides a detailed overview of how the EEA calculates its annual air quality health estimates that quantify the impacts of air pollution on population health.

The health impacts of exposure to air pollution are diverse, ranging from inflammation of the lungs to premature deaths. In the case of the health risk assessment undertaken by the EEA, mortality is selected as the health outcome that is quantified, as it is the one for which the evidence is most robust. Mortality due to the exposure to air pollution is estimated in terms of 'premature deaths' and as 'years of life lost'. The estimated health impacts in the EEA air quality report are those attributable to exposure to PM2.5, NO2 and O3 in Europe in 2015. These estimates are based on information on air pollution, demographic data and the relationship between exposure to pollutant concentrations and specified health outcomes.

The estimates provide a measure of the general impact of air pollution across a given population and for example, cannot be assigned to specific individuals living in a specific geographical location.

Greenhouse gas emissions across the European Union rose slightly in 2017, mostly because of the transport sector. Preliminary estimates published on October 26 in the...