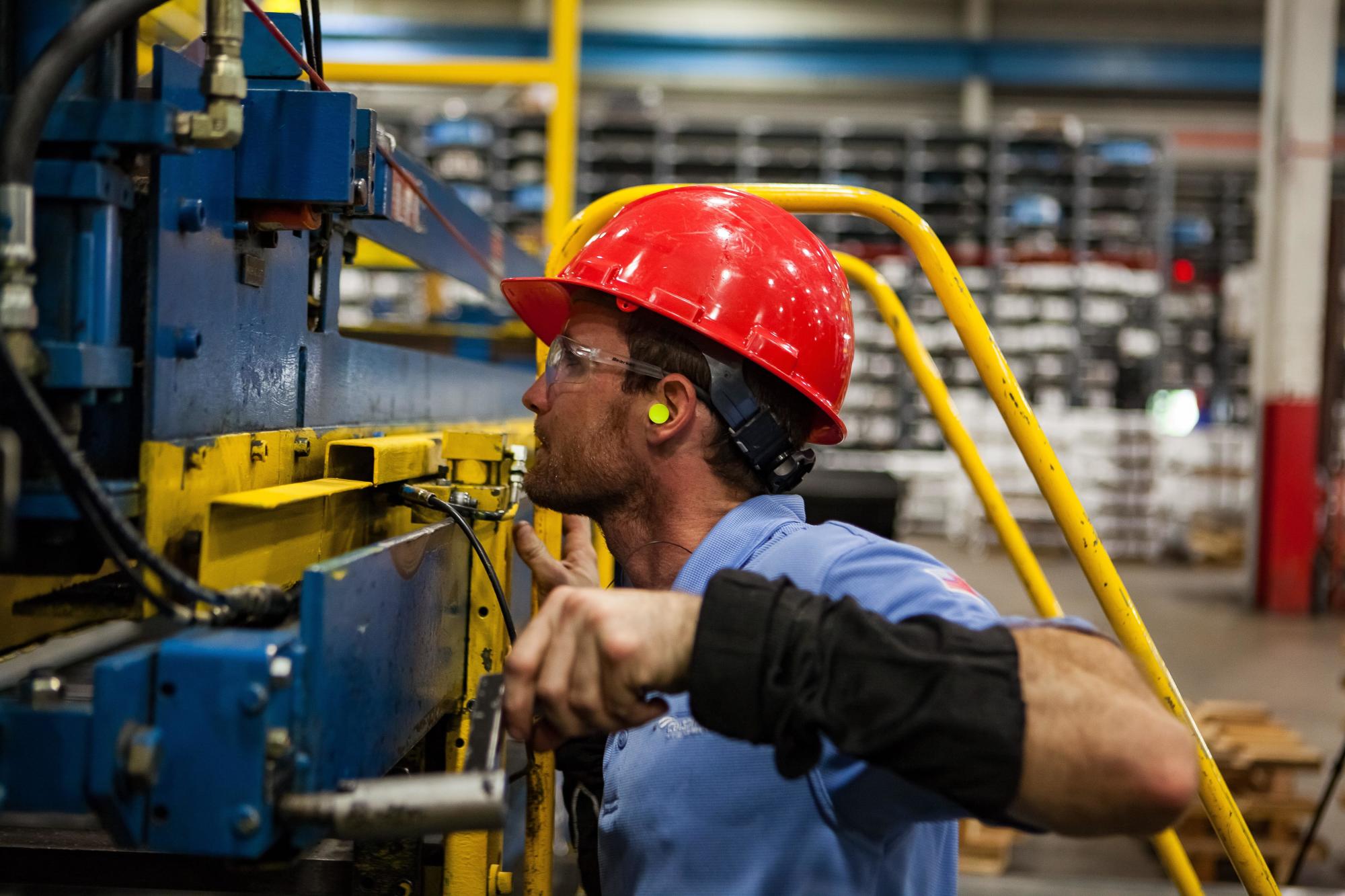 As the country celebrates the Queen’s Platinum Jubilee year, Alcumus have taken a trip down memory lane to look at how health and safety has evolved over the last seven decades.

When people think of risks, they think about risks to their own health and safety. But the importance of health and safety in the workplace simply cannot be underestimated. While progress has been made, many businesses still fall short of fulfilling this moral obligation and ensuring staff aren’t at risk of any injury as a result of the work they do for them.

Health and safety policies continue to improve around the world year on year, with fatality and injury numbers gradually decreasing. However, looking back at the past 70 years, health and safety was not always a priority for businesses or even their employees.

It wasn’t until 1974 that the Health and Safety at Work Act was passed and became the primary piece of legislation covering occupational health and safety in Great Britain.

The 1950s were a decade marked by the post-World War II boom. In major cities vacant bombsites, unrepaired houses and gardens turned into allotments. The need for post-war reconstruction was urgent, requiring an expanded labour force to help the UK economy get back on track.

Work was a very dangerous activity in many industries and given the absence of any health and safety regulations, and workers suffered severe health problems as they were exposed to a variety of dangerous substances in their work such as hazardous chemical agents.

During the 1950s, it was estimated that there were about 20,000 cases of dermatitis a year (of which some 4,000 were in mining as many miners kept wearing the same working clothes for too long, making their clothes harshly abrasive from impregnation with coal dust and oil), resulting in an average of four weeks off work each year per case.

While one of the biggest defining aspects of the 1960s was music, the "swinging sixties" was also a period that saw emergence of strong trade-union influence and witnessed a major extension of health and safety legislation.

As trade unions continued to push for better working conditions, The Factories Act 1961 was introduced. And at the time, the Act consolidated much legislation on workplace health, safety, and welfare in Great Britain.

However, towards the end of the 1960s, it was estimated that workplace-related injuries had increased from 450,000 to over 513,000  due to lack of regulation, which was only adhered to on an ad-hoc basis ahead of workplace inspections. These numbers served as another wake-up call to the government, acting as a strong basis for unions to call out for stricter regulations to be introduced.

The 70s was a decade of change. The UK went through changes in currency, government and saw the emergence of frequent labour strikes.

Trade unions started to pressure the government to expand the industries covered in the Factories Act 1961, which subsequently lead to the introduction of the Health and Safety at Work etc Act 1974.

The Act laid down general principles, and specific standards and procedures, which were still based on other statutes (such as the Factories Act) but extended to cover other areas such as providing adequate training of staff to ensure health and safety procedures were understood and monitored.

Shortly after, the Health and Safety Commission (HSC) was formed and a year later the HSE was set up to enforce health and safety legislation in all workplaces in the UK.

Picture: a photograph of some people working on some scaffolding. Image Credit: Alcumus

As the Health and Safety at Work Act became law in 1974, the reporting of serious incidents became compulsory from the 80s onwards.

While reporting became mandatory, the 80s, in particular, saw various action groups emerge to publicise the dangers of people working with asbestos, a fibrous and fire-resistant material, which was found to cause various diseases including cancer.

With a lack of health and safety regulations around the use of such a hazardous material, Asbestosis deaths peaked in the 1980s. Following various strike actions by trade unions, statutory bans on the use of blue and brown asbestos by various businesses was introduced in 1985.

By the early 90s, following a public outcry for improved regulations, various organisations started to take on more responsibility of their workers’ health and safety.

In 2005, the Work at Height Regulations were introduced, marking a pivotal moment for those working at height and the construction industry as a whole.

Proper training became a necessity and a shift towards taking a more careful, considered approach to working at height began as awareness around the importance of health and safety continued to rise.

Over the years, as regulations continued to improve, ensuring high standards of workplace health and safety became the norm.

However, with numerous rules to follow and obligations to fulfil, it became increasingly important for organisations to get access to genuine advice on effective management of workplace health and safety, across locations, contractors, and supplier networks.

Recognising the need for competent advice, in 2011, the Occupational Safety and Health Consultants Register was set up by the government to ensure that businesses had access to quality advice from health and safety practitioners, which were accredited to one of the professional bodies in the industry.

After decades of urging the government to act on improving health and safety laws in the UK, today’s generation benefits from working in far safer and sustainable workplaces.

As the world battled the impact of the COVID-19 virus, the importance of having effective health and safety procedures moved to the top of every organisation’s business agenda.

Risks to employee health and safety can come from anywhere. If anything, the rise of employer responsibility to address risks to the planet and its people shows an evolution in the right direction.

Picture: a photograph of a person wearing a hard hat and some in-ear ear protectors Image Credit: PX Fuel

Safety products and services company Arco has launched its latest safety centre in Bracknell, Berkshire. Investing over £ 2 million in the project, and bringing...