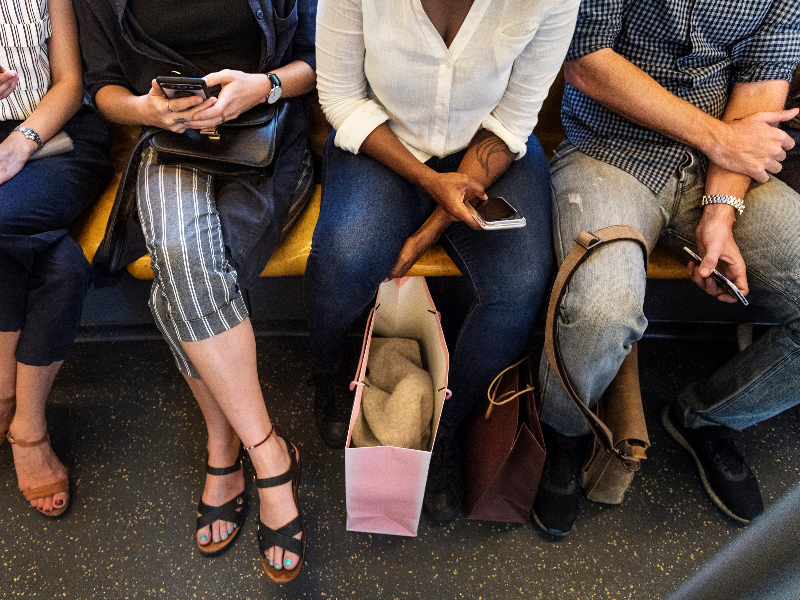 After working from home for almost a year, a third of UK workers say they miss their morning and evening commute.

This is evidently true for three housemates living in Clapham, who took to recreating their morning tube journey in their shower:

Victoria Short, CEO of Randstad UK, surprised by these findings commented: “We were expecting almost everyone to say that they already looked back upon commuting and the endless slew of physical meetings - in the same way most people view the practice of dressing for dinner in the 19th century.

“But almost twice as many people miss business travel than think it looks outdated. The chance to decompress on the drive home, reading a book on the train or watching netflix while having a couple of train beers - or the chance to get away from the nightmare of home-schooling and have some free biscuits - is clearly valued more highly than the time people win back by working from home or the benefits or choosing when you work. Working remotely also appears to be damaging people’s mental health to a degree.”

Picture: a graphic of a pie chart indicating that 34 per cent of workers interviewed miss their commute

Working Remotely is Currently Dictated To Us

The research was unveiled at a webinar hosted by Randstad UK on “The Death of the Office” with guest speaker, Rory Sutherland, the vice-chairman of Ogilvy Group UK and writer of The Spectator's Wiki Man column.

Sutherland said: “Although clearly we aren’t there yet, I think we may eventually look back upon commuting and the endless slew of physical meetings in workplaces as a time-consuming and costly ritual undertaken in the bizarre belief that the world would end if people no longer performed it.  Currently, working remotely is something that is being dictated to workers by the government and their employers; we may feel differently once we all have a choice.

“In the longer term, if you don’t need to live near a big city, you may be happier elsewhere. No one has really had the choice to enjoy that benefit yet as this national experiment with remote working has only been going on for 11 months.

“As a result, we may see a boom in house prices in market towns, rather than mega-cities like London and within 10 years. Season tickets may also become a thing of the past as people commute into cities twice a week, rather than every day -  as will London-weighting.  It may also help raise the average age of retirement as older employees can cut out the commute without having to give up work.”

Randstad’s research also showed the number of employees doing longer hours while remote working outnumbered the number working fewer hours by a ratio of five to one.

Victoria Short said: “For employees, one of the downsides of remote working is the fact they are having to put in more hours than they used to in the office.  This could be because there are fewer distractions at the office than there are at home, with spouses or children demanding attention - or it could be that the incredible number of lay-offs in the last 12 months or so has meant many employees are having to pick up work that colleagues would be doing had they not been made redundant.”

“When remote working returns to being an option, rather than an order - the choice of when and where to work could become welfare-enhancing.  And that could help mental health.”

Picture: a photograph showing the bottom half of some passengers on some train seats

Could Cutting Your Commute Help Tackle the Climate Emergency?

Research suggests that reducing your commute by just one day per week could save 379.2kg of CO2 emissions. This amount of carbon is equivalent to 2,433km on a...

Over 1,500 Key Workers Took up Europcar Rentals During Lockdown

Critical workers such as NHS, fire and police staff, teachers, carers and volunteer responders rented vehicles during the height of Britain’s lockdown. Europcar...

49 Per Cent of Commuters Plan to use Their Own Vehicle, as Travel Habits Shift

COVID-19 will revolutionise the way we commute, stemming from a lack of confidence in public transport, says Addison Lee. Research shows that 6 out of 10 London...

Travelling To Work In A Pandemic

Following the relaxation of lockdown rules and as we prepare to move to phase two, many who cannot work from home are returning to the commute. As schools, outdoor...