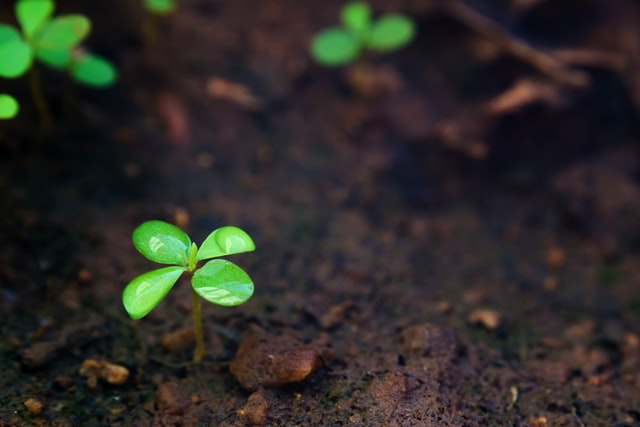 Researchers and scientists are experimenting with Biochar, the carbon-rich soil, to examine its use within the built environment.

Discovered via observing the man-made “Terra Preta” soils of the Amazon, biochar is almost pure carbon and is used in horticulture.

The soil is known to improve plant health by stimulating soil microbial populations. Incorporating biochar into soil has also been named as a route for CO2 removal by the Intergovernmental Panel on Climate Change; 2018.

However, biochar is also being experimented with as an addition to building materials.

“Instead of having to use special landfill sites for getting rid of contaminated building materials, we could be seeing tomatoes and potatoes growing on the remains of demolished houses.”

One such experiment originates from the Ithaka Institute for Carbon Intelligence in Arbaz, Switzerland, where Hans-Peter Schmidt is studying biochar’s potential as a building material.

Biochar’s low thermal conductivity and water-absorbing abilities make it suitable for building insulation. When combined with things like clay or cement mortar, biochar can make plaster or bricks that create highly insulated buildings with no loss of humidity levels. This humidity regulation means excellent indoor air quality with little opportunity for condensation and mould.

Biochar can also be applied to outside walls and rendering as an alternative to polystyrene foam. If used in this way, during demolition the plaster can be used as a compost supplement.

Additionally, it absorbs electromagnetic radiation resulting from the use of wireless technology and mains electricity, making it a useful material in smart buildings.

“As well as having excellent insulating properties, improving air quality, being able to soak up moisture and protect from radiation, biochar also allows buildings to be turned into carbon sinks. Every tonne of biochar used in a building’s envelope means that the equivalent of more or less one tonne of CO2 is prevented from re-entering the atmosphere.”

A carbon sink absorbs more carbon from the atmosphere than it releases, and cities full of these buildings are most certainly a vision of Schmidt’s low-carbon future:

“Biochar is produced from plants, has no toxic effects and can be recycled at the end of its lifetime as a valuable soil conditioner. This means that whole cities could become carbon sinks and, at the end of several centuries, returned to nature in the form of compost. Instead of having to use special landfill sites for getting rid of contaminated building materials, we could be seeing tomatoes and potatoes growing on the remains of demolished houses.

“Let’s start building SINK CITIES – with buildings made of wood, biochar, mud and lime, hemp, straw and wool. Instead of separating CO2 in the chimneys of coal- and gas-fired power stations and storing it underground (Carbon Capture and Storage – CCS), let’s instead store carbon in a meaningful and useful manner in the buildings of our cities.”

Biochar certainly isn’t the first carbon material to be suggested for use in the refurbishment and construction of buildings. Sourced from pure carbon, Graphene is the strongest material now known to science and is now being used to make carbon-absorbing paint for the built environment.

Picture: a photograph of some biochar with a metal trowel

If you want to learn more about the potential of biochar, two virtual events have been planned from the Energy and Bioproducts Research Institute (EBRI) at Aston University.

After a presentation held last month by the institute, organisers of the event, “Biochar Webinar: Challenges, Benefits and Applications”, we were inundated with hundreds of businesses from across the globe, signing up to find out more about how they could benefit from using the fuel source.

The virtual sessions will help anyone with an interest in biochar to be able to find out more about how the multi-purpose material can help decarbonise rural and urban environments.

Tim Miller, Director of Engagement at EBRI said: “In the build-up to COP26 which will be happening in November, the world is going to be talking more and more about energy, sustainability and the path to net-zero. This is why it’s so important for us to be able to showcase what we do within EBRI, along with the research, but also be the thought leaders in such an important subject which will be affecting us all.

“This is why we have decided to release two more dates for the talk, and have also been mindful to host one later in the day so our counterparts in countries such as America will also be able to log in and find out more about biochar.”

Picture: a photograph of some plant shoots in some soil