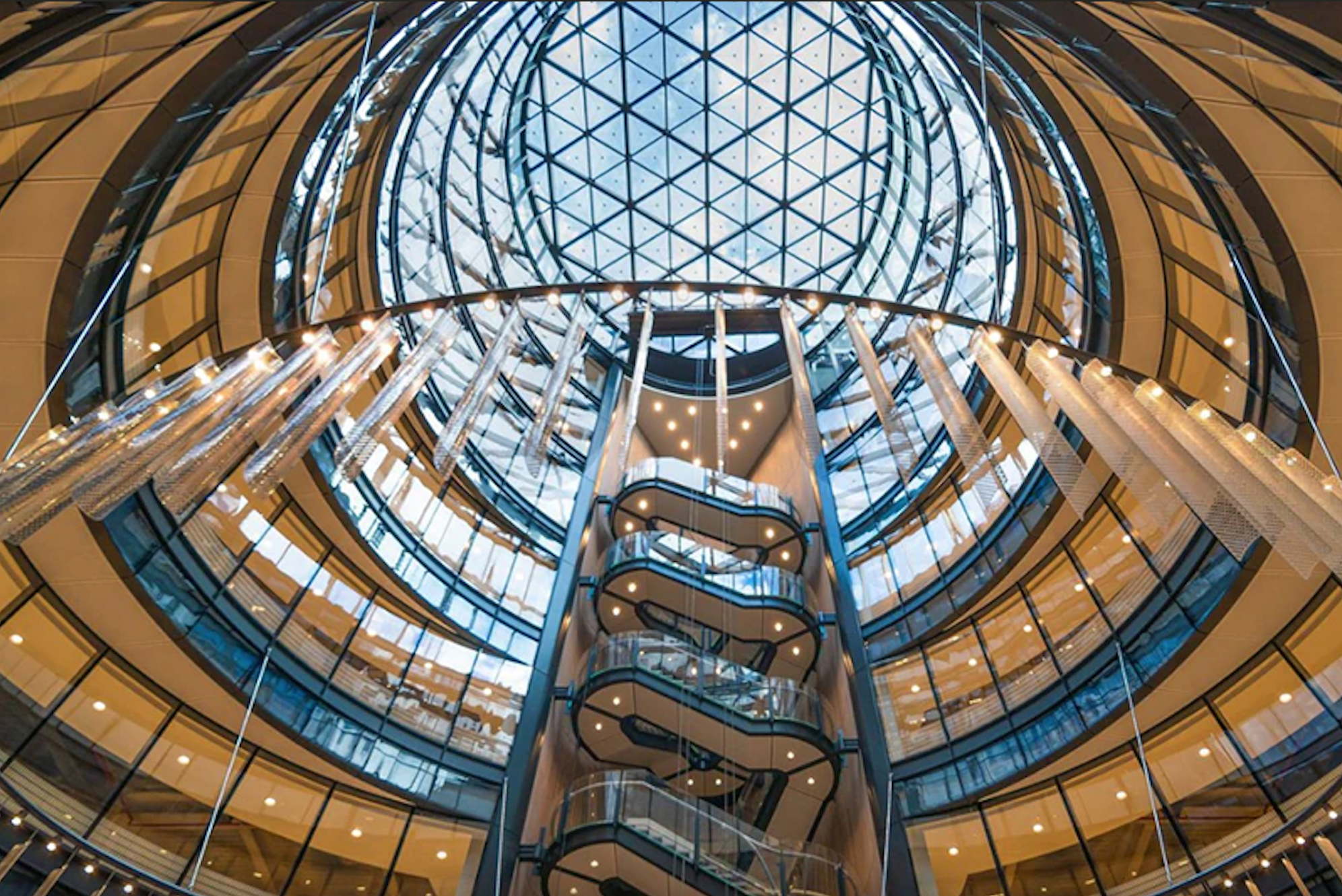 Comprising 48,000 sq ft set across the first and second floors of the building, Storey at 100 Liverpool Street offers customers’ private, branded office space, meeting rooms and breakout areas, which can be fully customised and managed on their behalf. Following its success at British Land’s Paddington Central campus, 100 Liverpool Street will also house Storey Club, offering a mix of workspaces away from the office, including lounge areas, a café, meeting rooms and events space.

Designed with Gensler, Storey’s unique modular design enables each private workspace to be reconfigured to meet customers’ needs, including office layout, size and aesthetic. Storey customers can also modify their space requirements within the Broadgate campus, providing an additional layer of flexibility as their businesses evolve.

100 Liverpool Street has been designed to the highest sustainability and connectivity standards. The building recently received a BREEAM Outstanding rating and is on target to achieve WELL Gold certification. It is fully tech enabled to optimise the user experience, from sensors to help understand their environments including lobby traffic, occupancy and air quality, to facilitating touch free journeys through the building.  As of March, British Land have completed the offset of residual embodied carbon at 100 Liverpool Street making it their first net zero carbon building and one of very few in London.

100 Liverpool Street is an excellent case study of British Land’s approach to delivering sustainable buildings. In line with their commitment to re-use first, they were able to retain 50 per cent of the existing structure so embodied carbon was low at 390kg CO2e per sqm, already below their 2030 target of 500kg CO2e per sqm. This approach also enabled them to complete the building faster and more cost effectively than building from new. They have made low carbon choices throughout and adopted smart technologies to enhance operational efficiency as well as the customer experience, for example by optimising light and heat.

Their approach is to offset only once they have done everything they can to reduce embodied carbon in a building. Their offset strategy is to focus on carbon removals for residual emissions which means using nature based solutions that absorb carbon through growth rather than carbon avoidance or renewable energy projects.

They support certified schemes in the UK and overseas and choose projects that have a positive impact on the communities in which they are based. At 100 Liverpool Street, the offset was split equally between a project restoring 30,000 hectares of land on the Tibetan plateau and a teak afforestation project in Mexico. They have fully offset embodied carbon emissions now and mirrored that with an additional commitment in the UK, supporting the planting of 150,000 trees in Cumbria and Scotland which is forecast to double the total offset already purchased over the development life cycle of the building.

Nigel Webb, Head of Developments at British Land, said: “We are thrilled with what we’ve achieved at 100 Liverpool Street which serves as a blueprint for future sustainable development at British Land. We will never eliminate all carbon in development but with the right schemes, we can balance our emissions by supporting projects which truly absorb carbon from the atmosphere and have a positive local impact.”

Customers will also benefit from access to Broadgate’s new digital customer engagement app, which has been designed to help people get the most from their time on the campus and will also play a key role in supporting businesses to reoccupy their spaces. In regards to the latter, software for managing employees and customers in real time is becoming increasingly popular.

Stuart Templeton, Design Director at Gensler said: “We are delighted to have partnered once again with Storey on the design of their new workspace location at 100 Liverpool Street. Throughout the project, we have made use of the building’s strong architectural elements to define the contrasting Storey areas, with productivity, wellness and aesthetics remaining front of mind. As with each design process, sustainability has been a key consideration and we have sought to maximise the use of recycled and sustainable solutions throughout, whilst ensuring the product remains of the highest Storey standard.”

British Land is investing £1.5 billion over 10 years to transform Broadgate into a world-class, mixed-use destination for London. The campus hosts many of the world's leading financial, legal, technology and media companies, alongside some of London’s best shops, restaurants and bars, including 90,000 sq ft of premium brands at 100 Liverpool Street and the UK’s first Eataly. It is also home to four public squares, including Exchange Park, a 1.5-acre park, which is currently under construction and will quadruple the amount of green space at Broadgate.

Picture: inside Storey at 100 Liverpool Street.

Which FM Companies are the Most Sustainable?

The Sustainable Facilities Management Index has named five FM services providers that have achieved a Platinum score in 2021. These companies have demonstrated real...