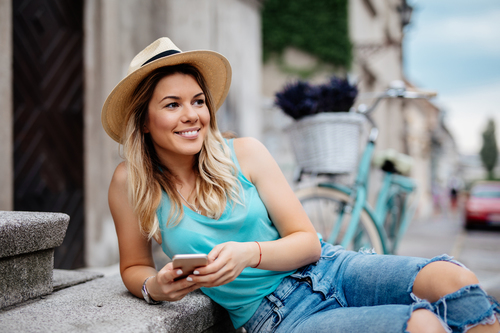 A third of survey respondents feel that they are addicted to their smartphones, with 15% checking their phones within 15 minutes of waking.

The survey (conducted on behalf of SMS marketing co Textlocal), also highlights how smartphones are now an intrinsic part of everyday life, often at hand for more than 16 hours a day with the average user checking their phone 10,000 times a year, 4,000 of these coming entirely out of habit.

The survey and subsequent research document was commissioned to find out exactly how consumers are using their phones and what they think about mobile communications. It found that currently 85% of the adult population now own a smartphone, an increase of more than 63% in the last five years. This figure is forecast to grow to 93% of adults by 2023, with the 55+ the fastest growing age group.

The findings illustrate how smartphones are now part of everyday life and that the primary role of making calls is becoming less important, with only 59% saying they make calls via the phone every day. Other than making calls, the other most popular functions include sending SMS (92% of respondents), taking photos (91%) and checking emails (86%).

More than 60% of consumers use at least one messaging medium daily, meaning that it has become a more popular way of communicating than making calls. Other popular daily activities uses include browsing the internet (75%), checking social media (67%) and sending SMS (61%). Of those who check social media and regularly send SMS, a third responded to say they were ‘constantly’ checking social media and 22% constantly using SMS to message friends, family or colleagues.

The growth in online shopping via mobile is also evident with three quarters (75%) using their phones to browse every day and with an average monthly spend growing to £21.15 (Ofcom 2017). The average person now spends 40hrs per week browsing internet on their mobiles – 6hrs a day – and in 2017 smartphones overtook computers in terms of devises being used to get online.

Jason Palgrave-Jones, MDof Textlocal, said: “Smartphones have revolutionised the way we work, rest and play. People of all demographics have embraced the convenience and advancements in technology, allowing the devices to play a vital role in how we live our lives today. These technologies have bought convenience and connectivity to our lives and if used appropriately provide excellent opportunities for businesses and consumers alike.”

The advances in technology, connectivity and availability mean that smartphones are typically ‘to hand’ for more than 16 hours a day with 56% using them as their daily alarms, more than half (55%) track their wellbeing on their phones and just under half watching video clips every day on their phones – less corporate videos but more ‘how to’, humour or influencer marketing videos.

The full study and guide can be accessed for free - Click Here.

Picture: Brits are addicted to their mobile phones.

The Nokia 3310 was officially relaunched on February 26 . The device first went on sale in the year 2000 and has since sold over 126 million units across the globe,...