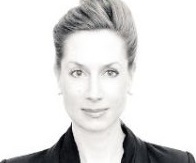 The building construction process is time-consuming, writes Liss Christine Werner. Each function, from design to production and construction, follows a linear workflow with a large portion of tasks being carried out manually.

The initial design phase is usually digital and agile, however even the design process in the architecture and construction sector is significantly slower than in other industries. Just think of the automotive or manufacturing sectors, where automation and digitisation play key roles throughout the entire production process and life-cycle of a product.

Built By Data, an Innovation Activity undertaken by a consortium of partners and promoted by EIT Digital as part of its Digital Industry Action Line, aims to bridge this gap, creating a seamless digital process spanning from the end of the design phase to building site operations.

The team is aiming to create a ‘closed-loop digital design workflow' incorporating a feedback loop for architects to help them optimise the next generation of buildings. This will be achieved both by integrating different enterprise resource planning and product life-cycle systems through software plug-ins able to merge different types of data, and by using Internet of Things sensors that will collect this data to optimise the building's performance.

In 2018, the initiative focuses specifically on using this methodology to improve the visual comfort of occupants, eg avoiding glare from the sun. State-of-the art parametric tools will be combined with data from geographical information system and open building information modelling, eg, climate data, as well as digital fabrication methods to create a secondary facade of a building.

A testing ground for this experimentation has been already identified: the 'Haus der Statistik' in Berlin, a complex of East German buildings originating from the late 1960s and built of prefabricated concrete and composite elements.

The Built By Data team, led by TU Berlin, with Aalto University, Parametric Support, Arup and Digital FabLab Berlin as partners and Design2Production as business champion, will optimise the geometry of the north-west façade of the building, to improve its visual comfort, economic and ecologic sustainability.

An awkward and unpleasant glare arises when a person looks out of a window in the direction of the sun or when direct sunlight reflects on surfaces that are in the field of vision. In these situations, discomfort in the form of increased heat radiation can occur. Thus, sun screening in some form is necessary for most of the buildings.

Modular, parametrically designed façade panels will be built to redirect the sunlight to increase visual comfort. The integration of IoT sensors allows the intensity of visible light and glare, temperature, humidity, noise and other parameters to be measured.

A minimum viable prototype of the solution will be ready by the end of 2018. Next year, the initiative will continue, focusing specifically on noise reduction and acoustic optimisation.