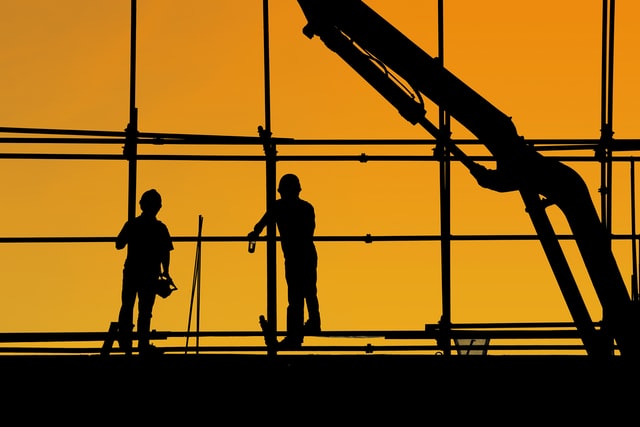 The collapse of corporate giant Carillion in January 2018 highlights a culture of financial deviance embedded at the heart of the UK construction sector, according to research by London South Bank University.

The research concludes that, following the collapse of a major financial institution like Carillion, individuals and teams in the wider construction sector, often accommodate, explain away or normalise discrepancies and problems.

Carillion was a British construction and FM services company, which was put into liquidation in 2018 after revelations about its financial difficulties. The liquidation caused huge project delays nationally and abroad, and over 3,000 redundancies within Carillion. The conduct of the firm's board was also called into question, with the UK government looking to ban eight former directors from senior boards.

“What is concerning is that, as happened with Carillion, construction companies currently lack an early warning system that could alert them to emerging signs of deviant corporate behaviour and malpractice. This means that the construction industry is still likely to be at risk of falling prey to ‘normalised deviance’ and its damaging consequences in future.’’

The research project is led by Dr Sara Hajikazemi, Senior Lecturer in Project Management at London South Bank University's (LSBU) Business School, in collaboration with co-authors from the Norwegian University of Science and Technology and Nord University in Norway, and the University of Oulu and Tampere University in Finland.

Dr Hajikazemi's team argues that the normalisation of problems adds to a culture that unintentionally reduces awareness of the potential consequences of that deviant behaviour. Taken together, these factors can result in a company not following codes of practice while failing to anticipate and manage a wide range of potential reputational issues and structural internal crises.

The researchers have performed a qualitative analysis on the collapse of Carillion, listing the most common deviant practices and sources of "normalisation of deviance" embedded in the sector. The findings suggest that this culture lies not only internally, but also externally, in the wider industry environment in which construction organisations operate.

The research detected three distinct types of "normalisation of deviance" that existed within Carillion before the corporation’s collapse that could also be prevalent in the wider construction sector:

The researchers categorized these three types of "normalisation of deviance" as internal or external, depending on whether they related to the company under observation or its main stakeholders.

They observed that, while in hindsight, these practices could be viewed as unacceptable, their emergence was a gradual process that took place over several years. This pattern of corporate behaviour indicates that "normalisation of deviance" is likely to be embedded in corporate culture and very difficult to detect in the initial stages of its development.

A Pressurized and Competitive Culture

The researchers found that the business characteristics in the construction industry, with its highly competitive and pressurized culture, low-profit margins, complex and uncertain undertakings, have all contributed to the emergence of questionable business practices.

Dr Sara Hajikazemi, said, “Our research shows that ‘normalized deviance’ has always been present in the construction sector.

“What is concerning is that, as happened with Carillion, construction companies currently lack an early warning system that could alert them to emerging signs of deviant corporate behaviour and malpractice. This means that the construction industry is still likely to be at risk of falling prey to ‘normalised deviance’ and its damaging consequences in future.’’

Picture: a photograph of some silhouettes of some construction workers

A net-zero guide aimed at facilities managers and building services professionals has been published by BSRIA and London South Bank University. The guide is a...