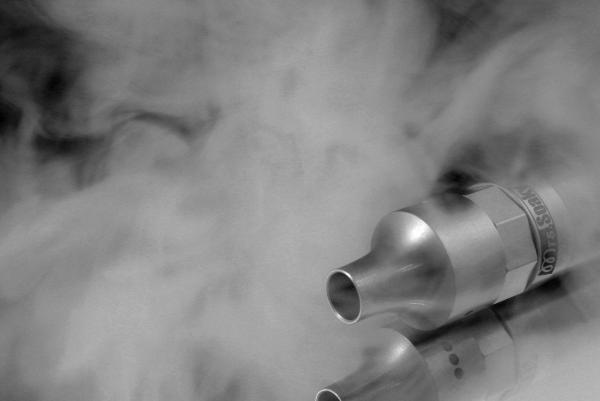 E-cigarettes may have helped about 18,000 people in England to give up smoking in 2015, according to new research published in the British Medical Journal today this week ending September 16.

Researchers at the Health Behaviour Research Centre at UCL have analysed data from the Smoking Toolkit study which provides the latest information on smoking and smoking cessation in England and data on the percentage of the smokers who set a quit date with Stop Smoking Services to come up with their figures.

It’s estimated that 2.8 million people in the UK use e-cigarettes. And they are the most popular smoking cessation aid in the UK.

Professor Robert West, Health Behaviour Research Centre at UCL, said: “England is sometimes singled out as being too positive in its attitude to e-cigarettes. This data suggest that our relatively liberal regulation of e-cigarettes is probably justified.”

Alison Cox, director of prevention at Cancer Research UK, said: “Giving up smoking can be really tough. It’s important to remember that getting support from Stop Smoking Services is still the most effective way to quit. E-cigarettes can play a role in helping people quit and the evidence so far shows e-cigarettes are much safer than tobacco. This study shows the positive impact they’ve had on helping people give up the deadly addiction.

“We’ll continue to fund research into e-cigarettes to build our understanding, and encourage people to combine the most popular method with the most effective – Stop Smoking Services. But this study reassures us of the promise these products have.”

Picture: Not going up in smoke - E-cigarettes have had a positive response from those who disapprove of smoking

Smoking with Vapour May be No Caper

A US study calls into question the claims by e-cigarette manufacturers and suppliers that they are as beneficial as they are promoted. The study*, which was published...