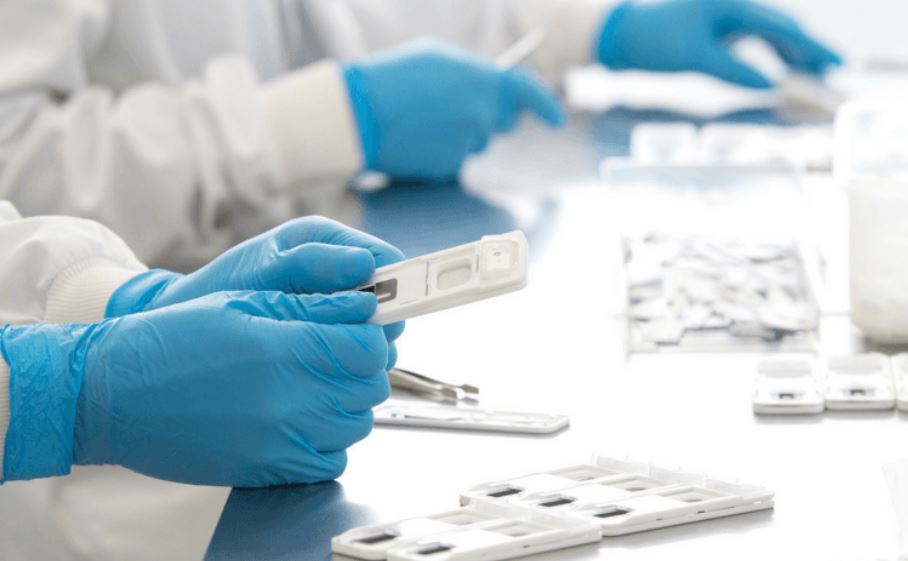 The new test provides a hygienic and dignified means of supporting a wide range of workplace drug testing scenarios – from pre-employment screens and random drug tests to post-accident investigations.

Thanks to its simple, fingerprint-based approach, the Intelligent Fingerprinting Drug Screening System brings a new level of convenience and flexibility to workplace drug testing.

The test works by analysing sweat from a fingerprint to determine if someone has recently used cocaine, opiates, amphetamines or cannabis.  Fingerprint sample collection takes just five seconds, with simultaneous screening results for all four drug groups provided in a few minutes. Fingerprint drug testing is easy to implement wherever and whenever it is needed, offering a versatile and effective means of supporting a company’s drug screening policies.

Intelligent Fingerprinting’s Dr Paul Yates said: “An effective drug screening programme is a critical element of any workplace drug policy – particularly in safety-critical sectors such as construction, logistics, airlines and public transport.  Until now, employee drug testing has been challenging because of the time, specialist handling and preparation required to collect and dispose of biohazardous body fluids such as urine and oral fluid samples.

“With fingerprint drug testing, employers  can carry out drug testing at a time and place to suit, without advance preparation.  A single fingerprint sample is all that’s needed to screen for multiple substances,” continued Paul. “Within minutes our portable reader provides a clear negative or positive result for each of the four drugs in the test and employers are quickly alerted to a potential issue and can act quickly according to their own organisation’s drug misuse policy.”

An active workplace drug testing policy plays a vital part in helping to identify drug misuse by employees and, beyond the obvious safety aspects, it can have additional benefits for a business and its employees. Absenteeism and compromised productivity can be reduced, while organisations can also take early steps to support employees with drug problems and help them get the treatment they need. Conventional drug screening tests require the collection of body fluid samples (usually urine, saliva or sometimes blood). However, the collection of invasive body fluids for drug testing can be costly, time-consuming and difficult to administer on-site because of the need to set up specially prepared collection areas and provide trained – often gender-specific – collectors. Existing drug testing methods can also be intrusive or undignified for the employee and the sample collector. Intelligent Fingerprinting’s non-invasive approach makes drug screening more dignified for both testers and those being tested.

How does the Intelligent Fingerprinting Drug Screening system work?

The Intelligent Fingerprinting Drug Screening System features a single-use cartridge – which is used to collect the fingerprint sample in just five seconds – along with the Reader 1000, which analyses the cartridge to provide simultaneous test results for cocaine, opiates, cannabis and amphetamines in minutes.

Find out more in the introductory video from Intelligent Fingerprinting demonstrating the new fingerprint drug:

Drugs & Alcohol - The Signs, The Test & The Support

Suzannah Robin, an alcohol and drug safety expert at AlcoDigital, has helped numerous companies across the UK with their testing policies and procedures. Here she...

What is the future of drug testing?  What does it look like?  How does it work?  And how will it benefit you and your team? This January, Intelligent...