From Zero to Nothing - Ozzie Kills Zero Carbon Building Plans 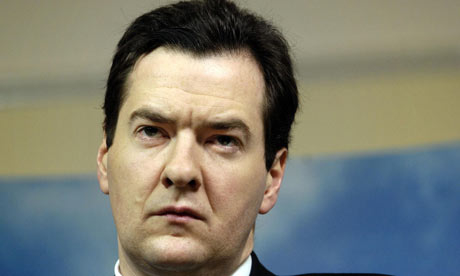 The section of the newly released Productivity Plan, an announcement of changes to the planning process confirmed that the government was dropping the zero carbon buildings policy first announced in 2007 by the Labour administration.

As a result of this change, both the 2016 zero carbon homes target and the 2019 target for non-domestic zero carbon buildings will be dropped and there will be no changes to Part L in any form during 2016.

"This is not a huge surprise to me, because getting the changes to Part L that zero carbon needed was already looking challenging,” stated Hywel Davies, Technical Director, Chartered Institute of Building Services Engineers (CIBSE). “It has been clear for some time that the offsetting elements of the Allowable Solutions scheme did not fulfil the requirements of the EU Energy Performance of Buildings Directive, under which the UK has to deliver nearly zero energy buildings from 2021 (and 2019 in the public sector).”

The response was backed by the Glass and Glazing Federation (GGF) which has been a constant critic of the Government’s approach to energy efficiency, including the ill-fated Green Deal. Nigel Rees, its CEO, stated: “This latest announcement is not helping construction or the environment in any way and is merely scratching at the surface of the bigger problem.”

Not so critical was the Federation of Master Builders (FMB), although its interest tends to be in the residential sector. A spokesperson commented: “There has been an increasing feeling that the standards were in danger of running ahead of the industry’s understanding and ability to deliver. The UK will still have to meet the target set by the EU Energy Performance of Buildings Directive that all new homes are ‘nearly zero-energy’ by the end of 2020. Right now, a period of consolidation makes good sense and will give us an opportunity to fix issues like the dangers of over-heating or poor air quality which can arise in some highly energy efficient buildings and the gap between designed and as-built performance.”

Picture: Chancellor George Osborne has not scored many points in his favour concerning the end of the zero carbon building policy