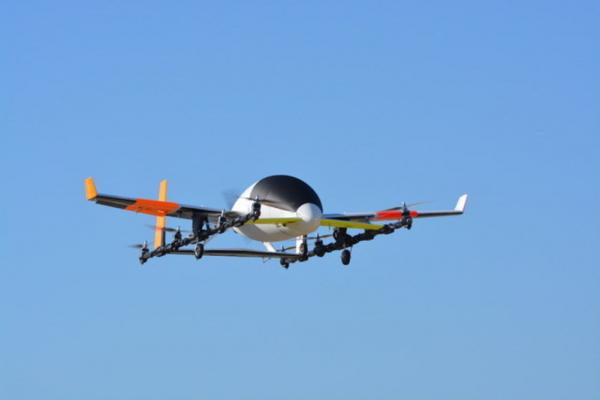 Texas this week ending April 28 saw Embraer and Aurora reach an agreement to help push and partner on the Uber Elevate Network that will allow the potential development and deployment of small electric vertical take-off and landing vehicles (VTOLs) for short urban commutes.

"Uber is taking a big step forward toward making the world's first VTOL network a reality and our partnership with Aurora Flight Sciences will help get us off the ground," said Mark Moore, Director of Engineering for Uber. "The Elevate VTOL network will help improve urban mobility around the world and transform the way we travel."

Aurora’s eVTOL concept is derived from its XV-24A X-plane programme currently underway for the US Department of Defense. Aurora has adapted and combined the autonomous flight guidance system from its Centaur optionally-piloted aircraft, the perception and collision avoidance system from its AACUS programme and the battery electric propulsion system from the XV-24A demonstrator to create the eVTOL design.

"The Uber Elevate mission is all about low noise, high reliability, and low cost," said Aurora CEO John Langford. "We have already built and flown the first proof-of-concept aircraft."

The partnership agreement provides the basis for a system of urban transportation solutions that will enable users of the Uber Elevate Network to request an Aurora eVTOL aircraft via Uber's computer or mobile software applications. With the successful first test flight of the aircraft on April 20, 2017, the goal of delivering 50 aircraft for testing by 2020 is well within reach.

“We share the vision that the state of transportation in congested cities is ripe for innovative solutions, such as on-demand aviation," said Paulo Cesar de Souza e Silva, Embraer’s CEO.

"Embraer’s roles in commercial and business aviation were attained through the introduction of disruptive aircraft and services, and we are confident that our DNA will add value to new concepts in urban transportation as well,” said Antonio Campello, Vice President for Corporate Innovation.

“Embraer is a manufacturer of commercial jets for up to 130 seats and one of Uber’s most experienced partners in this space. Their knowledge of certifying fly-by-wire aircraft and their confidence that they can similarly bring fly-by-wire technology affordably to these much smaller aircraft is an essential ingredient for our success”, said Mark Moore, Uber’s Director of Engineering for Aviation.

The sight of Japanese senior managers at Mitsubishi bowing at a press conference to apologise for what appears to be deliberate falsifying of test performances of two of...

US firm Smart City has been forced to reach an agreement with the FCCEB to stop blocking consumers using their own data plans and forcing them on to paid wi-fi use at...