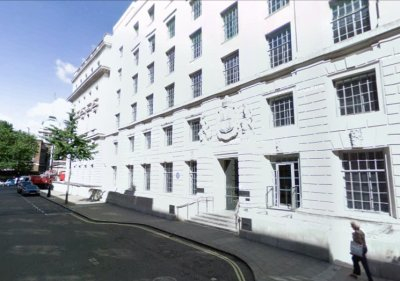 This week has seen the Department for Communities and Local Government (DCLG) state that the government will consider proposals that could see Display Energy Certificates (DECs) for 54,000 public buildings in England and Wales abolished.

In a consultation it published, the DCLG said it was considering ‘removing the legal requirement’ for DECs in public buildings such as town halls, swimming pools and schools. Since 2008, all public buildings over 1,000sq.m have been required to have a DEC which shows the energy performance of the building based on its actual annual energy consumption and the CO2 emissions that result from that energy use. Buildings with a total floor area of between 500sq.m but below 1,000sq.m are required to have a DEC every 10 years.

The government suggests DECs could be abolished on the basis that current regulations may have ‘gold-plated’ European Union (EU) requirements, i.e. exceeded the requirements of EU legislation when transposing Directives into UK law. The consultation quotes a government study showing that energy consumption fell by 2% more in public buildings with DECs than comparable private sector buildings (between 2008 and 2009).

Ironically, when the Department of Energy and Climate Change (DECC) moved into its new headquarters at 3 Whitehall Place in 2008 it received a ‘G’ rated DEC; the lowest. By 2012 it had improved this to a DEC rating of ‘C’. The Department estimated at the time to have saved around £156,000 in 2011/12 on energy bills.

The response from the environmental lobby has been severely critical. “Any suggestion of scrapping DECs for public buildings simply beggars belief,” declared John Alker, Acting CEO, UK Green Building Council. “Time and again, the government trots out the mantra of not ‘gold-plating’ EU requirements to minimise administrative costs but completely misses the potential benefits that going further offers. There are clear examples – including the DECC’s own headquarters – where DECs have helped public bodies to reduce their energy use and slash bills by an amount that hugely outweighs the administrative costs."

Mr Alker concluded that rather than rowing back on DECs, the government needs to ensure they are better enforced, with a view to extending them beyond public buildings.

Pictured: Government proposals that may lead to scrapping DECs have been criticised. Above, the DECC’s headquarters at 3 Whitehall Place raised its DEC rating to ‘C’ in 2012 with a saving of £156,000 in energy bills.

Elmhurst Energy has urged the Department for Communities and Local Government (DCLG) to take another look at what it believes are ‘contentious’ proposals...