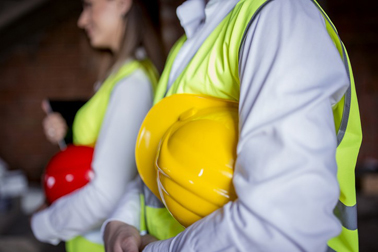 East Ayrshire Council has blocked weak passwords after an annual audit revealed their 6,000 employees were leaving the organisation open to cyber threat.

A 2017 audit had shown that many users were using common passwords such as Password1, Initial1 and Summer17. They were also selecting easy-to-guess passwords containing the names of local football teams (Kilmarnock, Celtic and Rangers etc).

There was also a short password expiration period of 45 days, so users were even resorting to adding a number at the end of their previous password in order to update it.

“We had a problem with weak passwords and the Active Directory password policy settings didn’t allow us to block common words,” says Ian Aston, ICT Security Manager at the council.

“We were familiar with Specops Software and quickly set up a demo to review the Specops Password Policy software.”

In addition to blocking high-probability passwords, the council wanted to use password expiration without encouraging password reuse and incremental passwords. Support for passphrases was seen as a desirable feature in the password enforcing software.

The council created a custom list of banned passwords containing the most common passwords and the weak passwords revealed by the audit. Adding this to the software made it possible to stop all of these words from being chosen when setting a password. They also used the feature in Specops Password Policy to stop incremental passwords.

The implementation was carried out over eight weeks, starting with the IT staff before enabling it for all users. To prepare the council employees for the new password policy, Ian Aston and his team sent an email explaining the new policy with screenshots of the error messages a user would get if they chose a password on the customised dictionary list.

“We installed the Authentication Client on all of our endpoints so that our users would get the messages should they fail to choose a strong password,” Aston said. “The feature is very helpful, making the implementation process very smooth. We only received a couple of calls to the helpdesk with questions.”

Now that users are aware of password security, Aston is looking to enforce passphrases. These longer passwords would stand up to brute force attacks better. Aston may also extend the expiration period so that users will not need to reset their passphrases as frequently.

For the passphrase rollout Aston is planning user communication in the form of end user security training, emails and desktop alerts. Training is underway to give the users suggestions for how to come up with a secure passphrase that is easy to remember but hard to crack.

Picture: East Ayrshire Council has implemented a password policy for 6,000 employees that range from support services to social workers.

Younger employees have been identified as the main culprits for security breaches in the workplace in a study by Centrify of UK senior decision makers and...