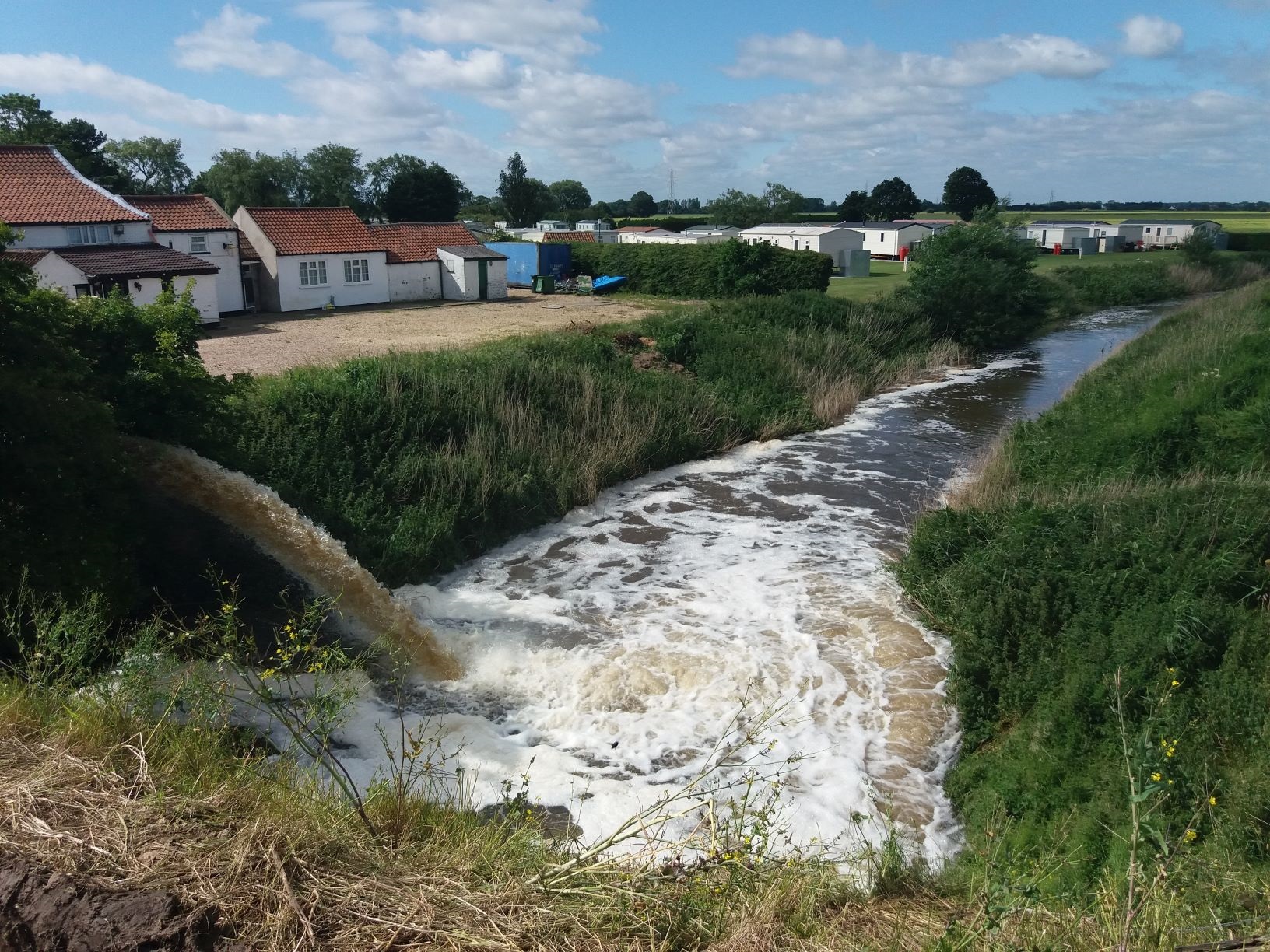 Devastating flood damage caused by sudden bank breaches can be minimised by tapping into local knowledge and resources, a major risk management authority has said.

That same local knowledge can also help to manage water levels and create availability during times of drought,

“Climate change is a reality. We have to accept that with more extreme weather conditions, there will be increased frequencies of river bank overtopping,” said Innes Thomson, Chief Executive of the ADA (Association of Drainage Authorities), the organisation representing drainage, water level and flood risk management authorities in the UK.

“It is all about resilience. We must ensure embankments can withstand overtopping without failing,” added Thomson. “The local knowledge of public bodies such as Internal Drainage Boards (IDBs), alongside others including the local Environment Agency offices, Local Authorities and Parish Councils, is key to providing a local service in managing water where it really matters, to the people and the environment.”

Citing the example of the sudden bank failure on the Steeping River in June, causing flooding devastation to the Lincolnshire village and community of Wainfleet, the ADA warns that it is essential that when water does breach embankments, the infrastructure is in place to get rid of that water.

“The first priority is to ensure embankments are resilient to avoid dangerous breaches. Local IDBs are best placed to identify any concerns within their own drainage district, due to local knowledge and surveying of risk areas,” continued Thomson.

“When water does overtop embankments, it is essential to have the infrastructure in place, with well-managed and maintained sluices and pumping stations to divert water and relieve pressure.”

Thomson has flagged up the recent £1.8 million sea defence project at Wrangle Banks, on the Lincolnshire coast north of Boston, funded by Defra, with European Regional Development Fund (ERDF) support via Lincolnshire County Council. Here sea defences were raised and re-profiled to increase their resilience in an area of the Wash shoreline previously viewed as potentially catastrophic.

Headed up by Witham Fourth District IDB (W4IDB) as the lead risk management authority, this partnership project protects 3,400 hectares of prime grade one farmland and 460 domestic and industrial properties.

The project involved re-profiling the sea banks and raising them to over 7 metres high, with a slope leading to a soke dyke to cope with future over-topping. The project created a maintenance strip behind the bank and larger soke dykes. During high tides, these accommodate the water that permeates up through the ground and during heavy rainfall, they enable surplus water to flow to the W4IDB managed pumping stations.

While the lasting memories for many of the viewing public, watching coverage of the devastating Wainfleet flooding, may well be the two RAF Chinooks and a Puma helicopter dropping 342 one tonne bags of aggregate to plug the breach, what was going on behind the scenes was more engaging for the local communities. Recognising the incredible response from all the emergency services and authorities involved, Lindsey Marsh Drainage Board were at the heart of the operation, the IDB’s Thorpe Culvert pumping station moving 430,000 cubic metres per day out of the flood cell and back into Steeping River. When water levels threatened breaching the sub-station, the IDB team were joined by members of the local community, the emergency services, the Environment Agency and others, battling to keep flood water out of the station’s structure by building temporary defences, using over a thousand sandbags.

Witham Fourth District IDB also played a decisive role by taking water into their neighbouring system, from the Steeping River. They diverted water 17 miles through a well maintained drainage network and two pumping stations to get to the Wash, helping to relieve pressure on the Steeping River system.

The heroic urgent intervention of all those teams working together remarkably kept the station operational throughout. Its loss would have resulted in a larger number of homes being affected in and around Wainfleet. In total, the station shifted in excess of five million cubic metres of water from the flooded area over 11 days.

Thomson concludes, “Working in close collaboration with the Environment Agency and other authorities and voluntary groups, IDBs provide a cost-effective, efficient, local service in managing water where it really matters to people and the environment. The Wainfleet event demonstrated how professionals can come together in a very effective way behind the scenes. It is increasingly important, however, to publicise that joint service provision more and allow people to understand and support the work being done to reduce the risks of their lives being affected by flooding and drought.”

Picture: The discharge of water from the Steeping River into the Bellwater Drain.